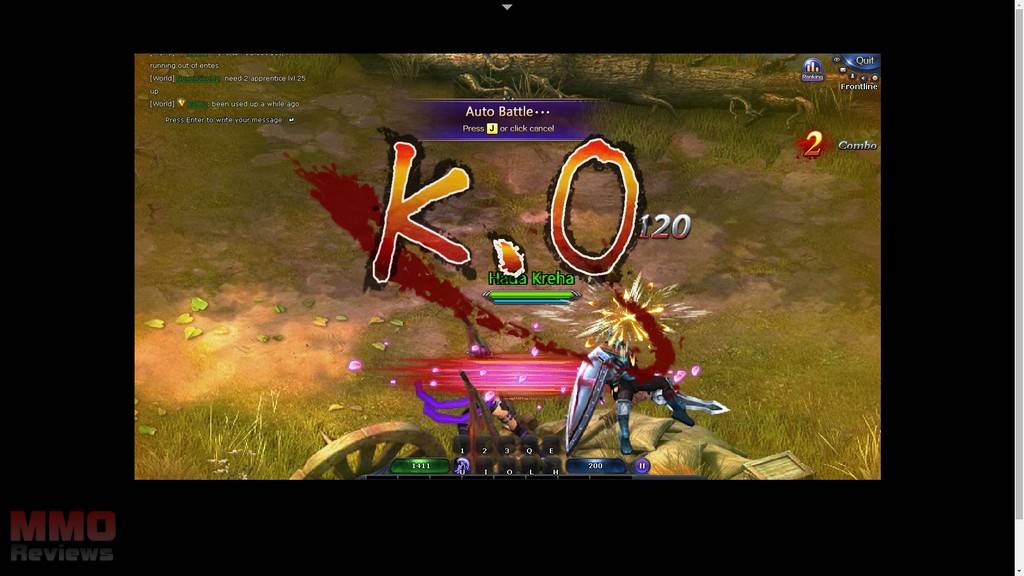 In Dragon’s Wrath, players rise as mighty heroes in a land where dragons have all but wiped out humankind. Mercenaries have been called forth to fight in the battle and you have answered the call. This free-to-play MMO focuses on players building up their own hero, acquiring new companions and braving dangerous dungeons to fight challenging monsters. Dragon’s Wrath can be played directly through the game's official website, played via any web browser and does not require a client download.

The realm of Heberyan is the last known home of the humans after Ferric, the Black Dragon, has all but wiped off the face of the world. And now this safe haven that they had carved out for themselves is under threat, as Ferric marches his army upon them. In the last fight to defend humankind, the call has been put out for mercenaries that will help defend Heberyan against Ferric, his Dragon Knights and the human slaves that must fight in his name.

The game revolves around players working to improve in advance their main hero, completing quests as they advance through the game's primary story arc, tackling challenging PVE features to earn extra XP, gold and items in the hopes of improving themselves to take on even greater challenges.

The classes are defined by four typical characters, each with their own background, quest line and unique combat style accompanied by their own set of powerful skills and abilities:

Assassin - With her two razor-sharp blades, this agile and dextrous woman uses stealth to move in and out of battle with deadly precision.

Gunner - A ranged combatant, the handsome Gunner uses twin pistols to bring down his marks, whether human, demon or dragon no target is too big.

Mage - A powerful arcane practitioner, the Mage has a number of abilities at her disposal, from powerful area attacks that will devastate groups or even teleporting across the battlefield.

Saber - Relying on his trusty great sword, this powerful warrior can put together devastating combos when battling his enemies as his sword itself yearns for the blood of dragons.

There is a wide variety of features that players can get involved in within the game, from PvP, PvE and even social aspects such as raising pets, there is something for everybody:

Ice Guardian -  Once the Ice Guardian is released during a set time, players are able to fight back waves of monsters and earn rare items such as gold, Mount Advance Pills and even Star Pieces. The top 10 players will also receive extra rewards at the end of the event.

World Bosses - A world boss will appear at a set time every day for players to try andtake down as a team, working with each other to try and destroy this challenging opponent for great rewards; the player that deals the most damage to the boss will accrue even greater rewards.

Pet System - Players have the chance to acquire new pets in the shop; they can purchased using the premium Diamonds currency and can be accessed for free by waiting eight hours. Pets have a maximum of 10 ranks, the higher a pet's rank, the more bonuses and attributes it has and will directly affect the players own performance in battle. As well is this, it brings with it its own pet skills.

Whilst the game is a free-to-play MMO, players can purchase VIP Status that gives them access to a number of different game functions such as being able to reset instances, a bonus on their attributes, extra Luxury VIP Packs for more resources and many more things.