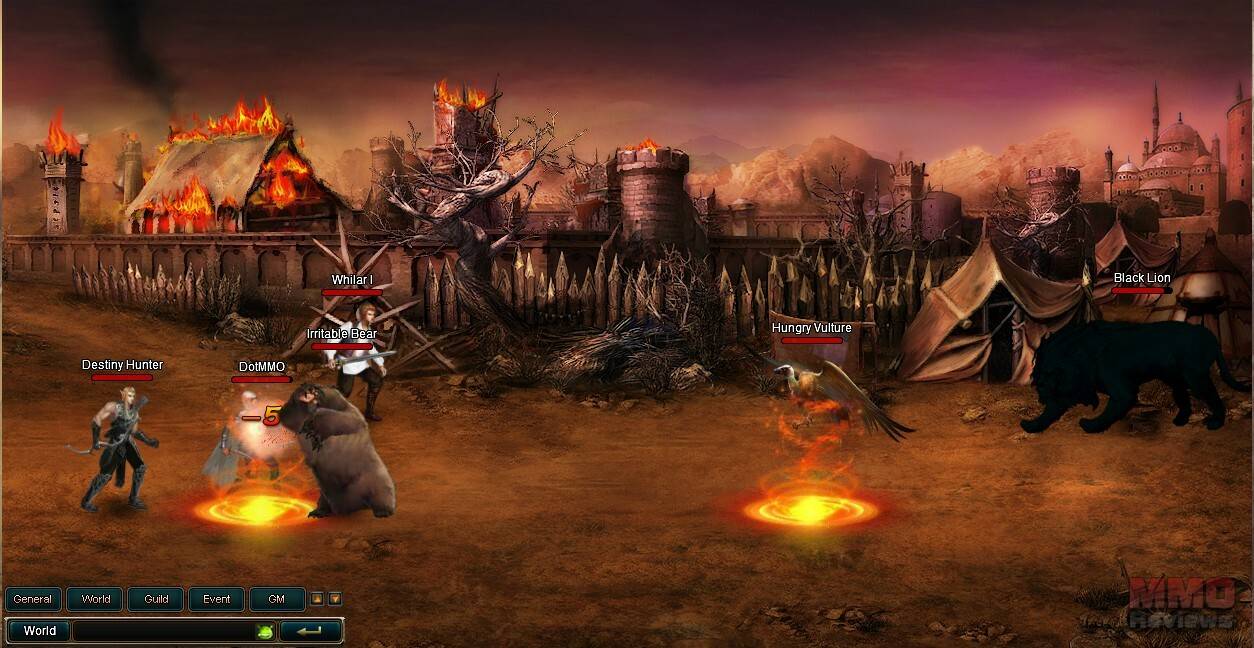 Dragon's Call 2 is a browser based Free-to-Play MMORPG where players journey through the lands battling against fearsome creatures and terrifying monsters, completing quests and looting new gear and magical items. Unlock new abilities, gear, quests and accessible events as you increase your level, meaning there is always something new to work towards.

Dragon's Call 2 is basically a quest based PvE game where players can travel around the land completing missions with completely automated combats, which means that once a combat is initiated the player does not need to do a thing.

The players have to build up a strong team, getting new gear, learning new formations and unlocking talents to make them a strong opponent in any battle. Players can take part in many different PvE quests, fighting World Bosses and even battling in the Colosseum, but PvP takes an equal place in the game where players can fight against each other for Reputation and gold.

There are three classes that players can choose from: