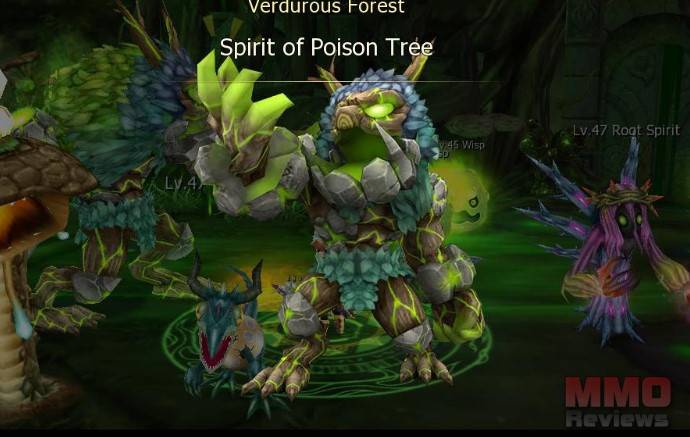 It offers four basic classes, each one with different evolution paths to choose from.

Archer
Archers produce powerful damage from long distances. Their specialization in bows and arrows allow them to target their foes with precision. In order to be effective, they have learned to use quick hit-and-run tactics. This has also helped them be evasive as they are not physically strong.

As Archers progress, players have the choice to be Hunter, later pathfinder and Sentinel, or Marksman, later Specialist and Destroyer.

Warrior
They specialize in close melee combat and try to overpower their foes with brute strength. Their abundance of health and use of battle armor allow them to absorb a multitude of attacks. The warriors balance in offensive and defensive abilities make them the ideal class for most combat situations.

As a Warrior progresses, player will be faced with the choice of becoming Knight, and later Paladin and Dragoon, or Gladiator, then Myrmidon and Overlord.

Magician
They are highly passionate about magic and spend years learning about its capabilities. The combination of wisdom, knowledge, and magic produce limitless possibilities. Though Magicians are physically weak, their strength lies within powerful magic attacks and healing abilities.

As Magicians progress, players have the choice of evolving into healing Monks, later priest and invoker or Wizard, later warlock and sorcerer.

Thief
Thieves use their speed, stealth, and intelligence to their own advantage. Their stealth and agility allows them to gain the upper hand in any battle by positioning themselves in advantageous position against any foe. Thieves count on close quarters combat to search out weak spots within an enemy's defense and exploit it to their own needs.

As Thieves evolve, players have the choice to become a Bandit, later Rogue and Savage, or Infiltrator, later Assassin and Ninja.

Since the close of the Dragon War, dragons and humans lived in peace on separate worlds – humans on their homeland, and dragons exiled to the depths of the Aether.

It was not to last.

Consumed with the desire for revenge, the Dark Dragon Elga led a revolt that brought the death of the Dragon Lord and an invasion of the human world. One thousand years have passed since the Five Heroes of legend defeated Elga in battle, and imprisoned him in the labyrinth prison of the Shadow Cabinet.

Now, an unlikely agent threatens to release the Dark Dragon, spreading evil’s corruption across the land. And as before, heroes must rise to beat back the darkness.

There are several pets that can be found in the world of Dragon Saga. The world currently has six known pet types (Husky, Felix, Griffon, Maple, Greenie and Pinecone). They may assist you in combat and will require special care.

Certain pets in-game may be obtained through questing. The Pet merchants can be found in some villages and towns and will provide the quests to obtain the pets. Pets may also be purchased through the Item Mall. Some pets will be sold on a seasonal basis. Please be alert to any updates on the website or community forums.

Pet items and accessories may be purchased as well. Food is a basic requirement for pets. Pet food can be stored into a pet's inventory. Pets may also assist you by providing stat bonuses. Different pets may give different bonuses. There are also pet accessories that may be obtained to increase the strength of a pet.

Enchanting increases an item's base stats. When an item has been successfully enchanted, the item's name will change.

When items are found from defeating monsters or completing quests, the items are normally categorized in one of these five grades. The advantage of Soulcrafting is that you can elevate an item of your choice, immediately, so long as you have the proper materials for the Soulcraft.

Each item will have a specific grade to the item. This grade influences the amount of bonuses the item gives to the character. The higher the initial grade of an item, the more stat bonuses will be given upon a successful Soulcraft.

Throughout your adventures, you may find recipes that can be found from defeating monsters. These recipes contain instructions on how to create culinary delicacies that have special effects when consumed. These special dishes can restore health, mana, and even reverse abnormal status effects.

There are many different recipes that create a variety of different dishes. Each dish can help your travels in many ways than one.