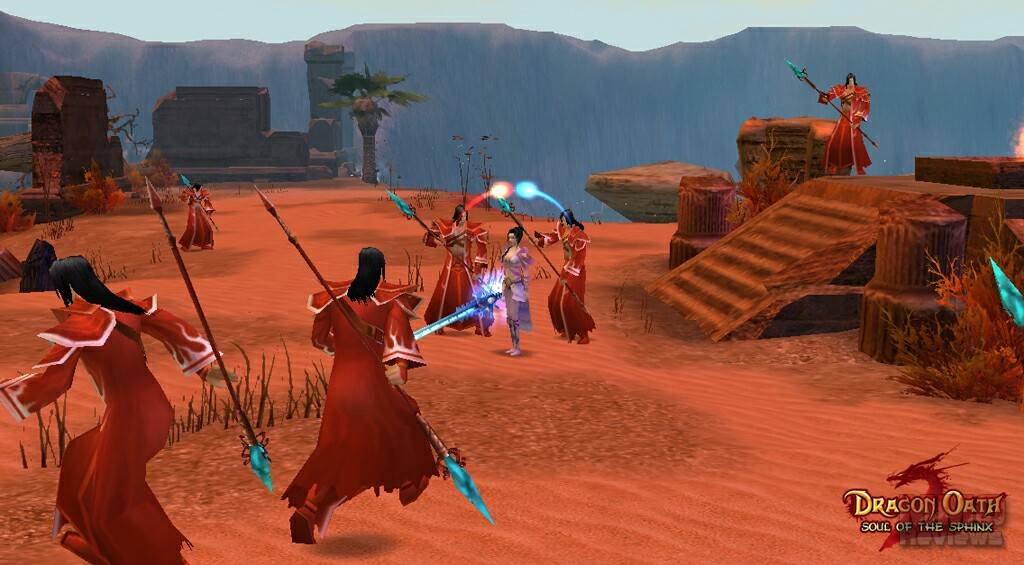 The game is a free-to-play martial arts MMORPG set in ancient China during the time of the Song Dynasty in 960 AD. Dragon Oath 2 is based on the eight races of non-human deities described in Buddhist cosmology, and allows you to immerse yourself in a world of ancient Chinese lore, and take part in captivating quests. The gameplay mechanics put emphasis on teamwork and community as marriage, guilds, and blood relations play an important role in the overall experience of the game.

The background of the game revolves around an elaborate saga of complex, troubled relationships among various kingdoms and sects during China’s Northern Song Dynasty, involving the warring empires of Dali, Song, Western Xia, Liao, and Tubo. The struggles within these empires affect the bonds between characters and their families, societies, ethnic groups, and countries. As a result, strife and conflict abound, and each player will find himself quickly pulled in to the fray.

In Dragon Oath 2 players can shoose between ten different classes:

The game focuses on team play and encourages players to make friends and have a friend list to which they are able to add up to 100 players. Friends can chat privately and will increase their friendship degree when taking part in combat alongside each other. A certain friendship level enables them to swear and marry.

Players can also become team-mates without being friends. Killing senior monsters together will double their received EXP. The game moreover offers possibilities to join guilds as well as establish kinship.

Souls are non-combat entities that players are able to upgrade, customise and assign attributes to. When activated, these attributes will boost the character’s own ones. Every soul has a special feature composed of four elements: Wind, Earth, Water and Fire which will increase the character’s attack power when fighting against other opponents.

Souls can even learn skills or be socketed for even larger attribute boosts. As the soul grows in experience, it can be upgraded, increasing strength, intelligence, stamina, willpower and agility. It can also acquire new attributes whenever a new slot is activated. Players are able to delete current attributes they are unsatisfied with and replace them with desired effects. By socketing elemental stones, the soul’s attributes can be upgraded.

The pets are very useful companions capable to make a significant amount of damage and provide buffs for their masters. Depending on the type, they can damage enemies, cast buffs, remove negative status effects, restore their master’s MP, and more. When fighting at the player’s side, pet gain experience and level up. Each level grants attribute points that can be spend to increase certain of the pet’s attributes.

At the beginning players are limited to two pets and later on to three pets at a time. They may therefore release a current pet in order to obtain a new one. To acquire a pet, they need to find a monster that can be tamed (not all species are tameable) and then attack it to drop its HP to zero before they will be able to capture it.

There are three different types of pets that can be captured: young pets, wild pets, and rare pets. They vary in appearance as well as attributes.

The game features multiple daily events, which take place in special areas that generate a new copy of a map for each group that enters the area.