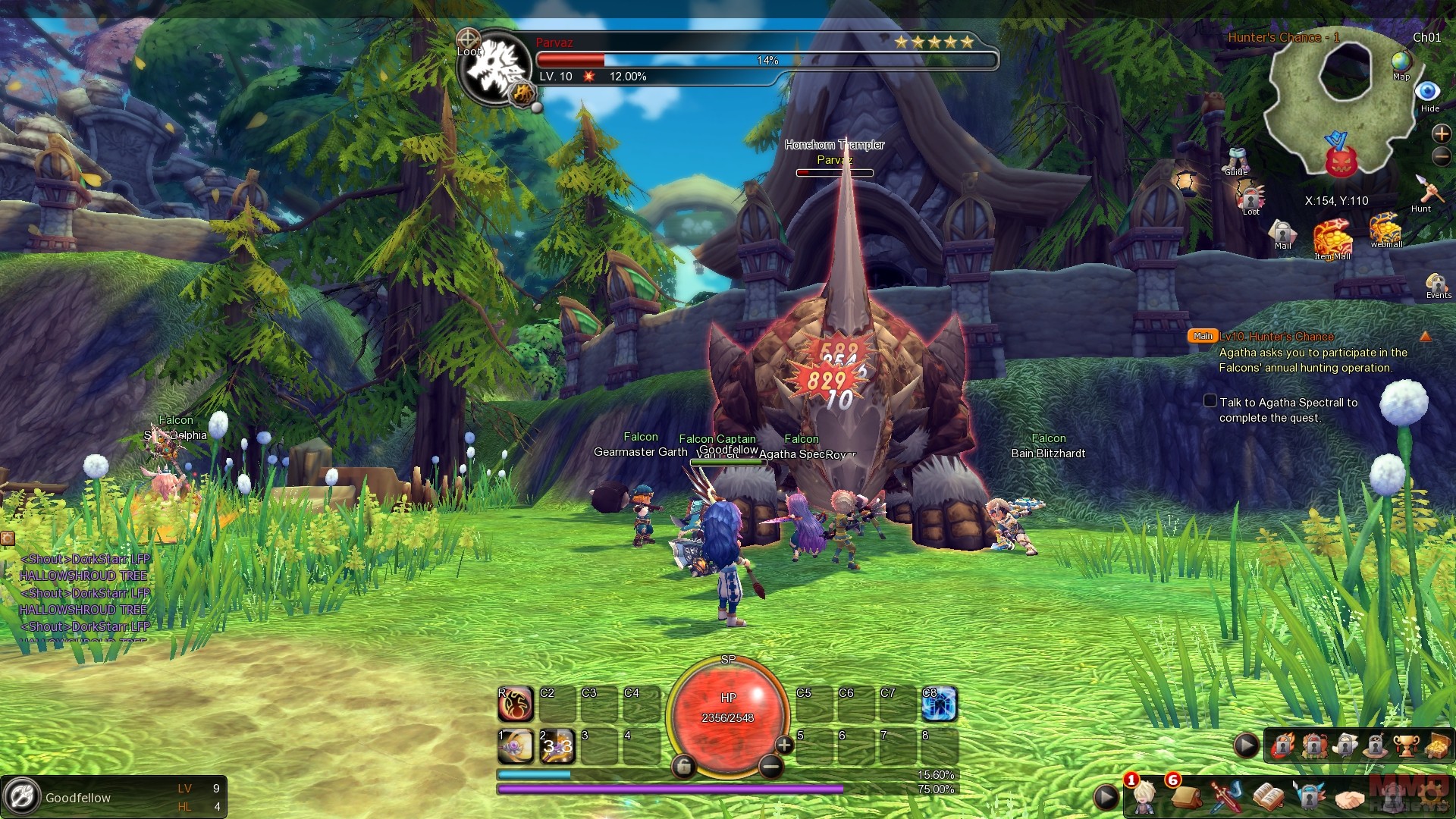 A wonderfully imaginative free to play sandbox MMORPG, Dragomon Hunter sees players taking on the mantle of adventurers of the same name; their purpose in life to travel the far reaches of the world of Wyveria to track down wondrous, and often dangerous, Dragomon. These Hunters will find themselves scaling icy mountain peaks, delving into the densest jungle swamps and visiting incredible cities in their journey to seek out, defeat and capture over a hundred different Dragomon in the game.

The core of the game revolves around players playing as Dragomon Hunters and attempting to find and collect all the Dragomon available in the world, a difficult and challenging task worthy of only the greatest of Hunters. The world of Wyveria is vast and dangerous, heading to new locations will reveal completely new Dragomon, each of which has its own behaviour and skills, from hostile territorial Scarlet Fangaurs with its ferocious bite, adorable mountable Hedgehogs and even flying Cobolt Wyverns and a number of other fierce airborne dragomon. Whether flying, swimming or walking across land, each Dragomon has its own behaviour that players will need to watch and act accordingly, setting traps to defeat the Dragomon to add it to their collection.

There are 4 unique classes available to play in the game, with each character being cosmetically customized during account creation with a variety of skins, hairstyles and facial features. The four available classes are:


With their own unique skills players will acquire points to upgrade three different masteries that will allow them to customize their class to their own preferred style of play, able to upgrade and improve their skill or add additional perks and improvements to them.

Dragomon are more than simply a challenge for Hunters to try and defeat, they are each potential companions that can be added to a Hunters collection of pets, able to summon these creatures forth and have them battle alongside the player as well as being used as a mount. Riding around on a giant wyvern, or one of the other more exotic and rare Dragomon, is an indication of how good a Hunter that player is and those rarest and hard to defeat Dragomon being a real symbol of prestige.

One of the important aspects of any Hunter is their gear, with various items of armor and weapons that they can craft, ensuring a Hunter has the right tools for the job is vital as going into battle against a powerful Dragomon with a weak weapon will have little to no affect. Players are able to craft their own gear using powerful Dragem components, a unique material that is dropped from Dragomon when they are killed in battle; each Dragomon has their own specific type of Dragem that they will drop, with the most dangerous and challenging Dragomon having the rarest of Dragem to create the most powerful items.