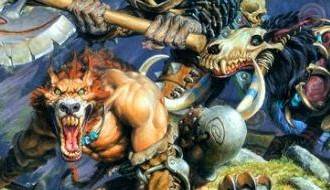 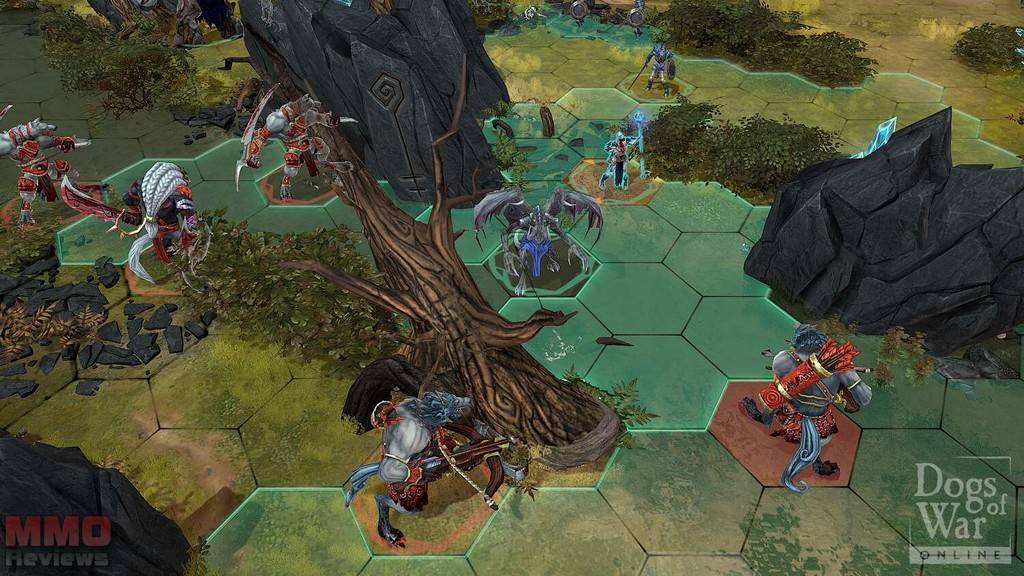 Based on the tabletop strategy title Confrontation, this massively multiplayer online game allows players to form their own company of mercs to participate in tactical and fast-paced turn-based battles. Dogs of War Online lets players choose from a divers array of battle units and can be played for free.

The Kingdom of Alahan (Lion) – These defenders of light and justice are courageous combatants against all evil and the darkness spreading over the world. Their varied lines of defenders and attackers are comprised of archers, armoured knights and mages.

Children of Yllia (Wolf) – With their savage and predatory ways that are brutal and primitive, the army of Wolfen has brought pain and fear to the people of Aarklash. Their lower defences are made up by quick moving, multiple attacks and high burst damage.

Baronies of Acheron (Ram) – This nightmare horde of demons and undeads has come out of the spectral fog. Their units move rather slowly but have powerful attacks and high defences, frightening opponents nearby and dealing brutal strikes. Those unable to escape will get killed and rise again to join them.

Gameplay take place on maps made up of conventional hexagons where tactics and strategy are needed to defeat the opponent. Players have to navigate across the map that presents diverse terrain features, performing ranged and melee attacks in order to try and gain a superior position against their enemy. Each player’s turn lasts 30 seconds in which they are able to act, resulting in particularly fast-paced matches.

In addition to a variety of actions that can be performed per round, units also have several special abilities at their disposal they can make use of throughout the entire match.

The game enables players to customise and upgrade each of their army’s individual units, allowing them to choose which skills they like to increase. This provides them with a huge range of customisation and strategy to set up a personal team that best suits their play style. When being used in battle, units individually gain their own XP to increase in level, which grants access to a divers array of skills at each level threshold, some of them requiring skills from previous levels.

When levelling up, players obtain Army Points (AP) allowing them to have a larger number of units in their team. To ensure balanced battles, they are matched up against opponents with similar AP.

In addition to tutorial and traning modes, the game features these 3 different game modes:

King of the Hill – Players are tasked to capture a central area in order to score points, the team with the most points at the end of the game is declared the winner.

Elimination VIP – Each team has their own “Notable” they have to defend while the rival team tries to kill them to win the game.

Deathmatch – Players have to destroy all opponent units within no set time.

There are various missions players are able to accomplish in order to earn some additional XP and gold to enhance their team apart from player versus player battles. These can be undertaken without being online; there are, however, penalties like units getting injured. It’s possible that a unit sent out on a mission gets killed. In this case, the player is able to revive it by using a "Fate Card", purchasable from the armoury at a high cost; otherwise this unit will be lost forever.