Dogs of the Seas score:

Dogs of the Seas screenshots: 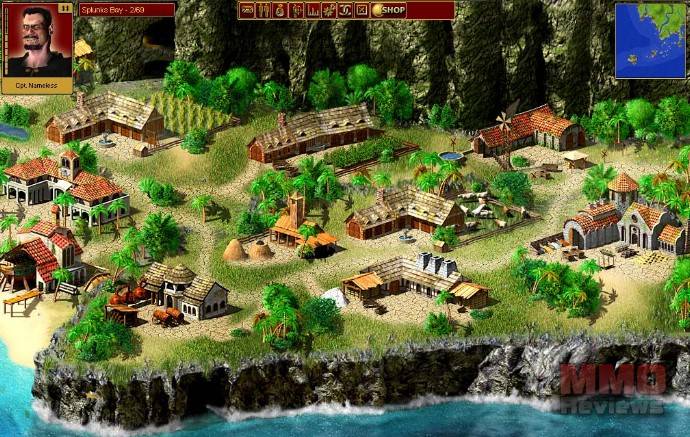 Dogs of the Seas

Dogs of the Seas review:

Dogs of the Seas is a free to play broowser based MMO which is a combination of strategy and role-playing. Exciting action is offered in the form of real-time sea battles. You take up the career as a pirate, let dealers and other pirates learn to fear you. Or you could concentrate more on production and trade. Become a major supplier of ships or cannons. In ether way you can become rich and powerful, this is your fate in the Caribbean.

Create your own pirate cove with more than 14 kinds of production buildings and develop it through two stages of technology. Build your own fleet from 22 different ship classes and sail between the ports of the 36 major cities, spread across six regions with more than 200 sectors. Trade and fight for more than 400 different products and items. Experience this free online game with fantastic game-play, in-game chat, opulent graphics and a large community.

You start your adventure as an unknown pirate in the heart of the Caribbean. Battle and Trade your way to affluence and standing. Your armed battle ships that sail through the Caribbean shall make you famous and dreaded pirate! Find valuable treasures, or hunt for other dreaded pirates. Take missions from the local agents, and qualify for adventurous smuggler jobs, pursue other smugglers or take part in regular events. Handle and trade with rare goods or produce valuable and powerful ships or cannons. Wild computer pirates and peaceful dealers populate the Caribbean waters along with thousands of fellow pirates. Sink your opponents and plunder their vessels in real-time battles player vs player (PvP) or against the computer generated factions. Trade with alliances or friends on the high seas for valuable possessions. Create an alliance or join another to participate in the political turmoil of the Caribbean.

The first view shows you your own bay with your production houses, your harbour, your inventory and access to the market. Here you can also contact your agent who will give you orders for missions and quests.

The second is the view of the Caribbean Sea. It opens when you set sail in one of your vessels. You can see other ships to sink, or to trade with. Plot your route to various destinations or ports of call, do missions or transport your goods across the Caribbean.

In Dogs of the Seas you can fight in real time against Computer opponents or against other players. There are many function keys available, which also can be freely configured to optimize your battle tactics at sea. Besides your battle skills, the equipment of your ships and how you fit out your ships play a major role. Choose from 3 different sizes of cannon each have 5 different quality classes. From 15 different guns and 5 different types of cannon balls are part of your ordinance.

- 16 Ship classes from standard or customizable in 4 levels by building ships with blue prints.

- Massive world with 100ds of town�s, harbours and bays in 6 regions.

- 2 factions of npc in 64 levels of difficulty. Advances Tactics and AI.

- Alliances with up to 60 members.

- 100s of complex missions or quests

- 6 Skill sets with 3 sub-skills. Time based skilling up to level 60

Dogs of the Seas game