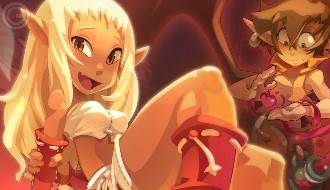 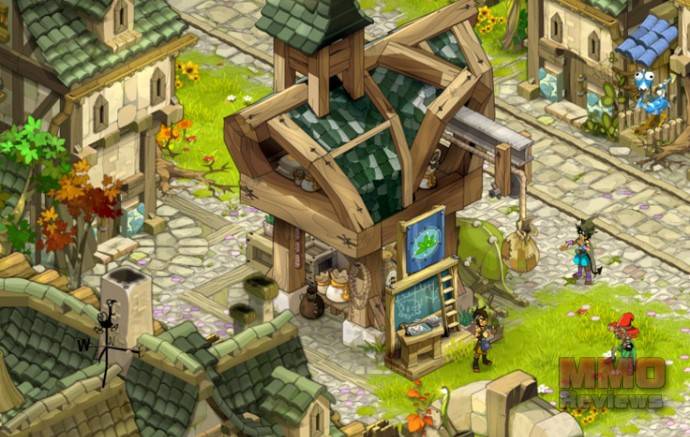 Dofus is a free to play Flash based MMORPG that has an extremely large player base with millions of players registered to the game, it offers a variety of free to play content with other areas and features restricted for paying subscribers. With numerous features such as dungeons, Guilds, professions, questing and combat it provides a vast wealth of gameplay as well as a huge world to explore.

Set in the World of Twelve, named due to the 12 gods which inhabit the world, players begin life as a chosen hero challenged with seeking out the dangers and evil that threaten the world and who will stand alongside others who have answered the call.

Dofus focuses on quest-based content where players will gain levels by obtaining experience through completing such NPC missions and killing monsters and enemies, as they level up they will gain characteristic points, spell points and life points which can be used to upgrade and improve the character offering up a variety of customisation options. The game features tactical turn-based combat where players must use a high level of strategy to defeat their opponents, either fighting solo or in a group of up to 8 other players.

With 16 character classes available the game offers a wide variety of choice for players, unique characters with their own skills, abilities and roles that they fulfil in battle allows a character for every play style that a player may want. Some examples of such characters:

Ecaflip's Coin - these cat like characters are gamblers using luck and chance to help them in battle, allowing chance to determine whether their attacks and buffs are harmful or beneficial

Sadida's Shoe - these tree folk are able to invoke nature and can use voodoo dolls, crowd control spells and make for a powerful offensive ranged attacker

Cra's Range - Elf like archers they specialise in long ranged bow attacks, the majority of their spells utilising these powerful weapons they are formidable and deadly at long range

The game itself takes place in real time, but when players enter combat they are transported to an instanced based version of the area and combat becomes a turn-based strategy where players and enemies have a time limit to take their turn and make any moves or attacks. Players have Action Points that they can spend to make attacks and perform various spells to heal, buff, manipulate movement and more as well as a set number of Movement Points allowing them to move their character around the gridded tile-based map. Combat continues until one side has lost all its hit points.

All players are able to learn up to 3 different professions, as well as up to 3 specialisations (Magus) in addition. The standard professions revolve around Gathering and Crafting skills where players can acquire their own materials and resources through gathering and harvesting (Fishing, Mining, Lumberjacking, etc.) and use them to create items through the Sword Smith, Shield Smith, Tailor, Butcher professions and more. As players level up and gain access to new recipes/schematics they can create more powerful items and gear to be used in their day-to-day travels.

Players can also pick up the Smithmagic “Magus” professions allowing them to create more powerful magical variants of some of the items available through the standard Crafting professions, though these professions require players to be of a higher level before they can be trained.