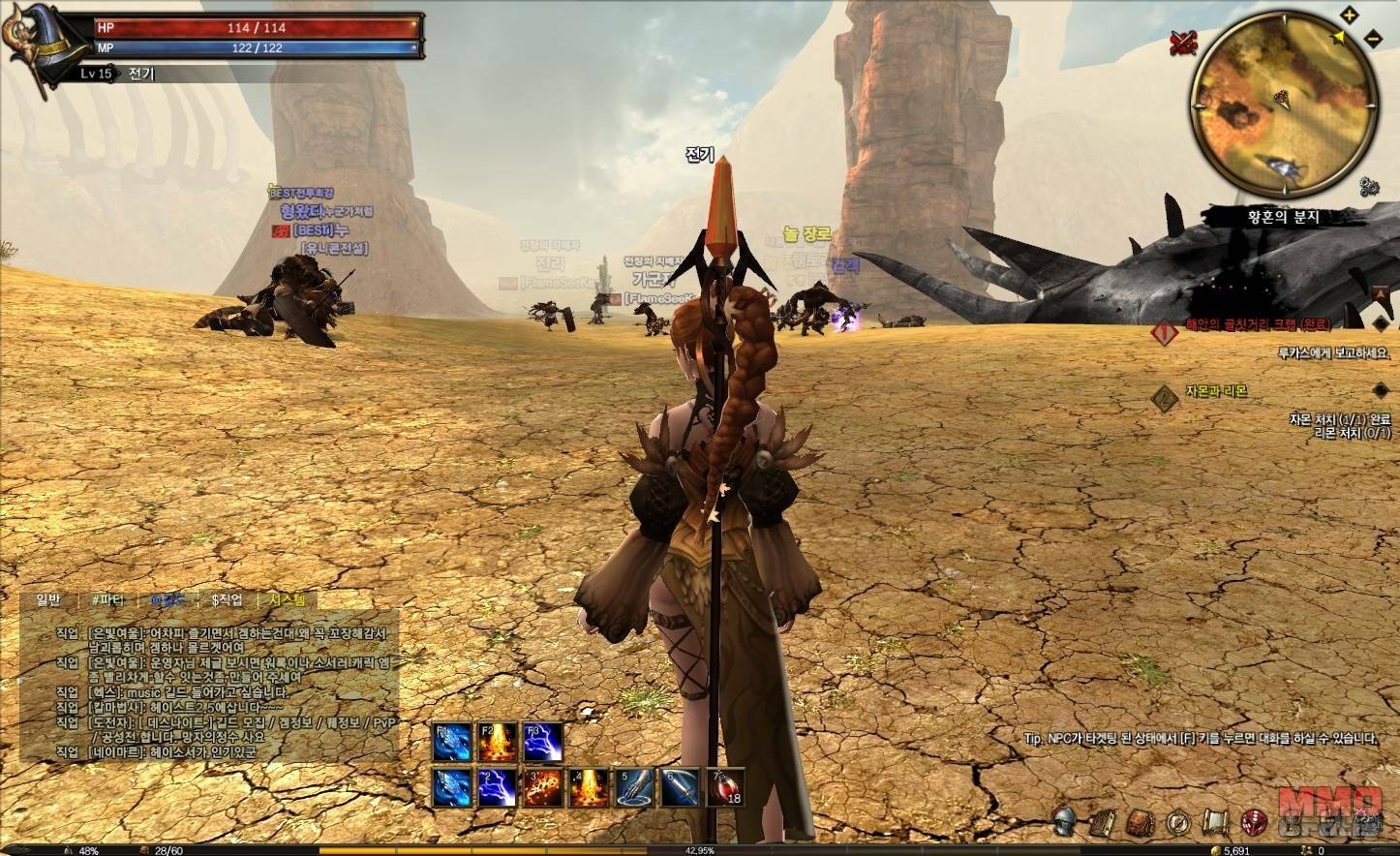 DK Online is a free-to-play anime-styled MMORPG with a strong focus on PvP. The game encourages players to team up with other players to overcome the toughest challenges and have lots of fun.

This game throws players into the warring medieval world of Latos where the malevolent ancient dragon Kharvag has risen once again. Now all the races have set aside their differences and they have joined forces against the evil dragon.

Players have to reestablish the tradition of the Dragon Knights and protect Litos from the evil dragon Kharvag.

In addition to 1-on-1 duels between players, entire guilds can declare war on each other and act out massive battles. Castle siege mode pits an attacking guild against a defending one, with ownership of a castle—and its wealth—up for grabs.

In addition to bragging rights, the guild that occupies a castle enjoys all the castle features, as well as the ability to collect taxes for the guild’s coffers.

Using this system you can temporarily become a variety of monsters, with their own stats and abilities. This is great if you are a tank and you need long range magic abilities, or if you are squishy and need to toughen up for part of a quest.

Your monster registry is a collection of all the monsters you can transform into. You start the game with all monsters levels 1 through 10 for free. Past that you must add monsters into your registry using Monster Cards.