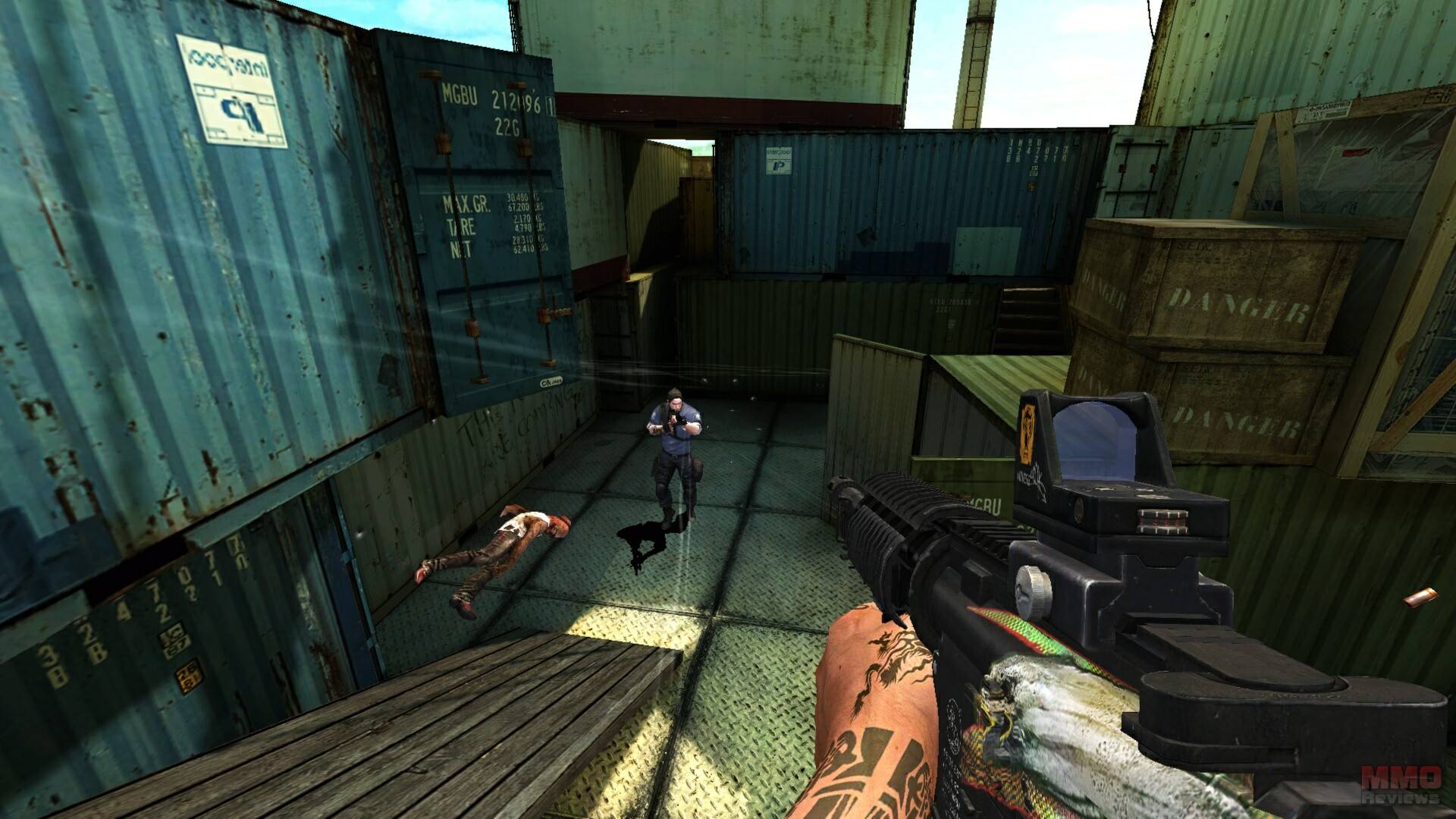 District 187 is a cops and robbers free-to-play first-person shooter where players are vying for control of a fictional city. Set near the end of the 21st century, players are in an unending battle for survival.

At the end of the 21st century, the world has fallen into a massive economic depression. In this brave new world, where money means everything and morality is up for sale to the highest bidder, wealth and power has naturally collected in the hands of the few. These people use what is left of the government to protect their own interests, but there are those who want nothing more than freedom for the oppressed majority and will stop at nothing to get it.

Death Match
The first team to reach the target number of kills wins. Players will respawn indefinitely until the game is over or time runs out. If no team reaches the target number prior to time running out, the team with highest kill count wins.

Death Match (Knife only)
This has the same rules as Death Match with one caveat – there are restrictions on what weapons can be used on the map!

Round Match
This game is played over multiple rounds. The first team to win a certain number of rounds wins the match. Destroy the entire opposing team within 2 minutes to immediately win the round. When time is over, the team with more survivors wins the round. If both teams have the same number of survivors, the round is a draw.

Scramble Mode
Each team must capture and bring a target object to their zone to earn points. The team that earns a specific number of points first, wins the game. The target object can be carried by a single player. If that player is killed while moving the object, it disappears. If neither team reaches the target points, the team with the highest score wins the game.

CLAN FIGHTS
The game will have a full clan ranking system where clans can fight against each other in ranked or unranked matches, but as well as the standard game modes there is a larger metagame system called “Street Fights”. Taking place Monday to Thursday it is here where the clan system really excels and clans can fight over a city map which is broken down into nine different districts, each of which has multiple maps to a district. Controlling a district gives the clan a unique bonus; owning the Business District will give the owners real cash currency to spend in the shop, owning the Slums will boost the owner’s melee weapon attacks