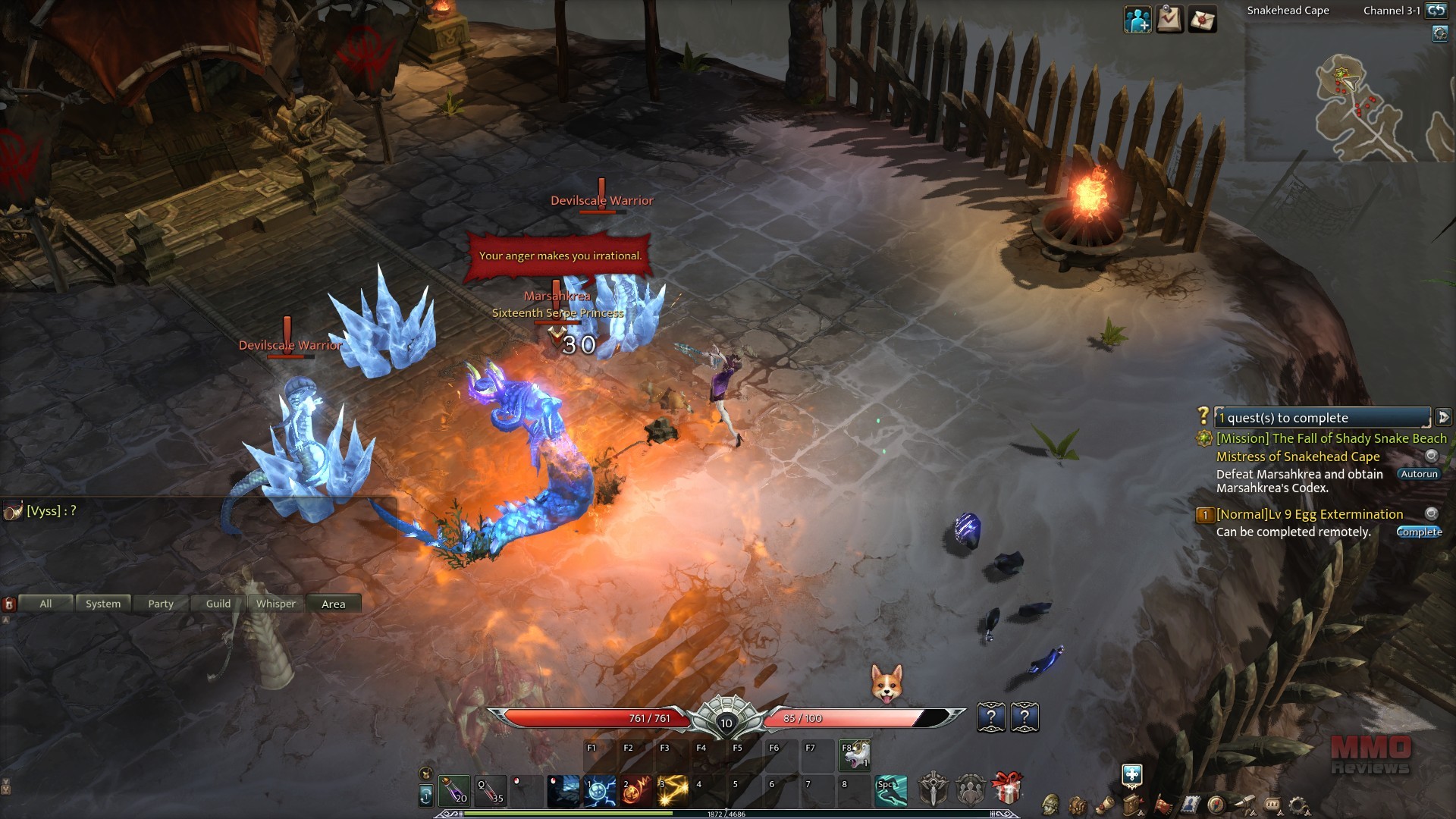 Completely free to play Devilian is an action RPG MMO that allows players to rise up as a champion tasked with saving the world from its biggest threat; a fallen god bent on destruction. As a half-devil Devilian your character will be one of the last hopes to protect the world of Nala as you head off to strange and dangerous locations, fight evil forces and battle against terrifying boss enemies in high action combat. A feature packed MMO title the game has PVP, PVE, Guilds, Pets and more, it high graphics making it a stunningly beautiful and immersive game to play.

Devilian is a traditional action RPG title true to the genre, featuring a primarily story driven narrative in the form of a quest driven story arc players will get to explore a huge world and find their place in it, their origins and unlock their true potential as a Devilian. Quests and exploration of the open world will lead to many enemies (great and small), rewards of XP will help a players character level and gain new abilities, and new gear will improve their stats to make them more powerful. With many combat focused features such as PVP and PVE/Dungeons the game is a classic RPG title.

There are four unique classes in the game that players can choose from, each is bound to a set gender/character, where players are able to make minor cosmetic changes such as hair and skin colouring. Each class has its own unique abilities and offers a different role when part of a group:

Berserkers – using twin blades they are brutally efficient in battle, with each attack their build up their rage that powers their furious enslaughts making them stronger and more deadly as the battle goes on

Evokers – magic users that summon the elements and control them with devastating spells to strike single targets or areas, able to hinder, control and hurt their opponents

As a half-devil players will soon realise there is more to their existence as they channel the devil within and awake their Devilian form; by attacking opponents players build up a personal Devilian Awaken gauge that once it is maxed out allows the player to switch to their secondary form. This Devilian form is considerably more powerful and allows the player to use enhanced attacks and abilities whilst their form continues, to propagate it players must continue to attack enemies to keep their gauge filled up or they will change back into their primary class form.

As an Action RPG the game boast fast paced combat; moving using WASD keys or the mouse players fire off attacks and spells with the numerical hotkeys towards their mouse cursor. This means players cannot tab/click target enemies, but must aim each attack individually either at an enemy, a group or at the ground to perform the ability in that direction. Similarly when enemies perform special attacks they show red targeting areas on the ground, giving players a few seconds to use their primary evasion ability to dash or blink towards their cursor and dodge the incoming attack. Players build up extra damage by performing combos, killing multiple enemies at once, which gives them a minor buff for extra damage that lasts a few seconds.

The games combat is supported by extensive PVE open world questing, challenging solo and group dungeons to acquire rare and powerful loot, and even PVP with 3vs3 battles, 20vs20 battles and Guild Battles.