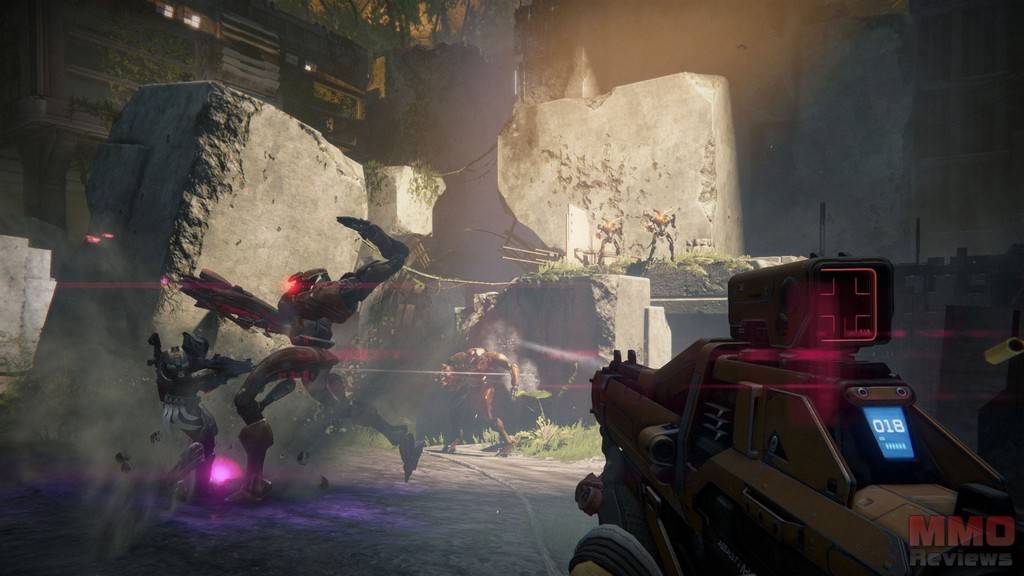 Destiny has been developed by Bungie, the developers of the ground-breaking Halo franchise that are now developing a new "shared world shooter" set in a persistent sandbox world of mythic sci-fi where players step into the role of Guardians in the battle to defend the last city of Earth against the threats and enemies that seek to destroy what is left of humankind.

Humankind has advanced to the point where space travel is a day-to-day occurrence, the Earth’s Empire extending across the solar system and the touch of humans felt on each planet and our own moon. We had reached a golden age, our civilisation excelled but all that was to end in the blink of an eye.

The Empire light shattered, strewn across the various colonised planets are great legacy now lies in ruin and the last vestige of humankind stands alone, back on our home world in the last city of Earth. Beset on all sides by enemies, including an alien enemy known as the Fallen, only by the monolithic sphere suspended above our planet are we protected. This sphere, the mysterious construction known as the Traveler, is our only protection against the threats that now surround us.

Rise up as a Guardian, defend the Walls of the City and salvage what is left of your people.

Titans: strong, deadly and determined these defenders can follow their lineage back to some of the early builders who first created and defended the Wall, and so to them has this task been handed down. Well armoured, well equipped and well prepared they stand ready to fight back against their enemies.

Warlocks: these mysterious scholars study the Traveler, hoping to uncover its secrets and slowly gaining mastery over its arcane energies, though true understanding of it are still a mystery. Trying to unlock the secrets of the past, both of the Traveler itself and of our own species, the Warlocks hope to discover the method for defeating our enemies.

Hunter: these opportunistic killers live for the thrill, often choosing to live outside the walls and hunting down big and lucrative challenges to test their skills. These talented and able fighters have now been called upon to help defend the people of the city, utilising these men and women once considered outlaws and outcasts for their innate skills at bringing death.

Humankind has been isolated, pushed back from the fringes that it had colonised, and forced to defend the last settlement on earth, a sprawling city surrounded by a huge wall that is the remaining speck of civilisation in an otherwise hostile solar system. Beyond the safety of the walls, ever protected by the Traveler, lies untold enemies and threats as well as hidden secrets and knowledge of the Empire that once was awaiting rediscovery by those daring adventurers that will risk their lives to find it.

Our own moon is now one of our biggest hazards, enemies that lay dormant within its core centuries now roam its surface creating an inhospitable environment that has been deemed a classified zone that all are forbidden from entering. The moon is not the only colonised territory that has turned against those, the industrial stations of Mars and the jungle colonies of Venus have had contact lost with them and now Earth awaits information from the Vanguard

The enemies that Earth now face primarily come in the form of the Fallen, a multi-limbed aggressive alien enemy that seeks to conquer Earth and claim it as its own. Similarly the Cabal, risen from the dusty plains of Mars and surrounding areas, details of this shadowy organisation are still unknown nor how far its grasp reaches.