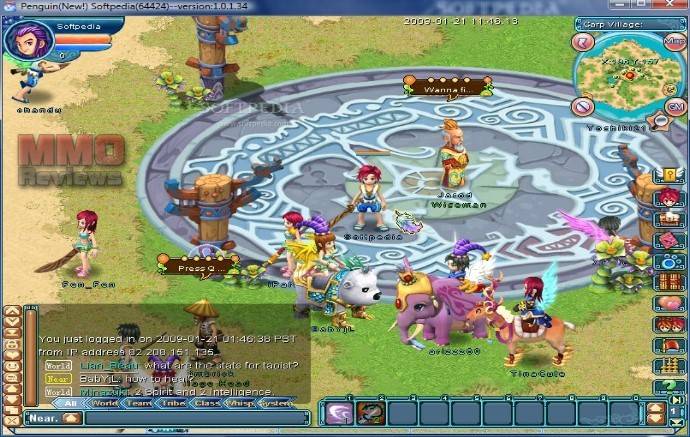 The legend starts in an ancient eastern world where one day, the 10 naughty sons of the Almighty God decided to turn into 10 suns playing over the sky. The human suffered due to the scorching heat and everything on Earth was dying. A hero appeared carrying a powerful bow and fired 9 arrows into the sky, shooting down 9 of the suns, and thus returned peace and safety to Earth. The 9 fallen suns, turned into nine golden plumes, and scattered over the great mystical land. It is said that whoever finds all 9 plumes will gain the almighty power of God.

- Warriors are adept in close-range physical attacks. According to legends, they evolved from the ancient tribes and experienced extreme hardship and challenge to train and improve themselves. As a result, warriors are genuine all-seasoned melee attackers and they enjoy amazingly high HP and physical attack power.

- A Swordman is adept in long-range physical attacks. Carrying a long sword, a Swordsman can chop off a hostile head from a far distance, by releasing the power of his sword to deal a heavy blow to enemies. His weapon has greater range, accuracy, speed, and lethality than anything ever dreamed of before.

- Mages are among the reincarnation of the strongest. Master of Fire Magic or Ice Magic, Mages can cast spells onto their enemies from a distance, and hence creating heavy magical damages. Legend has it that Mages are so powerful that they can move the mountains and overturn the seas, and teleport between heaven and earth.

- Although Taoists also wreak magic attacks, unlike Mages, they mainly curse their enemies to death. Furthermore, Taoists are very good at working with pets and their trained pets are of great help in their lives and battles.

- Priests possess unique healing power and therefore are always welcome in team formations. In addition, Priests can also cast magic attacks, although their attack power might not be as good as that of Mages. However, Priests possess a set of unique Thunder Magic which can create some surprising effects to their enemies.