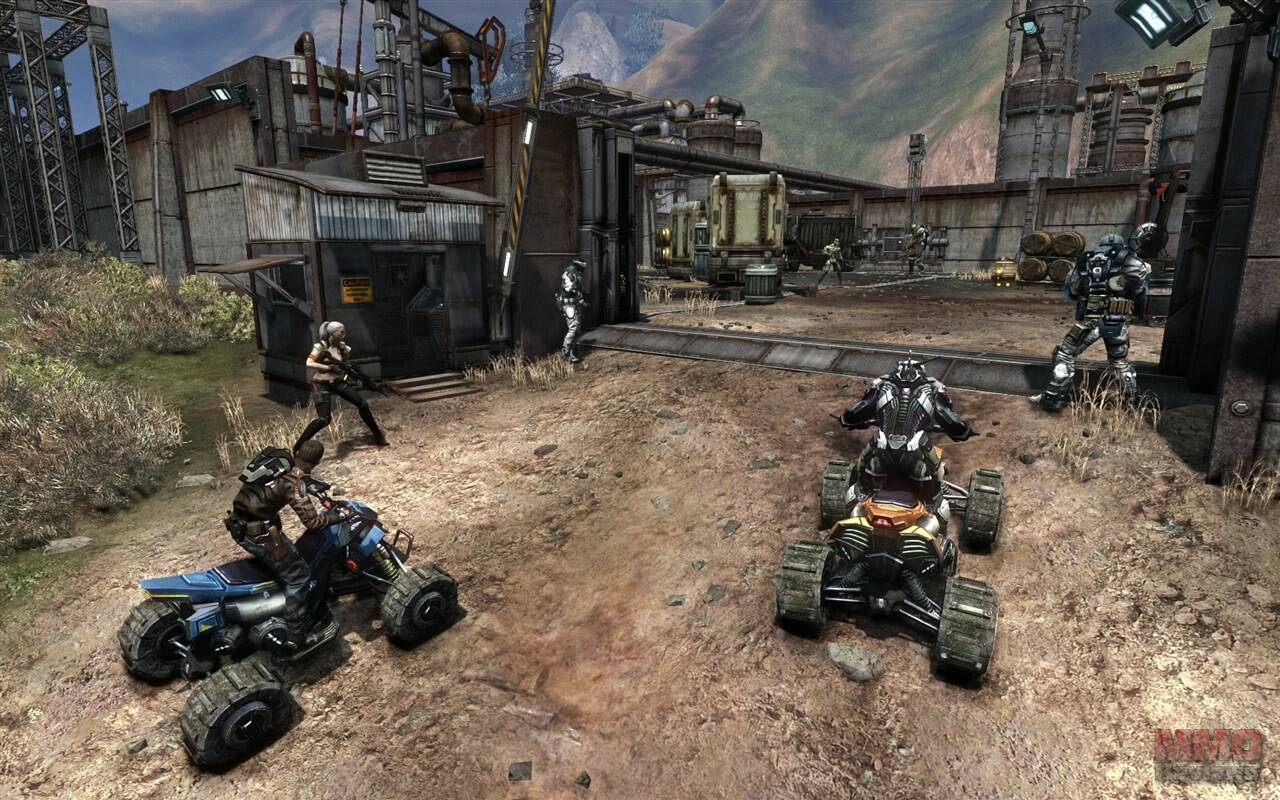 Defiance is a futuristic open-world massive multiplayer online third person shooter where thousands of players from different platforms patrol the Earth surface looking for advanced alien technology. You can explore the world alone or with others as you improve your skills and level up, unlocking powerful weapons and technologies that will help you to survive the battles that await you.

Karl Von Bach, of Von Bach Industries, has just signed a partnership with Earth Republic in order to launch a mission aiming to search for valuable arktech. A lot of different people answered the call and became Ark Hunters, helping Von Bach to locate what's needed. However, something went wrong and after a disaster, many members of the mission crew were killed or are still missing, including Von Bach himself. Now the Ark Hunters are struggling to rescue the survivors while trying to find Von Bach, who has located the Ark-Core technology he was looking for.

Player will be able to choose between two different races: Human and Irathient. However, the developers are already planning to add more race later after release.

Human - Humans are the native and most common race on Earth and are compatible with the Environmental Guardian Online Technology.
Irathient - ratienths have broad and flat nasal bridges and are often red-haired. Their society is divided into tribes and revolves around their deep spiritual beliefs. Of all the Votan races to have immigrated to Earth, the Irathients have adapted best, using their affinity with nature and tribal warfare tactics to thrive in the most dangerous frontiers of Earth.

In Defiance there is a classic MMO level-based character growth but without any classes. Instead you have to choose technology and weapons which will define your role. Deciding some aspects of your character you can customize it in order to fit your playstyle and the role you want to fulfill. You can also change abilities and weapons in order to have a flexible character.

Besides the main Mission which unveil the game's main storyline, there are different mission types that players can enjoy, like Side Missions, Hotshots, Time Trials, Rampage and Emergency.

In addition, player will be able to participate in Raids of the enemy strongholds, join special 4-player Co-op missions like Commandeer Cronkhite, Explosion 101 and The Motherlode, and compete in group PvP maps such as Freight Yard, Observatory and Waterfront.

Defiance features a constantly evolving environments with regular content updates and dynamic events. You can choose to play solo, or form groups with other players that are online in the game's world.

Salvage Matrix is a system that will let you modify and customize your weapons. Every weapon can have up to four upgrade slots where you can place parts such as scopes, barrels, magazine and more.

Defiance features a huge game environment full of content like dynamic missions, massive co-op battles and almost endless exploration. In addition, the long awaited Defiance TV series, brought to you by Syfy, will impact the game and will give you the chance to change the events in the show. The show, together with the game will form the complete Defiance universe, a vibrant media experience without precedents.

The "Environment Guardian Online", also known as EGO, is an implant that both Votans and Humans can use and which awakes their true potential well hidden in their DNA, unlocking incredible combat abilities called EGO Powers. Thanks to this synthetic DNA, the EGO-enhanced Ark Hunters can surpass the simple humans' capabilities and perform powerful attacks.