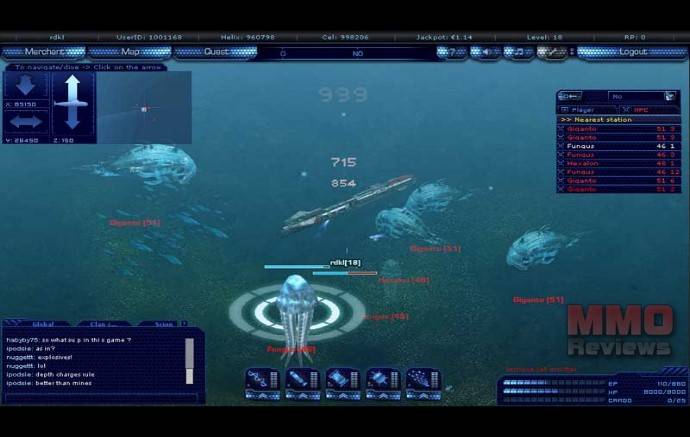 Developed by Bigpoint for Windows.

Deepolis is a 2D browser MMORPG where players control submarines on an alternative Earth where civilization has moved below the waves. Players must join one of three factions vying for control in this new environment and learn to survive the dangerous surroundings. With open PvP and other gameplay elements borrowed from previous BigPoint games, Deepolis has already attracted a large audience.

3 fractions are waging a deadly war against each other. Submerge and face the dangers of the deep sea as a submarine commander.

Nauts - The decedents of Artic researchers, the Nauts are a neutral faction who have the ability to freely trade at the stations of rival factions. Their submarines are the most well balanced in Deepolis.

Scion - The Scion are known for their advanced defensive systems. Their subs have more room for armor plating than the vessels of other factions. While Scion pilots can navigate near Nauts stations, the Jafnhar will fire on sight.

Jafnhar - The most militarized faction in Deepolis, their ships have plenty of storage space to accomdate Sonic Cannons. Jafnhar vessels are not welcome at Scion stations but can trade freely with the neutral Nauts. Jafnhar members trace their ancestry back to Russian and Japanese military officials.

While there are plenty of quests to complete, Deepolis is very much an open ended game with a strong emphasis on player interaction, particularly through the open PvP environment. The game has many unique features including the ability to dive deeper underwater in a ‘z’ axis.