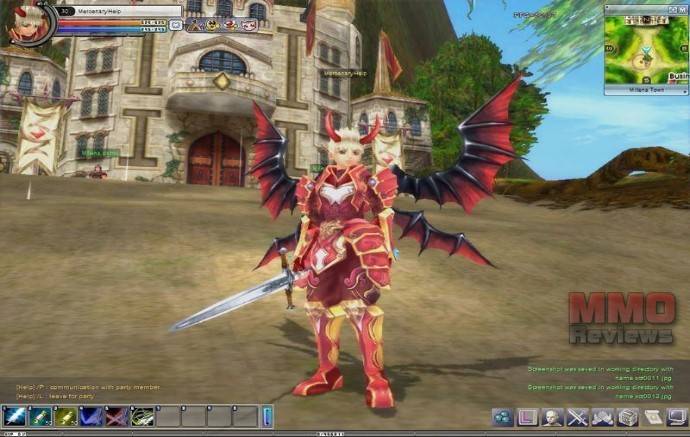 Developed by Rocksoft for Windows.

It is a Free to Play/Free MMORPG, which has no monthly subscription fees and instead the game features a Cash Item Shop. Cash Items aren't required to play DECO Online, however they do offer an improved gaming experience.

DECO online consists of two nations, Millena and Rain, Millena is a nation that uses weapons such as swords and bows while Rain players use magic.

The Millena race reside in Millena Town and its surrounding areas, unlike Rain that consists of mountains regions Millena is surrounded by vast jungles such as Twinible Forest, Forest of Destiny and the Plains of Memory.

Millena players have the choice of becoming a Knight, Mercenary, Slayer or Sniper at level 30. Knights and Mercenaries both use Long Swords, while Slayers use Big Swords. Knights, Mercenaries and Slayers all use the combo system (C, Z, X) throughout the entire game, while Snipers do not. Snipers are the only job class in Millena that doesn't require the use of the combo system.

Rain's players reside in the mountainous regions of Unicle, the world that DECO Online is based in. Rain is comprised of magic users who do not make as much use of the combo system as Millena players do.

Deco Online's battle system is not a program that has advantage when you have higher level, good equipment or in a good luck.
At the former MMORPG, the level was at the stage where it is easier to win over the enemy if you increase the level at battle, learn higher skill, and use the higher skill, but at Deco-Online you are not able to use higher skill right away.

Unlike existing games that you are able fire if you have SP or MP, you need to have a preparation exercise before you are able to use Death attack or ultra death attack, and this is called the warm up system.
In actual world if you do not warm up you body and engage in an exercise that has difficult poses right away it damages your body, and this system is similar to that situation.
In this context, at Deco-Online you are not able to use skill without combo gage tven though you have learned the skill and have enough SP to use it.

At Deco Online combo exists according to the separate weapon, job. For the basic warriors if they hit Z,X,C at the keyboard continuously and correctly during the general attack according to the timing mark, the combo attack without delay is carried out.
Whenever the combo attack succeeds, combo gauge accumulates, and when the combo gauge accumulates an aura around the character forms. When you have the aura around the character you are able to use the death attack. Of course for more strong death attack you need more combo gauge and darker aura.
That is, it is important to complete combo and earn combo gauge faster to use higher death attack in order to win the game.