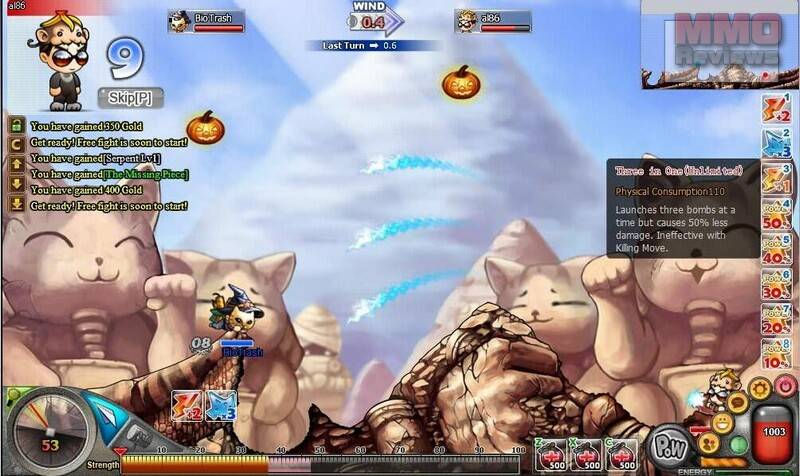 DDTank is a free to play, turn-based, multiplayer online shooter browser game where you compete with players all around the world. Players engage in a shooting based battle where, wind, angle, power, and position, all play an important role in order to deplete the enemy’s HP.

DDTank has two game modes: Adventure and Sports. It supports up to 4 players per match and the game also provides players with tasks and quests to complete which gives the game direction.

DDTank includes different social elements and activities on a World Menu which include:

Game House
This is where you'll line up to battle other players.

Shop
Here you can customize and upgrade your character with vouchers and coins.

League
Here you can start or apply for a league! Join up for awesome benefits.

Combat in DDTank is pretty straight forward: you either need to kill or knock your enemies off the map. Pretty easy: it just takes some time to learn how to practice aiming. Gameplay is easy to learn, but difficult to master. DDTank is very similar to Worms and Gunbound, but runs on a browser window. Anyone who has enjoyed Worms in the past will love DDTank.