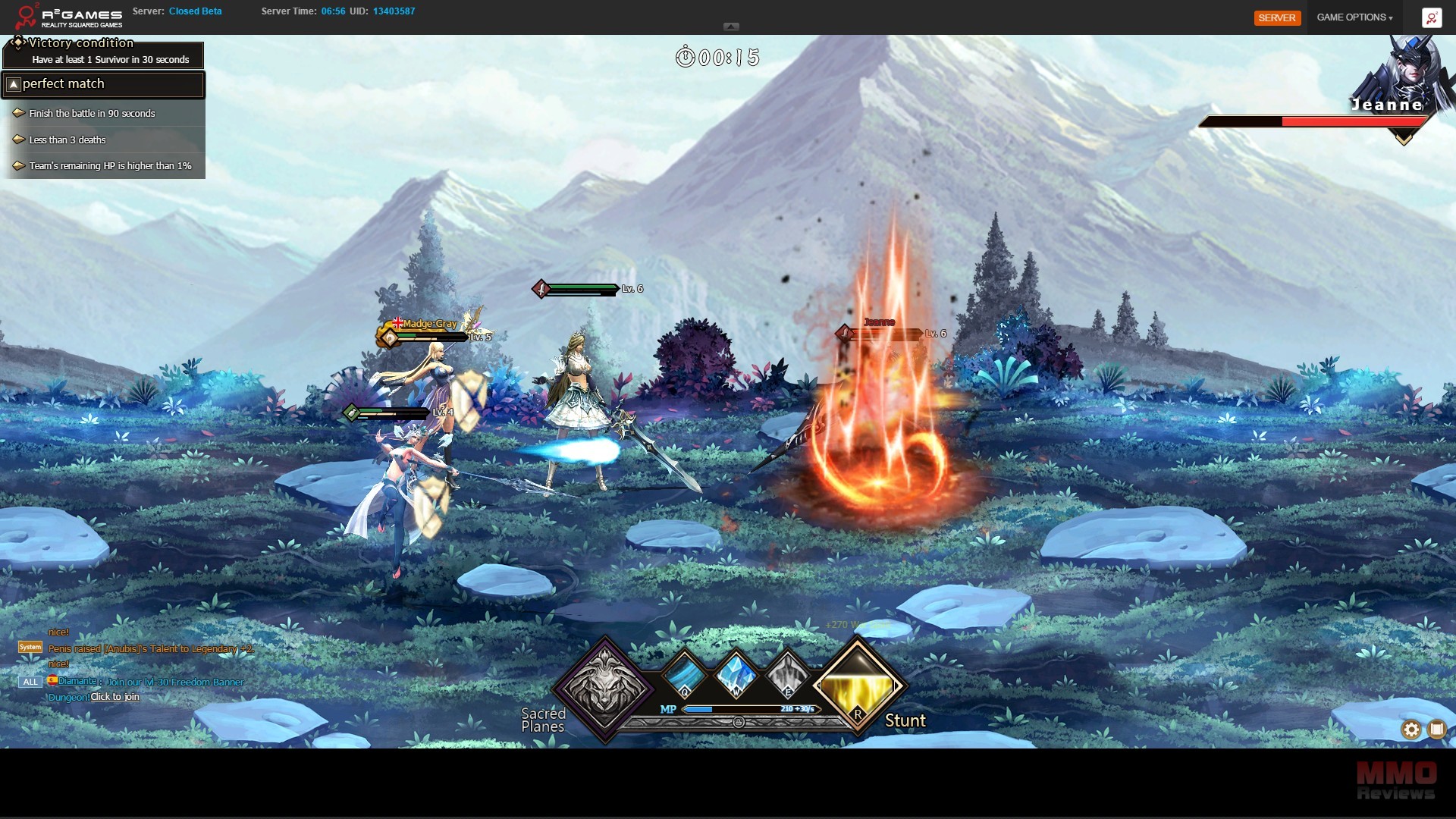 Dawnbreaker Online is a browser-based playable free to play strategy RPG where players must build up a team of heroes and battle through various PVE and PVP challenges, earning items and equipment, and improving their chosen characters to take on even greater threats and content.

The primary focus of the game is to build up a powerful team of companion characters, led by the players own chosen character class, and improving them through various systems and features to increase their individual character Power score as well as the overall team Power score and then take on more challenging content or face more powerful rivals in the PVP Arena.

Initially players can choose one of two classes as their main player character, a female mage or a male warrior; the mage is a defensively weaker fighter suited to long ranged attacks from the back line of a formation whereas the warrior excels as being a front-line fighter to melee enemies and defend his companions from attacks.

Players will progress through the games campaign and unlock new features and characters that can be adopted into their group and made part of their battle squad, each new companion has a role such as a tank, healer, or dps that will help fill in the gaps from a player’s character class choice, as well as using new character’s abilities to synergize with the player’s own.

Players can have three active companion characters, as well as their own player character, in their team formation where they get to choose which characters will be on the front line or back line as best suits the characters role and the player’s personal strategy e.g. having a backline heavy team with weaker defences but lots of ranged fire power. The position a character has in a formation is important as both their own abilities, and those of their rivals, can target specific location such as attacking all enemies directly in the column in front of them; meaning where the enemy is in their formation in relation to a character in their own formation would result in different targets being hit.

Players cannot control which targets they aim for, outside of choosing the position in their own formation, and in general attacks are automated attacks that the player has no control over. The play can control their own character’s abilities which spend MP, depending on the type and power of the ability being cast, which are bound to the QWE keys and will build up their Ultimate ability over time which is launched with the R key. Players also have access to their companions Ultimates, which will appear above the QWE keys when they are ready and can be triggered with the 123 keys allowing a greater amount of control in the battle for the player.

To improve a team’s Power rating players must play the game to earn XP and level their character, from here they can earn resources and currency to upgrade various aspects of their companions including their level, mounts, abilities, equipment and more; each of which uses up different resources and looted items. Players have elements of customization with their characters, gear and upgrades that will suit different play style and achieve different results depending upon what the player is after.

The main content that starts players out, and can be repeated later on, are the PVE quest stages where players battle through a series of linear PVE stages in a story-centric campaign, earning rewards for clearing stages, advancing the story, and meeting new characters. Alternatively players can head over to the Arena with their team and battle against other player created teams in PVP; albeit the players do not actually face off against each other and instead the challenger faces an AI controlled version of their targeted opponent; defeat the enemy and players will climb in rank to earn great prizes.