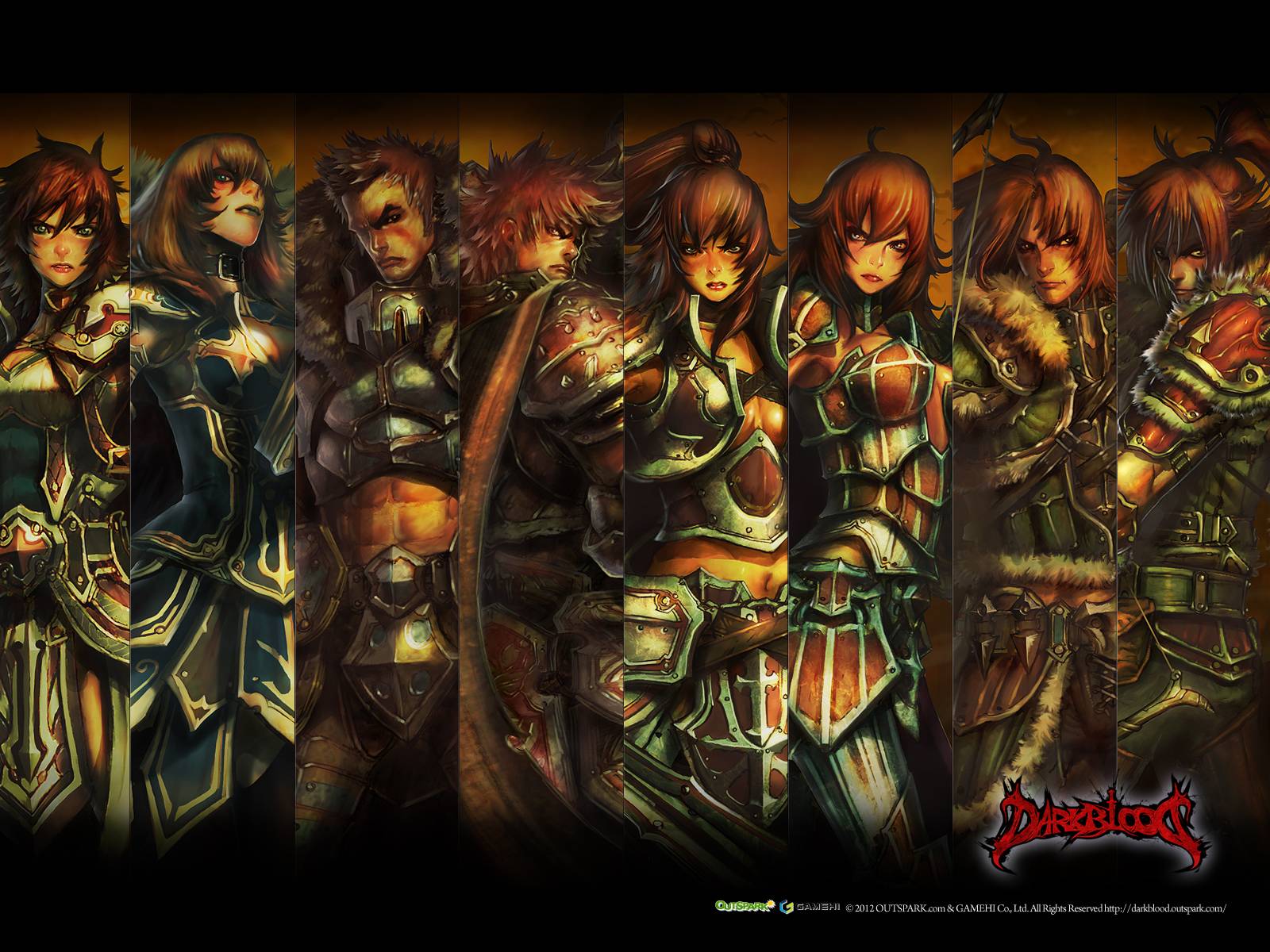 Dark Blood is a free to play client-based MMORPG meets classic brawler with a touch of old fashioned beat ‘em ups. Five hundred years ago the world of Atarsia had fallen to darkness; the Demon Amonsatuth had risen from the depths and spread chaos across the land. In that time four heroes emerged and fought for Atarsia against the demon horde and managed to vanquish Amonsatuth. Though the details of their accomplishment was lost to history one thing was made clear, one day a traitor would appear and once more release Amonsatuth upon the world; that time is now and you are the new hero that will rise to the challenge.

Without a doubt Dark Blood is an MMORPG, there is the social aspect and character level progression that is seen right across the genre, gain XP and increase your level to unlock new abilities and better weapons and items. The MMORPG element is most noticeable in the main social hubs where players can interact with each other, pick up quests from NPCs or quest boards, or buy and sell their items in shops. However, once you step away from the hubs you enter your instanced quest areas that are designed for solo play, however you can invite other players into your group to help you in an area; some areas are so difficult that the game recommends the number of players you should have in a group beforehand and encourages the social interaction of an MMO. The combat itself though is far different.

Taking a page out of classic arcade brawlers you can unleash explosive combos on your enemies and watch as points splash over the screen going to your instance score as you do epic combos and overkill moves that destroy your enemies, all working towards getting the classic High Score on the levels leader board. It is an arcade experience start to finish.

The game offers up a choice of four different classes that match up to the four heroes of the past who first defeated Amonsatuth. Due to the story the classes are actually gender locked where the Warrior and Hunter are both male characters and the Mage and Knight are female. At level 20 the classes each divide into one of two subclasses that focus on further specialized roles, as well as skill points that can be invested into your class to enhance specific abilities.

The Warrior is the typical hack and slash barbarian type, he’s all about heavy hitting and high damage with only medium defence and specializes into Breaker who does more damage or the Berserker who has a longer reach. The other male character is the Hunter, a balance of melee and ranged they can focus into Trickster who has a shorter range shortbow and some melee or the Shooter who goes all in with his longbow as a much greater expense on his limited melee capabilities. The first female character is the Knight, well armoured defenders with a weapon and shield either using a mace as a Paladin for more damage, or a sword as a Crusader for more consecutive attacks. Finally there is the Mage, wielder of the arcane, who has one of the most varied roles as a primary damage dealer with long range attacks but also acts as the parties’ buffer and healer. The Mages sub-classes consist of the Magician who can also add a host of enemy debuffs to opponents or the Sorcerer who further improves their destructive elemental magic capabilities.

Away from the PvE content of the game players can have 1v1 duels (though the Korean version currently has 4v4, so this may appear in the future) with friends and foes in a classic beat ‘em up arcade mode and unleashing combos to be the first to drop your opponents health bar to zero. The players start on each side of the screen in a closed off instanced area and receive a countdown for the battle, everything about it is an arcade bet ‘em up, and it’s extremely fun!

Almost everything in Dark Blood has some scoreboard that players can compete against each other to get on top of, similar to how arcade games would let you put in your three initials if you got a high enough score in the game. You can earn PvP Rankings through combat with other players, or try and gain the most points in a Quest/Monster zone through PvE, as well as unlocking various Achievement awards for completing different tasks whilst playing.

Available either in game or through their “Sparkshop” players can buy a number of premium items with real cash for their account and characters. There are many different items available to buy including customization options such as changing character appearance or dye for your weapons and armour, to more practical purchases such as the ability to respect your skill points if you want to try out a new build.