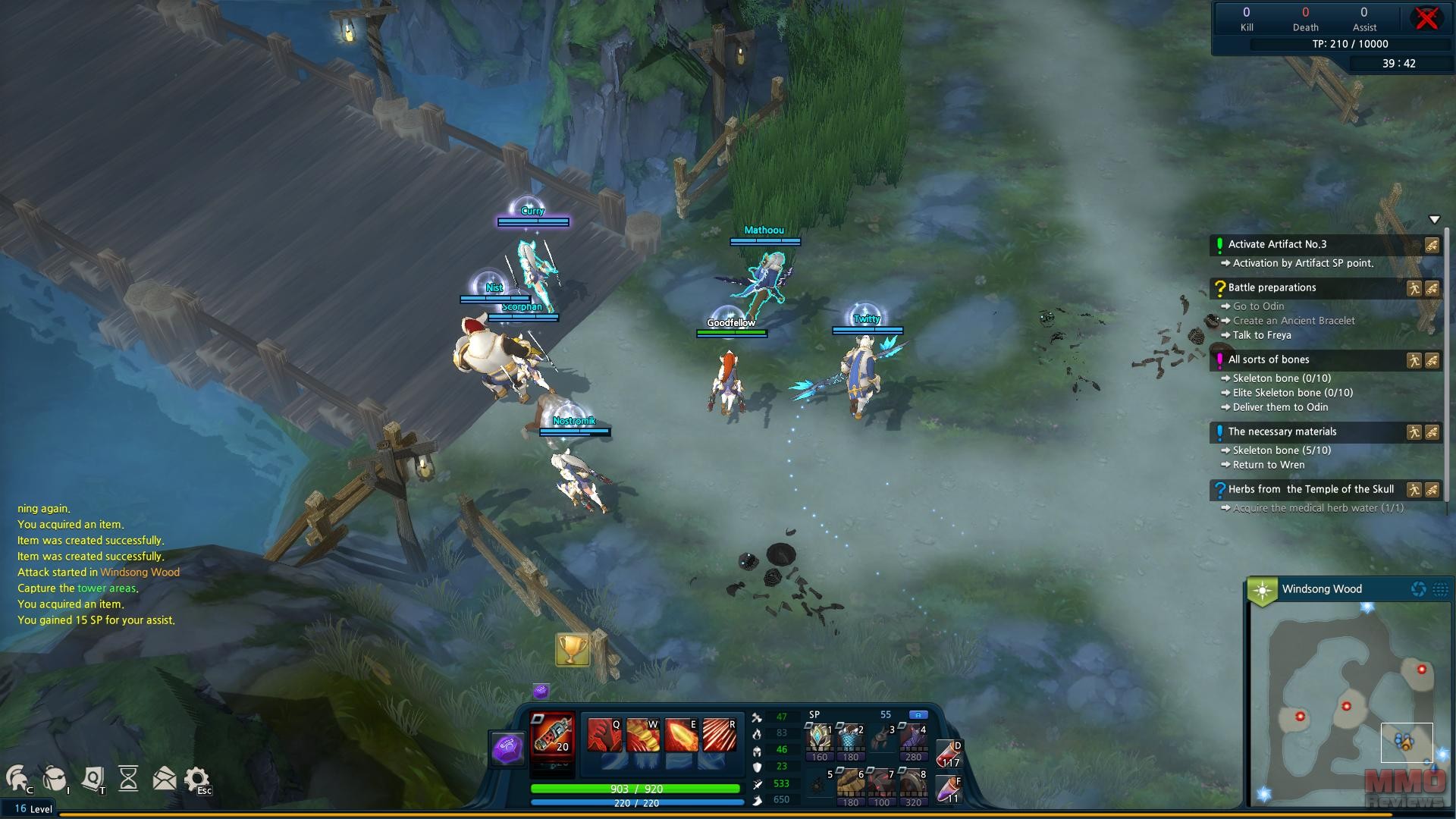 Completely free to play this MMORPG is a MOBA combat orientated RPG where players advance through the game completing quests, level up to earn new abilities and become part of a greater story sweeping the realm. Three playable classes allow for a mix of play styles and strategy in both PVE and PVP, players can earn rewards and ingredients in a variety of ways to help with crafting gear and increasing their characters’ power to make them more formidable in combat.

PVE content is the early focus of the game as a means for players to earn XP and level up by completing quests, which also give them various rewards. PVE primarily consists of exploring new regions and killing the enemies there, which in turn gives access to various ingredients and resources to help improve a players gear. However, the main focus of the game, even from early levels, is PVP and this primarily takes shape as the greater War where players battle each other for control of territory.

Users are able to design their own character from a variety of hairstyles, colours, and more to give a different look and name creating their own identity in the game. Users have the choice of three classes, each having unique abilities and playstyles in combat; the Guardian, The Punisher and The Saint.

The Punisher focuses on killing their opponent, particularly single target high crit damage, they can switch between Daggers for melee assaults or Bows for deadly long range attacks. The Guardian is a support/tank depending on their weapon, Maces put them on the front line as tanky warriors, but their Cannons allow them to support from the back line dealing damage and hindering the enemy. Saints have three weapons available to them, but their primary focus is AoE and control; their Blades allow them to dance around the battlefield attacking enemies, Dual Guns firing from a distance, and Wands calling down the elements. Each character class can switch between their available weapons freely during combat, with each weapon opening up new abilities and attacks.

Finally players must choose their faction; there are three to choose from and will determine which side the player fights for in the larger war between other players trying to control the map.

Players can battle it out with their factions to try and control a huge continent that can be explored in the open world, broken up into dozens of different controllable territories the aim of the War is to try and control as many of these territories as possible. By heading into contested areas, or being summoned to the war, players will battle with other players in different types of combat maps/modes in a bid to win control of the area and in turn try and control the entire map. Rewards are earned by the dominating faction, players can also take advantage of their own Legions (guilds) as well as a diplomacy system that allows voted in players to run castles and help lead their faction.

The main controls of the game are very similar to some MOBA games, mouse click movement and QWER abilities, the overhead viewpoint also lends itself to MOBA gameplay as well and so players can engage in fast and furious battles in PVE and PVP. Aside from the general controls players are able to fight in an actual MOBA style game mode; here they have the objective to destroy the enemy core in team based battles fighting with and against real world players or AI filling empty slots until a player is available to join. Players support their minion waves to push the lanes, destroy towers, take camps and bosses, summon guardians and more until they fight their way to the core and destroy it to win the battle for their faction.