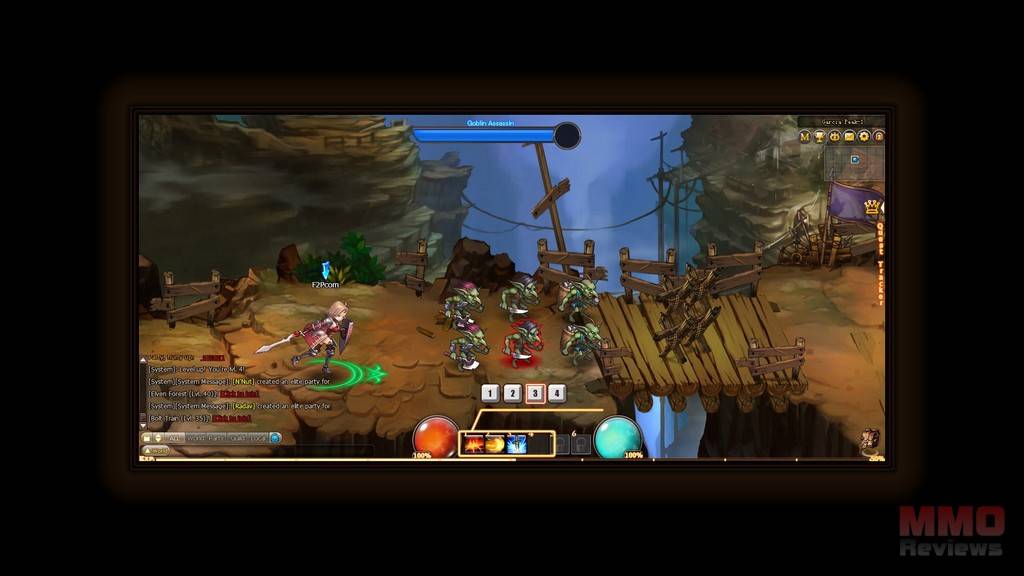 Embark across a high fantasy realm in search of epic adventure in Crusaders of Solaria, new side scrolling MMO RPG from R2 Games where players can fight against terrifying creatures, do battle against other brave player champions and work towards acquiring new items, artefacts and gear to improve their hero. The game is a free to play MMO and is easily accessed through the official game website portal to be played online in your web browser.

The main purpose of the game is to increase the power/Battle Rating of your hero by completing various dungeons, quests, world events and more that will increase your characters abilities and give them access to gear that will enhance their stats. Players can focus on PVE focused content or challenge other players in the PVP Arena fighting for honour, rank and rewards.

There are 2 available classes that players can choose to play, with each class having to unique subclasses:

The Mage - a defensively weak character that makes up for their awesome offensive potential with destructive elemental magic spells. They can advance into becoming a Shadow Mage who can use their dark magic to heal and even clone themselves in battle or the Frost Mage who uses ice to freeze their enemies in place and control the enemies on the battlefield.

The Knight - a well-balanced with both attacks and defence, the Knight is a frontline hero that charges into the fray to engage the enemy. They can advance into specialising as a Paladin who uses strong defences and divine magic to heal himself and the Chaos Knight who focuses on aggression, furious and rage to power his attack.

There are numerous dungeons that players can visit either on their own or with a party, though there are specific Multiplayer Dungeons built for more challenging party focused content. The standard dungeons and come in Normal and Elite versions where players must fight in them to gain gold Materials and EXP, when a player completes a dungeon they gain a Star Level that signifies how well they did, the higher the level (a maximum of three stars) the better the rewards. Elite versions of the dungeons are very similar however the Dungeon Boss is more powerful and challenging to take down.

One of the unique games focusing on solo content is Statue Defence where monsters arrived in waves and the player must defend a statue before it is destroyed by these enemies and gain huge amounts of EXP. Players can play the game once per day for free, after that they must acquire and use Goddess Tears to enter.

At certain times during the day various Hot Events occur, two of which are the summoning of the World Bosses: the Griffin and the more powerful Kraken. Players must band together to deal damage to these bosses and earn gold, if the player is killed they revive a short time after and the event is over once the World Boss is dead.

Here players are able to go one-on-one in PVP where they can challenge each other for pride, honour points and Arena Ranking. At the end of each week those players at the top of the rank ladder gain extra rewards and bonus points, making the Arena an extremely competitive feature. By defeating an opponent the player is able to take their rank as well as earning themselves a bundle of Honour points that they can spend in the Arena Shop to purchase rare items and gear.