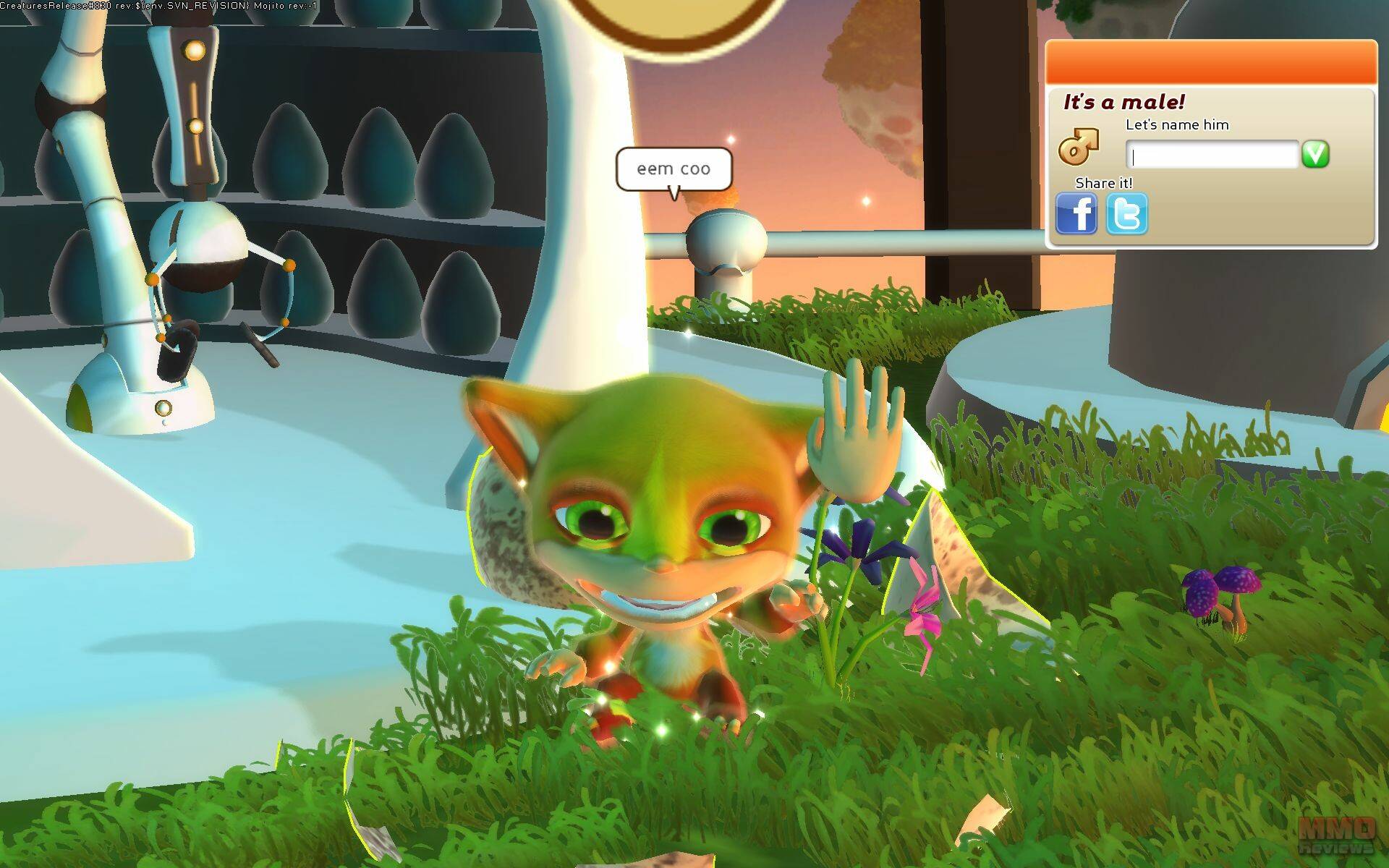 Creatures Online is an upcoming free-to-play life simulation game featuring an open-ended and in-depth gameplay as well as unique adorable creatures: the Norns. Playable on PC, Mac, iOS and Android devices, this forth sequel of the famous franchise is aiming at a wide audience of children and adult players alike.

Players will raise, breed and care for their Norns which, thanks to their artificial intelligence, will evolve, learn, interact, and pass their knowledge and genetic heritage on to future generations.

Creatures Online is basically a wonderful sandbox, but still offers objectives and a story. Similar to a role-playing game, players can gain experience and levels advancing them through the story and also giving access to new environments, new toys, and new objects for improving Sphericus. With the game’s incredible genetic engineering tools, players are able to mix the colours, patterns, and physical characteristics of their Norns to achieve the most unlikely results.

The goal of the game, in the end, may be to manage to reconstitute all of the different variations of the Norn races, starting from the basic species. Each recreated race gains you a nice badge to add to your Facebook page, Coins, and even, occasionally, Golden Eggs.

The Norns (Cyberlifogenis cutis) are small, cute and intelligent creatures that players will take care of throughout the entire adventure. They have a highly evolved artificial intelligence and an ultra-realistic genetic code that is close to that of Humans, allowing them to speak, learn, adapt, sleep, eat, and reproduce themselves. Behind their adorable appearance, the Norns are greatly complex and very realistic creatures: they have a real neural system, a genetic heritage they transmit to their descendants, and are comprised of over 150 realistically-simulated chemical elements.

Relatively independent creatures, Norns are also fragile enough that they need taking care of. They have to be fed in order to not disobey or even starve to death. Norns can also become ill, infected by the viruses or germs that are also part of the ecosystem. In this situation, players have to analyse what's wrong and give them the appropriate potion.

From the Norns’ birth to death, the player’s objective will be to have them live in a community, and especially to raise them and teach them, then to have them reproduce, in order to transmit what they know to their offspring.

The Critters are small animals in the ecosystem, populating the game environments to liven up the Norns' lives, make them happier and relieve their boredom. They will be indispensable in the different worlds if you don't want to see your community of Norns die of boredom.

A free-to-play game, it’s possible to access all major features of Creatures Online without spending a cent. Players can nonetheless purchase Golden Eggs which function as premium currency, granting all kinds of bonuses, such as speeding up hatching, repairing broken objects, and gaining bonus objects (never compulsory to progress in the game). In addition, a Collector version of Creatures Online, stuffed with gifts and surprises, will be on sale in stores.