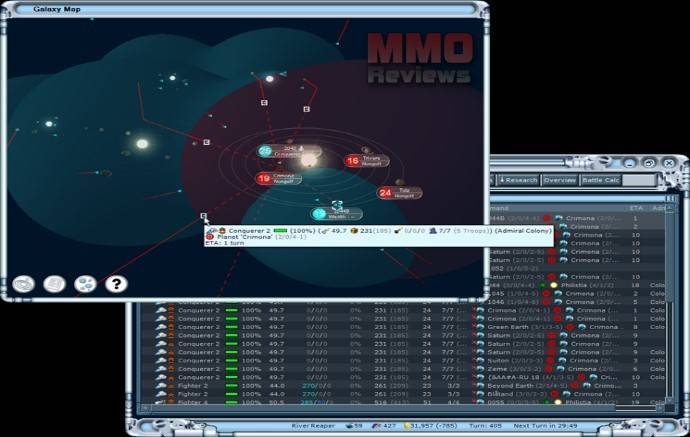 Cosmic Supremacy is a free tick/turn-based massively multiplayer space strategy game with a 3D 'Galaxy View' interface. You share a galaxy with hundreds of players each with their own alien civilization. Some of them might turn out to be your enemies, others could be your allies. You need to explore the galaxy around you, discover new solar systems, colonise new planets, and expand your empire. You can design every ship in your fleet, and research new advanced technologies so that you can build faster and stronger ships that will give you the edge in epic battles.

As a game in the 4X genre (eXplore, eXpand, eXploit, eXterminate), Cosmic Supremacy draws inspiration from the hundreds of browser-based games out there, but we did not want to add yet another one - instead we took the basic idea to the next level; the Fifth X: eXperience. Cosmic Supremacy is played with a very slim downloable client  allowing features that other games can only dream of. We left the shortcomings of existing games behind and designed Cosmic Supremacy from the ground up to be the best game in it's class.

Since Cosmic Supremacy is played in a standalone Windows-application, the entire look and feel will be instantly familiar to you. No more hacking of coordinates into your keyboard to issue one command after the other - instead use multi-selection, point and click, drag and drop, and context menus to control the game! No more waiting for web-pages to build up, just because you ordered one more ship to be built. Instead in Cosmic Supremacy everything happens virtually instantly, because only very little data needs to be sent between the server and the client.

And best of all: a full 3D controllable galaxy-map, that actually shows the world you are playing in!