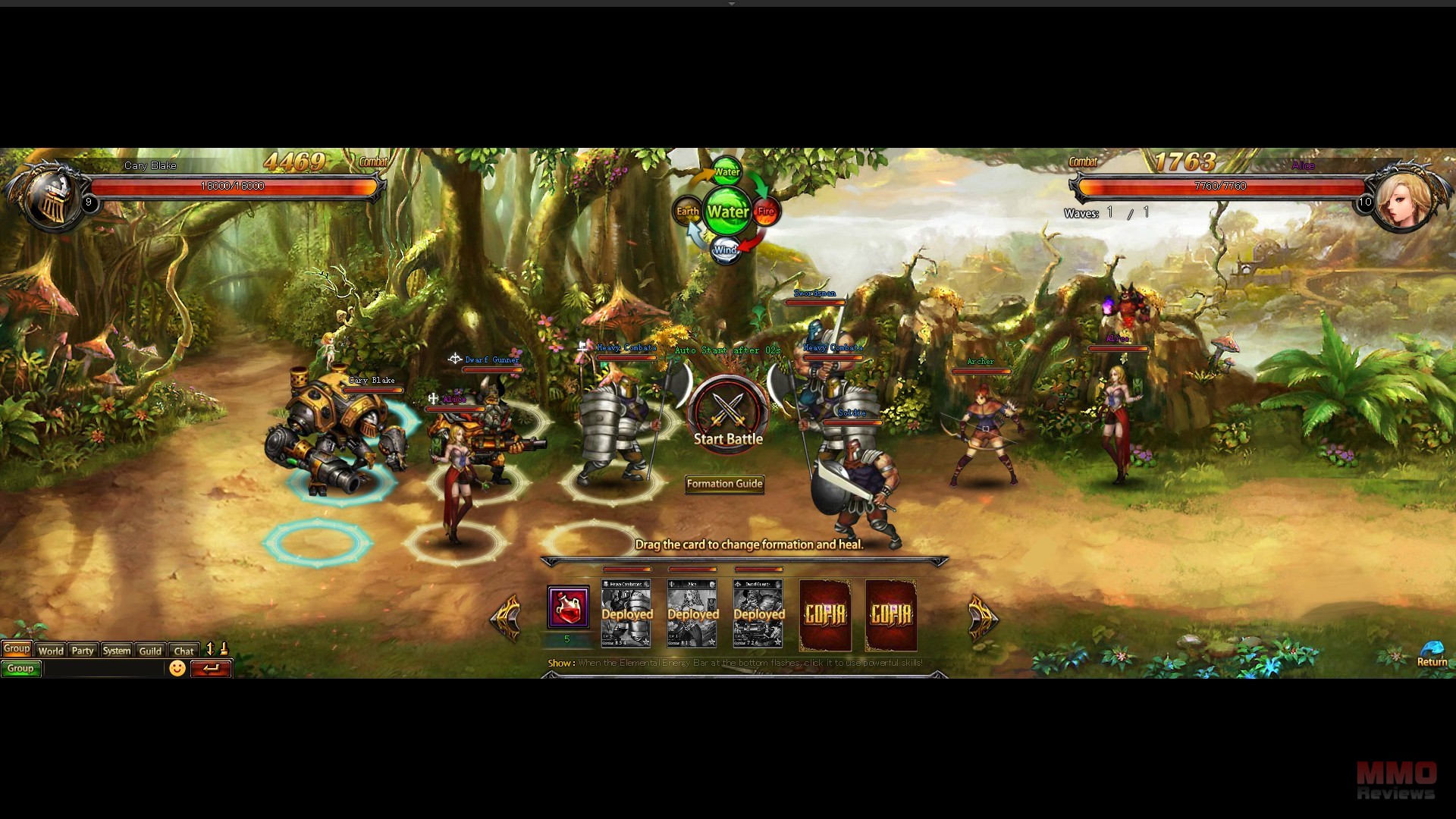 Copia is a fantasy themed browser free to play RPG in which players find themselves in a story-driven adventure where they are the protagonist battling against a rising demon horde that threatens the realm. Players must unlock new companions to join their team, acquire powerful equipment, and take on instanced PVE challenges and events as well as duel other players in the Arena PVP battling for rank position and rewards.

Two decades ago the upper world of Landea was beset by an emerging horde of demons that dwelled within the Netherworld, a world spanning war between demon kind and the many living races of the realm. Through the power of an ancient artifact a King arose and was able to defeat the horde and save Landea forever. So they thought. The demons have once more returned and now the land seeks a hero and all eyes look to recovering the ancient relic to help defeat the demons once more.

At its core Copia is a team building RPG where players must unlock various companion characters to join their chosen hero player character and equip them with gear, level up their skills and abilities, and make as powerful a team as possible in order to take on the various PVE and PVP content in the game.

There are four character classes to choose from during character creation:

The Warrior – A strong and defense based melee combatant, they have a high health pool and are ideal for protecting their companions

The Destroyer – A construction of the dwarves made of machine and magic, they are equipped with ranged machine guns that can overwhelm any opponent

The Archer – A ranged bow wielding combatant, their agility and focus allows them to out-step their enemies whilst dealing brutal single target damage to a foe

Companion characters are earned in a variety of ways and are chosen to fight alongside the main player hero character; players can have five extra companion characters joining a player in battle. Those chosen companions are put into the parties’ battle formation; a three by three grid where a companion can be placed in specific squares based on their character class (such as Mages only be able to go on the middle row).

Each companion, and enemy, is assigned on of the four main elements (wind, earth, fire or water) and this is used in combat where each element has a corresponding element that it is more powerful than and enables a character to deal more damage, adding a further element of strategy to the game.

For the most part combat is automated, with each character and enemy attacking the target location they are predestined to attack based off their class and their position in their own formation, meaning the location that a companion is placed into a formation is very important. When entering an instance and combat is initiated the player is able to check over their opponent and move around their companions in the formation or switch them out with other companions in reserve. Combat is turn based until either the enemy leader or player character is defeated, and an instance is typically made up of multiple waves/phased before fighting the main leader; in between waves a player is able to heal up their own companions and take them out of combat for the next wave.

With their fairy assistant a team builds up elemental charges and can unleash powerful elemental spells that can damage their opponents or aid their team; with each elemental spell activated players build up summoners points and can in time summon a great mythical beast into the battle to help them. The majority of the battles are automated, but against a Boss enemy players must manually fight the battle and choose when their elemental spells and summoner ability are cast.