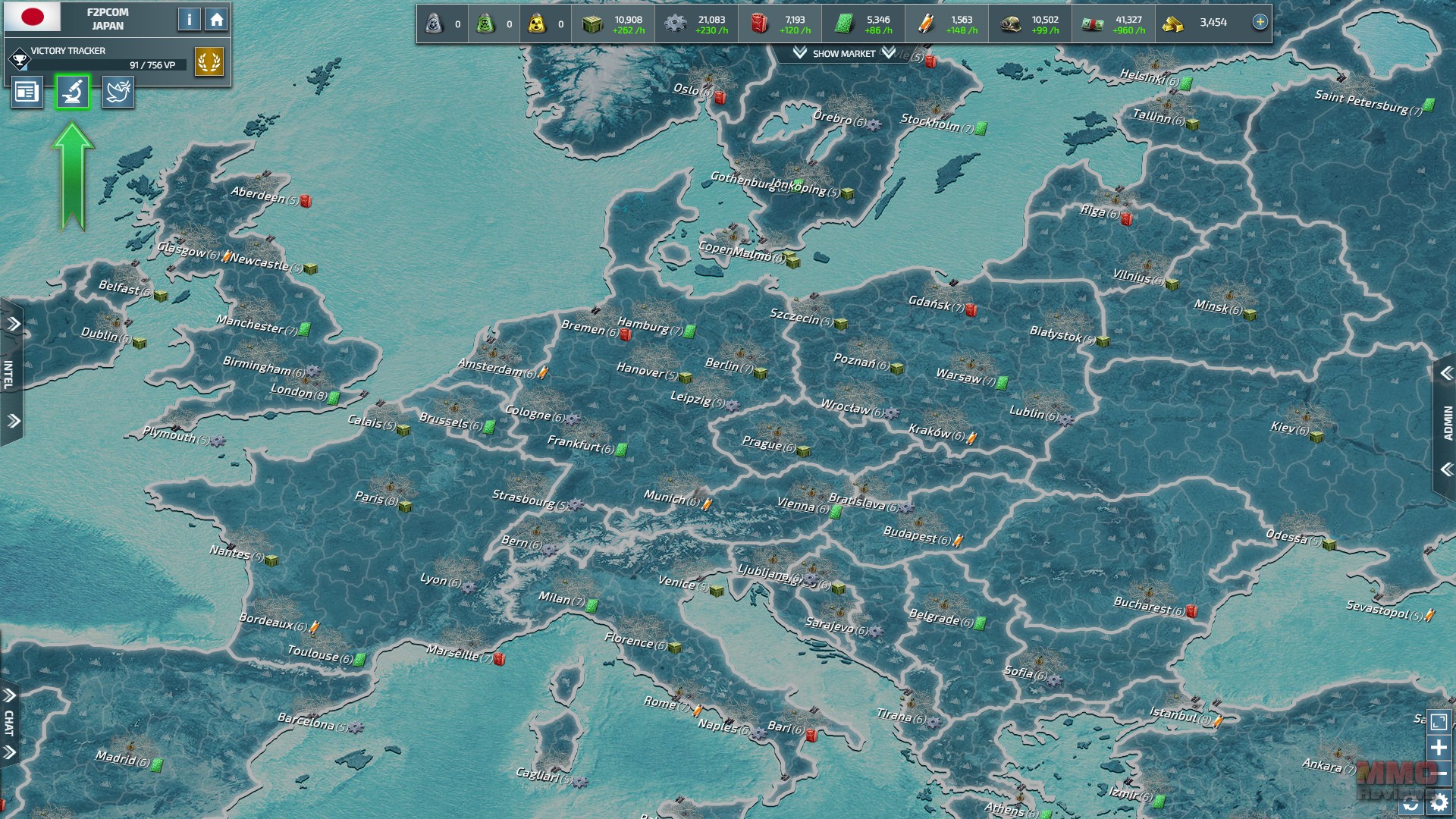 Conflict of Nations is a Free to Play MMORTS Cross Platafrom you can play on PC, iOS and Android devices.

- Take on the role as ruler of your own country
- Lead your nation and its people to global dominance
- Use diplomacy, trade and war to assume power
- Control your industry and commerce with multiple cities to control
- Construct buildings, create infrastructure and assemble a powerful military
- Use espionage against rivals to hinder their progress, or defend your own
- Browser gameplay
- Completely Free to Play

The core of the game focuses on player versus player engagements as each player is vying to rule the world by taking control of as many cities as possible, with each controlled city netting the player Victory Points to go towards their total, and the player with the highest number of pointes ultimately wins the game before it is reset. To do this players must master various strategies, from managing their time and resources to build up a national infrastructure, train up a military capable of defending their land and expanding their controlled territory, engaging in diplomacy with other players and even negotiating trade and forming Alliances. The game is a persistent world which continues even when the player logs off offering a sense of realism to the tasks that they need to complete and responding to their rivals actions.

The CQN News page gives the listings of all the major events that have happened in the world that day such as conquered cities and large scale battles as well as other topical articles ranging from Economics, Politics to list who has declared war or made an alliance, to quick snapshots of what both friends and enemies have been up to. The page also lists the Index of Nations to show which nation/player currently has the highest number of Victory Points and the total needed to meet the game's Victory Condition.

As well as being a source of Victory Points, cities and territories also provide various resources that players will need to improve their nation; these can be earned through production and city infrastructure, to purchasing them on the market, or trading with other players. A major "resource" players must monitor is their time; nearly all actions in the game take hours to complete, from researching technologies, constructing new buildings, training units and moving those troops around the world map. As cities are limited to what they can build and have a small build queue, and players can only research two technologies at a time, players must learn how to prioritise their needs and actively keep on top of managing their cities periodically.

There are dozens of available units to train within the game, unlocked through different research technologies players must spend resources and time advancing down various individual trees to gain access to a variety of new and sometimes more powerful units, such as various missile/artillery units, armored units, numerous naval units and more.

With a varied military, players can choose various targets across the world map, engaging enemies in open territory or making direct attacks on cities with the game determining the victor of each engagement. The type of terrain a player fights on has pros and cons for different unit types, the types of unit and number taken into a battle will also contribute to who will win a fight.

Players don't have to fight blindly and with the help of their own spies they can gather intelligence on the enemy to discover the composition and strengths of their rival's armies prior to an attack, as well as conducting various acts of espionage to hinder a rival such as Sabotaging their units, or using Corruption to try and disturb the enemies resource production and population morale and bring their opponent down that way.