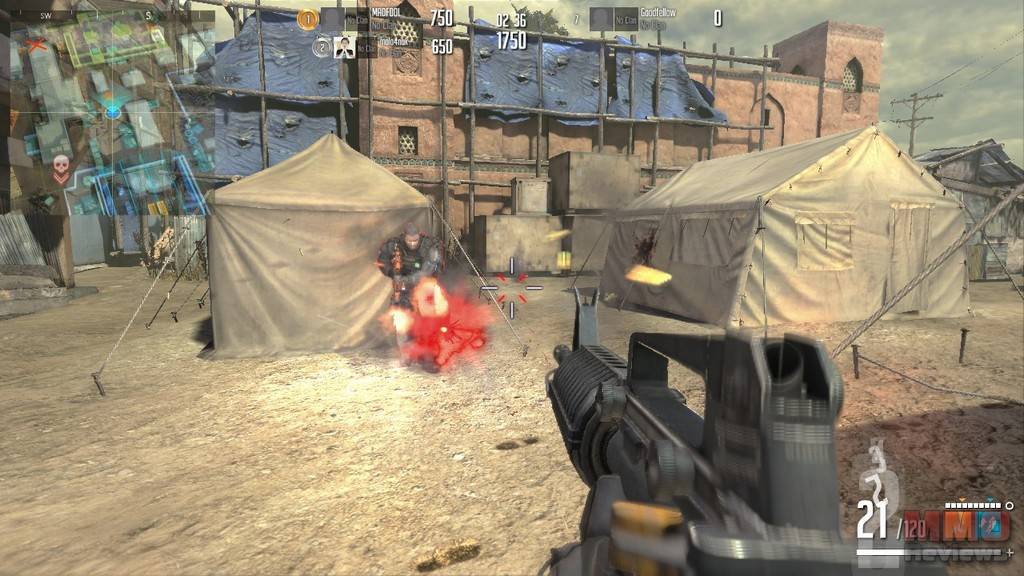 Combat Arms: Line of Sight is a fast-paced MMOFPS with numerous maps, modes and weapons available to players for a fully customisable game that is completely free to play.

A classic first person shooter MMO players have a range of maps and modes that can be customised to allow certain types of gameplay, weapon choices and restrictions giving a wide scope of variation to the battles. By competing in matches players will earn XP and gain rank as well as credits to unlock a huge choice of weapons and gear that they can take into battle. Designed using the Unreal Engine the game boasts realistic physics, intuitive level design and stunning graphics from effects, characters and environments.

In the game players can customise their own character to make them ideal to their preferred style of play typically through their choice of weapon loadouts; whether spray and pray fighters with automatic weapons, keen eyed snipers taking out enemies from a distance or getting up close and personal with a blade. There is a huge choice of primary and secondary weapons as well as a variety of grenades to add a tactical element to combat, each weapon in a characters arsenal can be further customised and tuned to increase their statistics such as ammunition capability, accuracy, firepower and more.

As players are stepping into the boots of enhanced super soldiers they also have a choice of Abilities that they can purchase to unlock and then equip, including:

Decoy - players quickly send out an illusion of a mirror image of themselves, running forward to distract their opponents and give them a chance to retaliate or run

Vengeance - instantly locates those enemies that have just attacked the player, allowing them to inflict some retribution

Advantage - prevents health damage when players use their abilities

Comet Strike - a psychokinetic ability that summons down large objects to an area, crushing and destroying all enemies within range

In the game players currently have four game modes that they can choose from, either setting up their own room or join other players’ with up to 16 players on a map at a time:

One Man Army - a classic death match mode where players fight on their own, racking up their own personal score with each kill they make, the first player to reach the target score wins

Eliminate - as above, players are separated into two different teams, working cooperatively against the enemy team to earn points

Search and Destroy - a bomb detonation/disposal game where two teams compete with opposing objectives, one team must destroy a target location using a bomb where the enemy team must prevent it by disarming placed bombs or eliminating the enemy team

Domination - a point capturing game with numerous areas on the map that when players are in the zone and controlling it they earn points for their team, forcing the other team to try and assault it with a constant back and forth of attack and defence, the first team to acquire the necessary score is the winner

Each of the game modes can be played on a variety of maps, with currently four available in the game, these different environments create different strategies and style of play from intense close quarters combat or open areas where long ranged combat can prevail. From the snow covered military outpost in Snowy Cover-up map to the abandoned Middle Eastern shantytown of Savanah Flu with a mix of dirty streets, half constructed buildings and abandoned research tents.