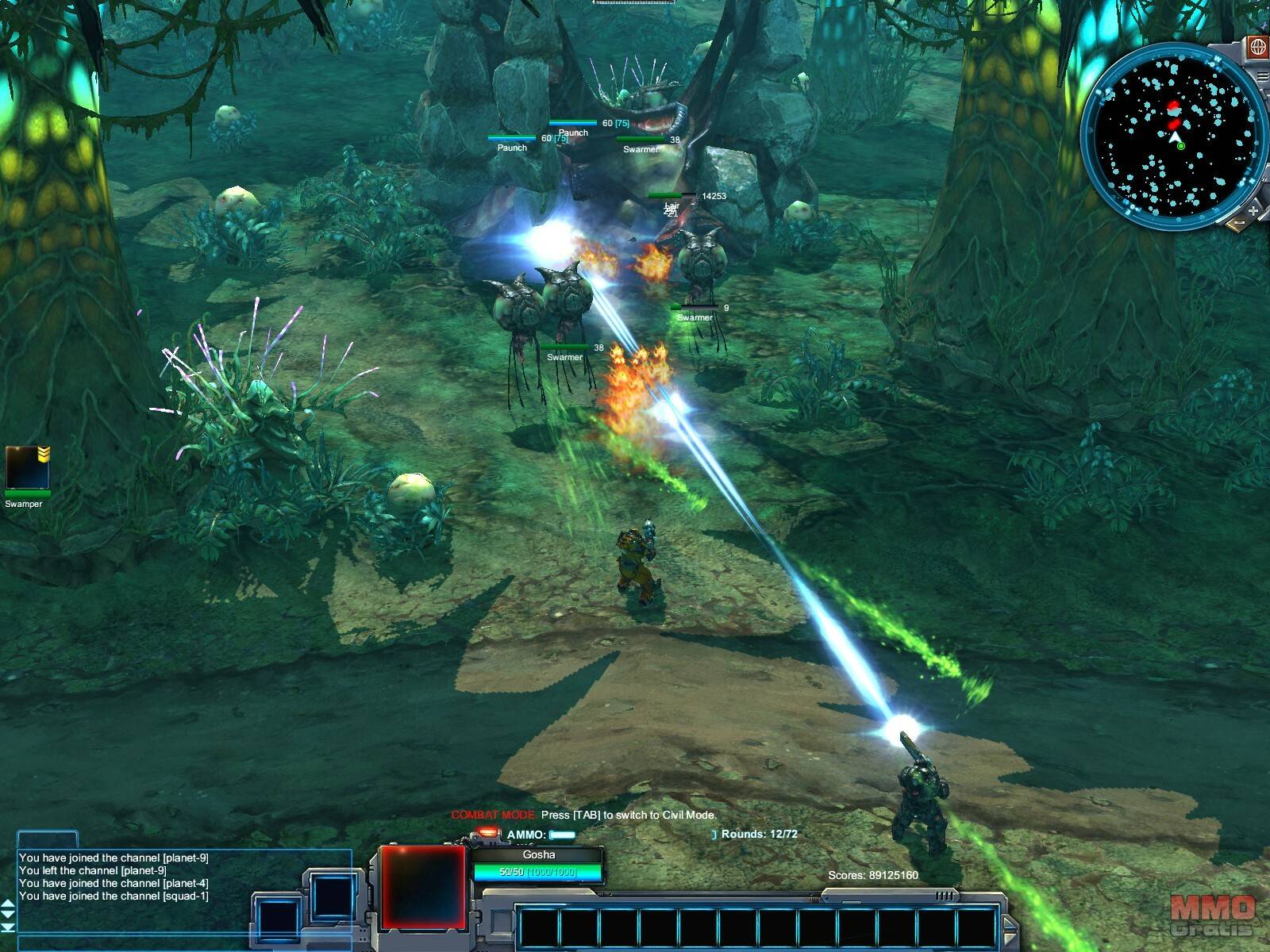 The game is a Sci-Fi MMORPG with sandbox elements that puts players in the shoes of space settler, allowing them to explore and colonise distant planets in order to gain a foothold in the developed areas.

In Colonies Online you can create enclaves with other players, gather resources, craft the items, research tecnologies, and fight in large-scale battles for supremacy in space.

The game is set in a distant future where the humanity has conquered the space and began to explore the distant worlds in search of resources necessary for life. Small research ships set off to other planets, which unfortunately are in no hurry to part with their treasures easily. Colonists will explore dangerous worlds and have to fight the monsters populating them.

The game features a huge game world consisting of a virtually infinite number of planets with an area of thousands square kilometres each. In this vast openness, players will be able explore amiable exotic landscapes and interact with the environment, in addition the number and strength of the monsters on each planet will change over time depending on the players’ actions.

To head for a different planet or to travel within a certain planet, players will use STS-terminals. One such terminal is located at the base where they are able to select the planet and the particular sector they want to go to. A timer will count down the time left to shuttle arrival and shuttle departure.

In Colonies Online, the characters do not advance in level but obtain professions as sets of certain skills determined by the player. Also, all in-game items are made by the players themselves through a sophisticated crafting system.

ILUs are small mobile camps designed to support players in difficult situations on dangerous planets. They are required to hop on to a particular sector where only a limited number of such modules can be accommodated. Once the sector is full, it becomes unavailable for landing. Yet, if one of the ILU modules in the sector belongs to a squad mate, players can use it for landing.

Colonies Online offers players the opportunity to create squads of two till ten members. Players can communicate with each other via their own squad chat channel and are free to leave the squad at any time to join another or create an own one.

Awards for killing monsters and other players as well as for destroying lairs are allocated equally among the squad members who have taken part in the battle.

In the game, players can purchase Early Access packs and sets of armour and weapons that will help in the beginning. The shop alternatively sells Contribution Packs, enabling purchasers to take part in the development process. In the future, all products sold in the store will only have cosmetic and social effects. They will not affect the game balance as developers are determined to not make a Pay-to-Win game. Those items that are sold now can be used in the future to give the character a unique look.