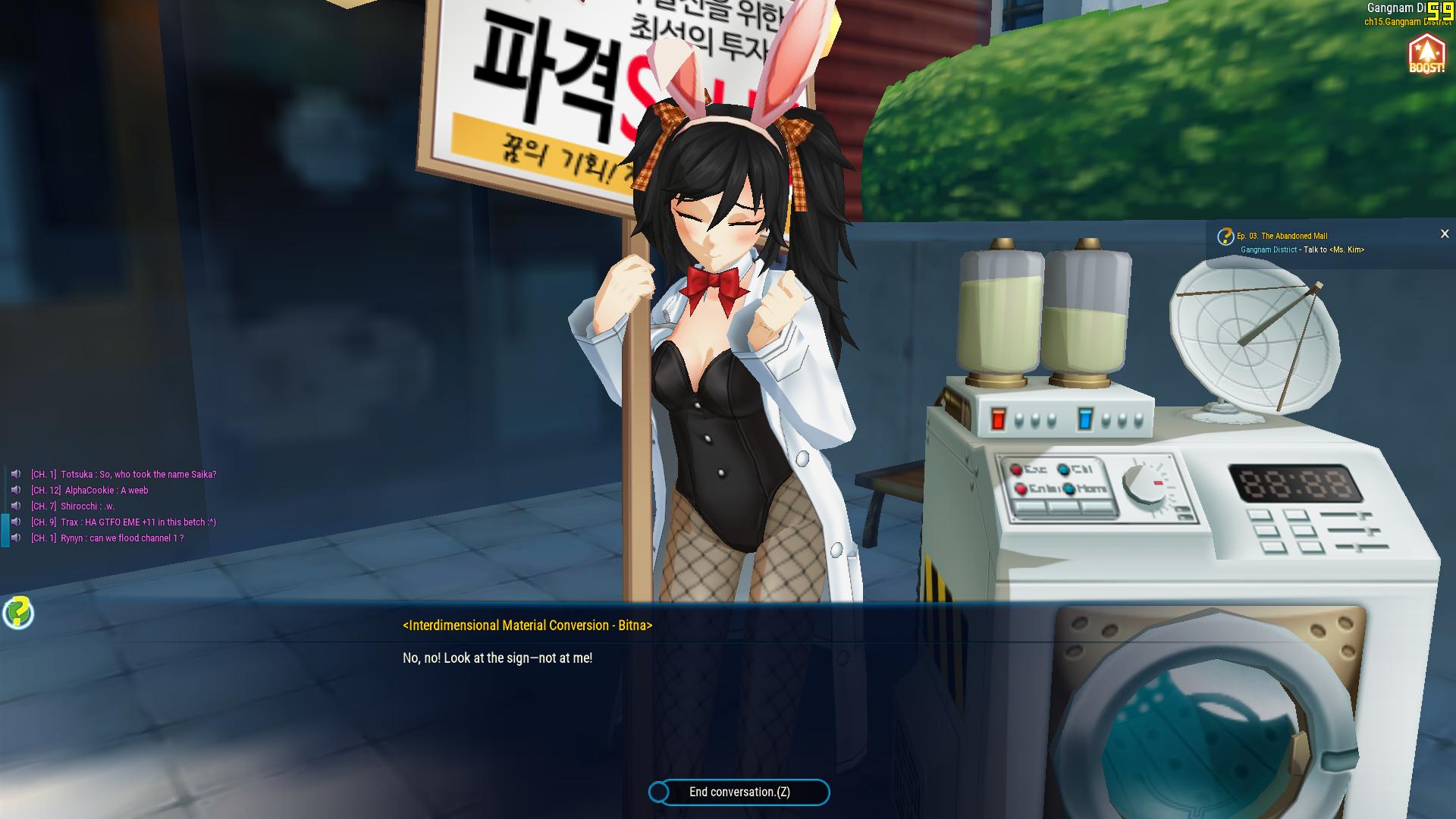 In Closers players step into the shoes of one of five gifted teens able to close phase rifts that release monsters into the city of New Seoul; the Closers. Free to play the game focuses on intense combat gameplay using a variety of abilities and building up combos to unleash explosive damage on their opponents. The game offers an extensive story focused quest arc for the main PVE campaign as well as PVP options against other players.

In the near future the city of New Seoul is forever under the incursion of monsters from another dimension through phase rifts. Whilst trained soldiers are capable of containing the low grade classification monsters that normally appear, more recently the increase of higher grade Monsters has become more prominent. It’s time to send in the Closers, teenagers trained in phase powers who are able to take down the best and the worst of the monster dimension!

The focus of Closers is primarily PVE focused 3D-style platform brawler broken up into instanced based stages. Players will choose and customize their Closer with skills and equipment then head into repeatable stages to face off against monstrous enemies and a final stage boss.

The levels themselves are 3D platformers and players move around using the directional arrow keys, able to move left and right along a level, as well as to the forefront and background of a level adding an element of 3D movement. Each stage is broken up into smaller areas, players cannot advance past them or head back to earlier portions of the level, they progress by defeating all the enemies in that contained area.

Whilst the core of the game is a solo experience players can work together with other Closers in co-op battles. To accommodate having more players it is possible to play a stage again on a higher difficulty setting where enemies have more HP and deal more damage. There are also various event based areas that are only accessible at certain times of the day, these areas are restricted to specific levels and provide a significant challenge.

A key feature of the game is the Fatigue system, which is similar to Stamina systems seen in other games, only in reverse. The game has Character Fatigue and Account Fatigue, each time a player enters a stage with one of their Closers they build up some Character Fatigue, once their gauge is full they are unable to enter stages with that Closer and must switch to another character. Alongside building up Character Fatigue players also build up a smaller portion of Account Fatigue, which is acquired across all characters; once this gauge is full then no characters on the account can enter stages until the daily refresh time.

Starting from the very beginning of the game players will have half a dozen abilities to use and master in combat, from damage dealing abilities to crowd control and quick escapes. Each of the five Closer characters has unique abilities that define their play style, such as being a melee, mid-range or long-range combatant. With a mix of weapon attacks and phase power abilities, the combat is extremely dynamic and explosive, with excellent visual effects chaining abilities together.

Attacks are always made in the direction that the player or enemy is facing as opposed to being able to directly target an enemy, so the player must ensure they are on the same depth axis as their target if they wish to hit them. Similarly when an enemy attacks players are able to manually dodge these attacks with movement or abilities.

By completing quests and earning rewards, looting enemies in combat or crafting from acquired materials, players can gain access to a wide variety of items. Ranging from consumable items such as heals and boosts, to equipable gear like weapons and armor that can boost stats to make a player more powerful. The game also allows players to upgrade and augment their various Closer abilities with skill points, improving the skills that will best help them based on their preferred style of combat.