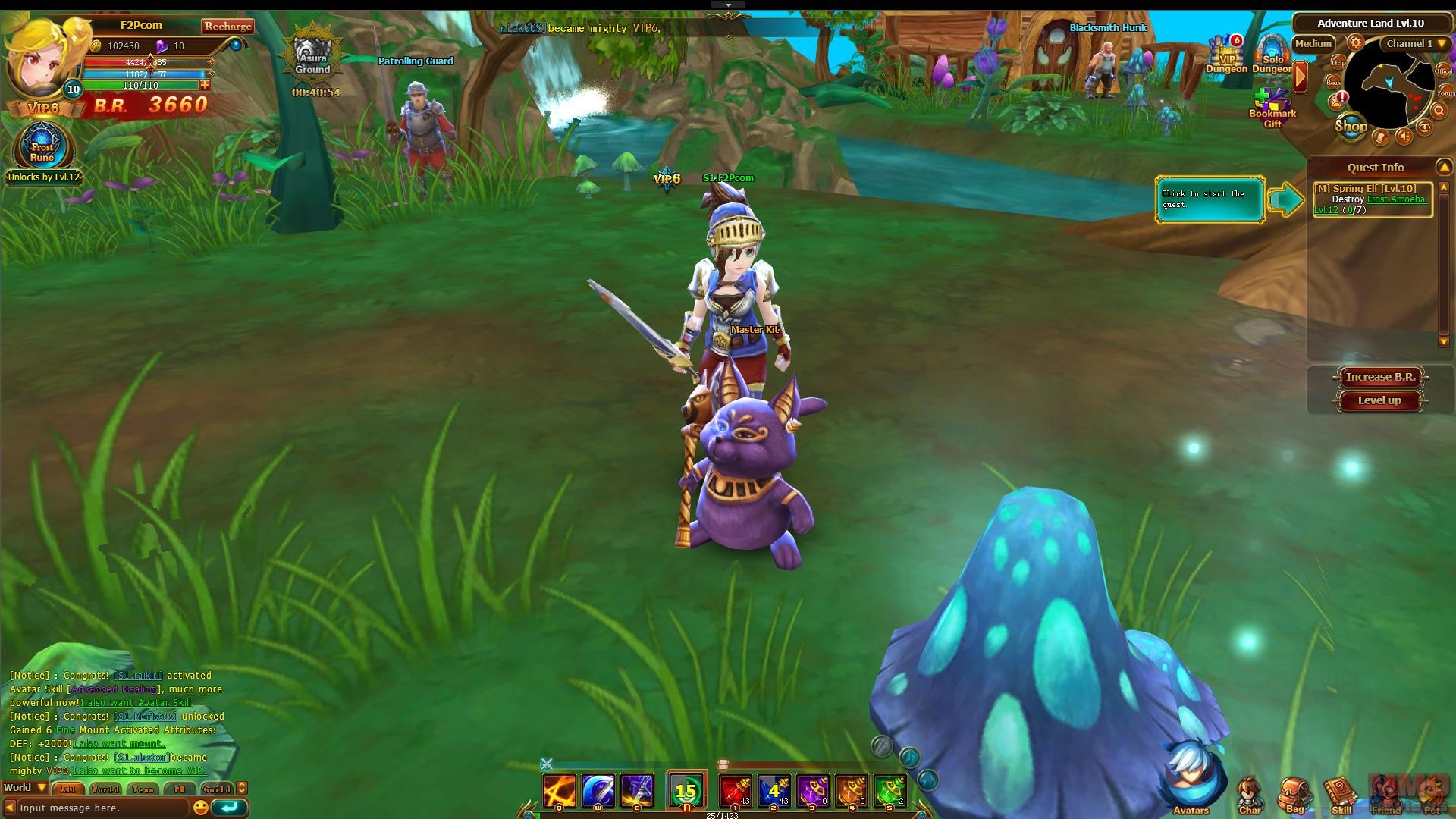 Clash of Avatars is a fun and family friendly roleplaying game based on a unique fantasy themed world where players step into the shoes of rising heroes, able to summon the form of different avatars these skilful characters are the best chance of saving the world from evil. Focusing on quests that will progress the story players will primarily involve themselves in PVE, with optional PVP events, and try to improve their character over the course of the game through various unlocked features. The game can be accessed through your preferred web browser, but a mini client is an optional download, and everything is free to play with an available premium VIP system to give players extra perks.

The game is a 3D isometric MMO, with impressive graphics and environment designs, players will be able to move around the world and fight hundreds of different enemies whilst completing quests and advancing the games main story line. Players will constantly be trying to improve their character and get stronger, with most of the unlockable features being designed to help players improve their chars, gear, pets, mounts and more, all of which adds to their B.R. score, an overall numerical indicator of how powerful a player is. There are plenty of events and content for both solo players and groups, giving a social aspect to the game that can be enjoyed by players of all ages.

There are lots of different ways to increase B.R. in the game, mainly by spending spirit, gold and various gathered items in the different features, such upgrades can either be done directly to the character through things like the Zodiac system where you unlock different constellations, or by paying to improve your Skills to make them more powerful. Other upgrades are to your gear with the Promote and Enhance features that increase item tier and stats, as well as being able to Socket powerful gems into gear to further improve it. Companions can help you out and come in the form of Mounts which you can ride around, or Pets which you unlock and fight alongside you; both can be trained up independently to make them (and by proxy your character) more powerful. There are other perks to improve your character such as acquiring titles, earning wings, and simply levelling up.

There are a variety of PVE focused activities, primarily the quests and Solo Dungeons that you visit, but players can also head into Shadow Lands for greater PVE challenges, or try to take on World Bosses as a server event where the players that deal the most damage can earn the greatest rewards.

PVP primarily revolved around two main events: Arena and Capture the Flag. Arena allows players to have one v one battles in an instanced based arena; the players don’t actually fight each other and instead you fight and AI controlled copy of any character that you challenge. Capture the Flag is a timed event that only happens at certain times, during this time players can jump into the instance and must fight against each other to take control of the flag and earn points for the team whilst engaging in brutal combat with other players.

The game generally defaults into automated mode with hyperlinks in the quest log that when clicked will instantly run characters to the needed area, hand in quests or fight the necessary enemy to advance the story. Full AFK Combat is available, though players still need to click through quest dialogue, however there are certain dungeons that are designed specifically to AFK fight in where your character will simply keep attacking enemies, looting them, gaining XP, using spells and potions where needed, even resurrect themselves and keep fighting, allowing players to grind up levels without needing to play.