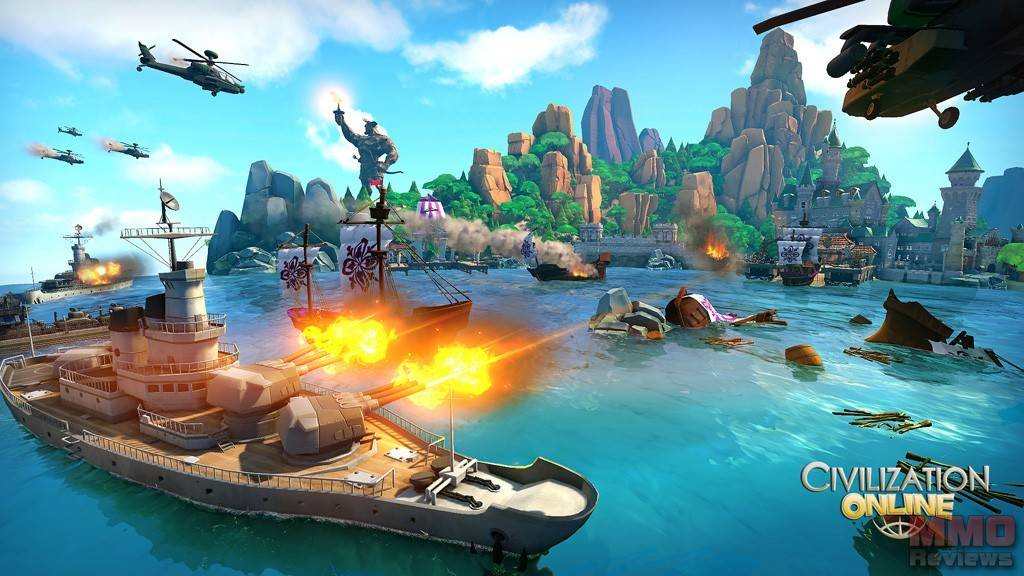 Civilization Online is the next in line from the Civilisation franchise for a fully standalone MMO RPG experience where players will take on the role of a sole character within one of four ancient civilisations and work with the rest of the player community to raise up their civilisation in cooperative and competitive-based gameplay.

Players will control their own individual character in a persistent MMO world where they will be randomly assigned one of four initial civilisations (with more to be added in the future). Each player defines their own role and can choose from a number of different careers including practical Miners, Farmers and Engineers that will constructs every building within your assigned civilisation, the clothing, items and weaponry that they can use and more. Players are not bound to a single career and are able to change between them at will if they choose, particularly changing for the good of the civilisation and what it currently needs.

Each civilisation will independently progress through six different technological eras including: Ancient Age, Classical Age, Mediaeval Age, Renaissance Age, Industrial Age and the Modern Age. The progression through each age is ultimately down to the successes and achievements of the individual players contributing to their civilisation, how they choose to spend resources and how those elected leaders choose to guide them.

Players can rise up as leaders, taking the role as the Mayor of a starting city, responsible for construction and organising resources, and further advancing the civilisation. Each civilisation starts with three starter cities but any others are created by the players including each individual building and the way that they are laid out, giving access to public buildings for individual players to use.

With good leadership civilisation can achieve many things, however those players who turn out to be somewhat lacking in the role can be ousted with in game mechanics. A badly run civilisation where chaos rules and no cohesion exists will be quickly conquered by a rival civilisation.

Each game of civilisation online generates a new world complete with the four starting civilisations, through gameplay the players in each civilisation can work towards an ultimate victory goal to win the game. Similar to the previous Civilization titles these victories can consist of huge cultural achievements, winning a space race victory or conquering most of the known world.

Combat, conflict and espionage are as integral part to Civilisation Online as cooperative team based gameplay. Civilizations will be able to make alliances or wage all-out war on their rivals, where some players may choose Mayoral leadership roles and a career as an Engineer or Farmer, so too can players rise up as great military leaders or follow a Soldier career path to fight in epic war campaigns.

Conflict against your rivals is no easy task, each civilisation will start in its own territory and how advanced that civilisation is will be unknown until they are met, potentially meeting and more advanced and war focused aggressive civilisation may require a quick change in strategy to ensure you are defended when they begin to systematically take over your territory and your cities. Player versus player combat will enable simple 1v1 fights and huge clashes of hundreds of players fighting over a city.

Advancing into enemy territory will be difficult, each time a player dies the respawn back at their own civilisations city and the journey back to the front lines can take a long time. The best way around this is to create forward advanced outposts, acting as temporary response points, so that campaigns can continue to push into rival territory and act as supply lines.