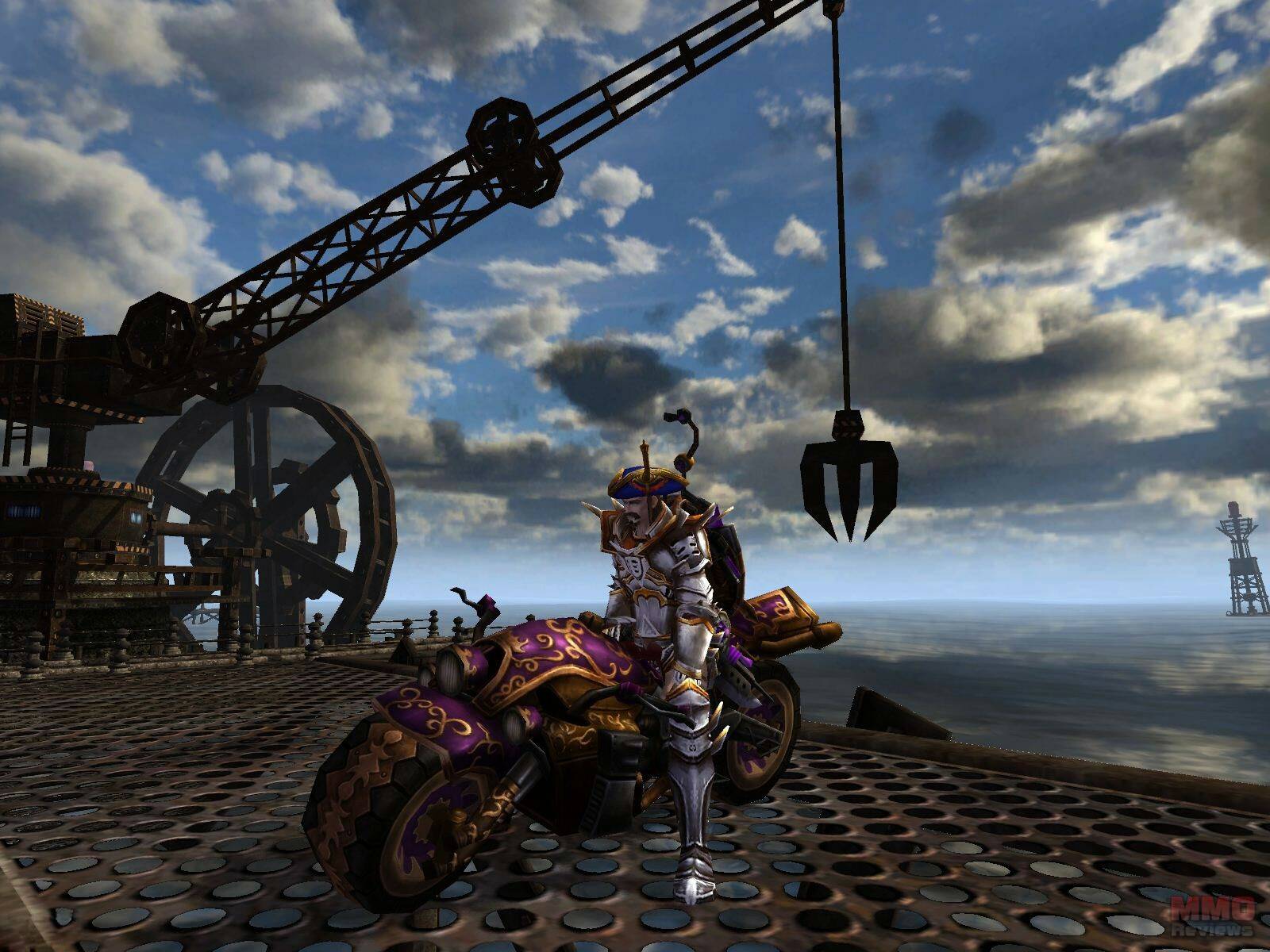 City of Steam is a free-to-play browser-based 3D industrial age fantasy MMORPG developed by Mechanist Games and based on the Unity3D technology. It transports players to a world where clockworks, steam power, and arcane technologies suffuse every aspect of existence, from the half-organic, half-mechanical dwarves to the giant gears of the World Machine itself.

Players will explore the massive world of Nexus, accomplish quests, complete dungeons, and compete with each other in the PvP terminal.

The World Machine, a vast and ancient system of interlocking gears powered by inexhaustible energies. Long ago, the Paragons, a race of ingenious conquerors, sought to control those energies, but destroyed themselves in the attempt, leaving behind a shattered world and a complex legacy.

Even millennia after the Era of Myth, that legacy continues to affect the course of history on the World Machine. The races already inhabiting the mechanism – humans, goblins, orcs, and hobbes – were joined by the charismatic riven, insular draug, and half-mechanical dwarves. Life on the Mechanism has been revolutionized by the study of the Paragons’ lost technologies. Airships soar overhead, robotic steamtoilers patrol the streets, and great factories produce weapons wielded by heroes and villains alike.

Four great human nations have emerged since the fall of the Paragons: The confederated city-state of the Heartlands, the allied kingdoms of Ostenia, the patriarchal Republic of Avenoss, and the harsh Empire of Stoigmar. At the site of the Paragons’ fall lies the City-State of Nexus, a once-great industrial metropolis where players will arrive as refugees, ready to carve out a new life.

Currently, City of Steam offers nine playable races for players to choose from, with more intended to be added later on.

Heartlanders: Inhabitating the Heartland City-States, these humans are a pragmatic and cosmopolitan people. They’re wise, powerful and cunning.

Avens: The humans hailing from the Republic of Avenoss are a well-educated and responsible folk. Their strict patriarchal society is famous for its arcane engineering.

Ostenians: Born in the holy kingdom of Ostenia, these humans, on the one hand, are blunt, opinionated and proud and romantic and very religious on the other. Their culture is increasingly torn between king and church.

Stoigmari: With their industrious, stubborn spirit, the humans from the Empire of Stomar are hardened by the land they inhabit. They’re renowned for their hard work, ethic, martial traditions, and strong liquor.

Draug: The very long-lived, ashen-skinned, cautious and withdrawn people of the Draug jealously guards the dwindling wealth and influence of their noble houses. They prefer the comfort of their ancient manors to urban life.

Goblins: They’re the smallest, quickest and most cunning among all green-skinned with seemingly inexhaustible reserves of manic energy. Goblins are known for their irresistible curiosity which often gets them into serious trouble.

Hobbes: This green-skinned folk is gruff, disciplined, and known for their strong martial tradition as well as their strength and endurance. They possess a cunning sense of humour and a natural affinity for hierarchies.

Orcs: Stubborn and strong, they’re the largest, strongest and most intimidating of the greenskins. Driven to the margin of society by harsh public policy, many orcs turn to adventuring.

Arcanist: Armed with a state-of-the-art aetheric manipulator, the powerful Arcanist harnesses fire, ice, and lightning in a wide array of devastating tactical abilities.

Gunner: A dabbler in soul magics, the Gunner also is an exacting marksman and indispensable wide-ranged combatant who abilities can turn normal firearms into siege engines. They stalk individual targets with sharpshooting, conjure occult effects with trigger magic or give support fire.

Warder: An enduring warrior specialised in melee combat, the Warder possesses unrivalled defensive abilities and is able to summon ancient allies. They focus on personal duty, unflinching leadership as well as swift, punishing judgement of enemies.

Channeler: An enlightened character, the Channeler wields the music of the Mechanism to restore allies with faith and bring them into martial harmony. They also smash enemies and punish the unworthy with blinding radiance.

Players will be able to create and join companies in order to play with their friends. When registering, player companies will have to decide which government sector they are closest affiliated with. Each faction vies for access to the Oracle and has its own bonuses for all members who join, and a default set of ranked title names which people are free to change at their own discretion. The game’s five factions are the following:

The Arbiters: This faction rules the courts, and oversees the enforcement of the law.

The Chroniclers: This faction deals in intelligence, and maintains the Nexan University.

The Consortium: The merchants of the setting, who covet the city's resources.

The Explicators: The secretive arm of the church, disciples of the Liber Explicatum.

The Spireguards: The defenders of Nexus' borders, the military arm of Nexus.

The game provides the opportunity to upgrade or purchase new equipment from shopkeepers or other players. You can also modify and craft unique equipment using mods and salvaged materials. Mods are items you can put into existing equipment to give them an extra kick. In contrast to modding equipment, crafting is a bit more involved and a bit more expensive.

Besides the normal in-game currency “Shilling”, City of Steam will feature “Electrum” as premium currency in order to purchase or upgrade items, weapons, potions, etc. in shops scattered around the game world.

The developers are planning on having micro-transactions that only provide convenience features (larger stash, reduced travel time, early access to certain items, etc). Character races or classes won’t be put behind a pay wall. Whether or not bosses and quests can offer the premium currency to be spent in-game, is currently still in debate.