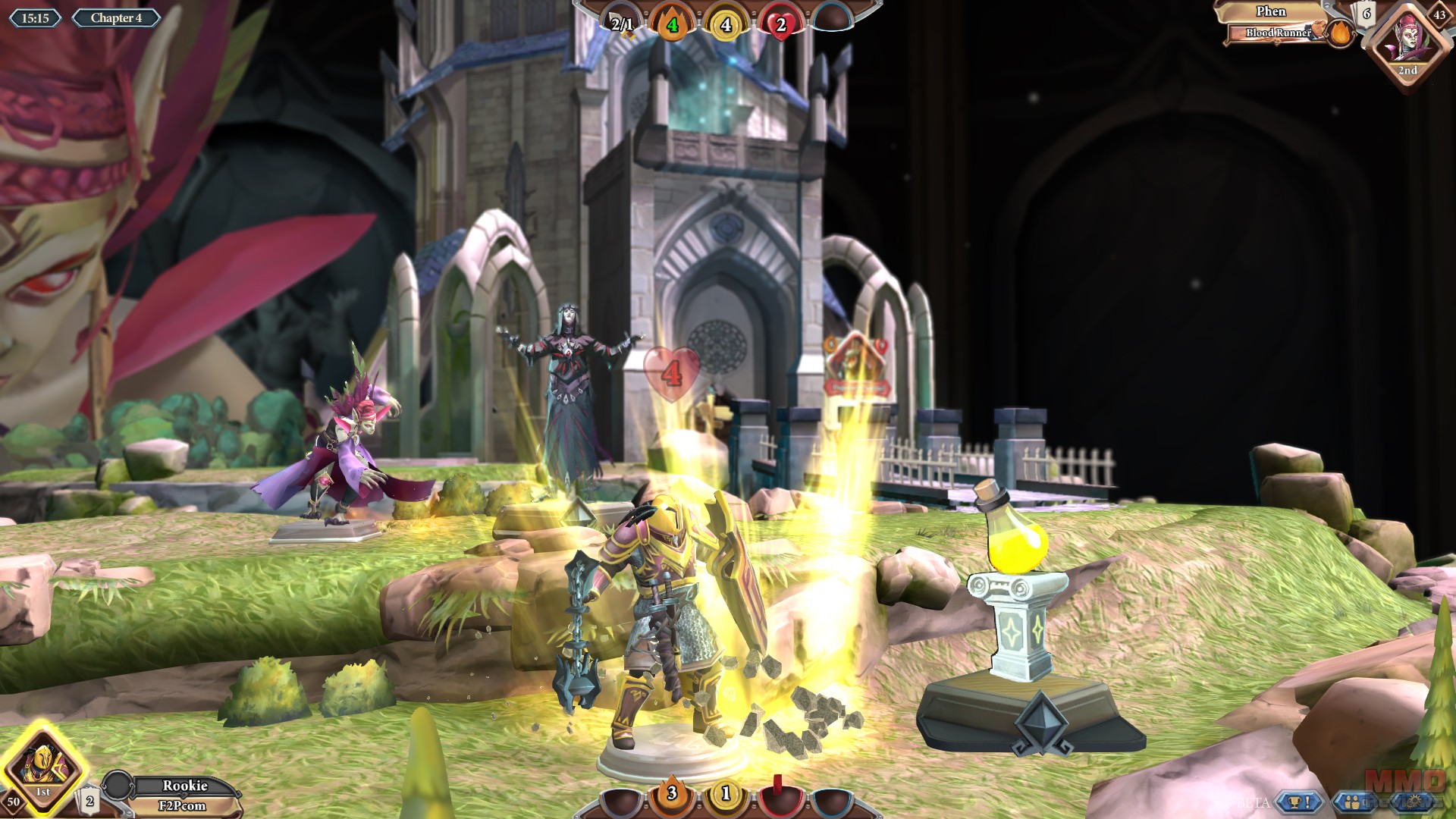 Chronicle: RuneScape Legends brings a unique twist to the card collecting game genre where players will fight against each other in a series of battle stages on their way to a potential final battle at the end of the bouts (if they survive!). Players can collect hundreds of cards, play as five different classes, embark into a Dungeon mode to earn great prizes, and pit their strategy against other players in PVP!

Unlike other card games Chronicle: RuneScape Legends has a different twist on the classic card game genre, here players start a round with their hand of cards randomly drawn from their deck and must place down up to four cards in front of their own hero. Their Hero must then defeat these cards in order, collecting armor, weapons, health, coins and extra damage upgraded as they progress by the cards whilst their rival opponent does the same thing.

Players battle across five stages, building up their character whilst also trying to damage and hinder their opponent, with many cards dealing damage to their rival, removing their armor and weapons, and making it more difficult for them to defeat their own cards. The two hero Chronicles fight through the five stages and should one hero lose all their hitpoints then they are defeated; however, if both Chronicle’s make it to the end then they have a final showdown against each other with all the boosts that they have acquired on their journey.

There are five characters in the game representing different classes, each with their own unique cards and core playstyle, such as:

The Smith – This class mostly focuses on trying to build up her weapon, many of her unique cards will give her boosts to her weapon to make her attacks temporarily stronger. Unlike “damage” boosts which permanently increase your attack damage, a weapon is a temporary boost of damage for a duration equal to the weapons durability (how many attacks can be made with it until the weapon is destroyed)

The Thief – The thief focuses on trying to build up their stash of gold coins, either from cards they defeat or by stealing them from their rival! Gold coins are needed to “defeat” Support cards that require a specific number of coins to get passed them and acquire their benefit, by stealing a rivals coins they can both hinder their opponent whilst helping themselves

Cards generally have extra effects on them when defeated, many of which are tactical decisions. Some cards may damage the hero for 6 health, but grant them 8 armor (which mitigates damage taken), which if then combined with a high cost potion Support card that grants health equal to the value of your current Armor score can really help!

However, players can also try to harm and hinder their opponents with their cards, some cards will directly damage and enemy such as high level Creature cards dealing up to 10 damage. Also, in the situation above where a player is happy taking the health damage to gain the armor boosts and knowing their potion will replenish their health, if their rival uses a card to remove their armor then it can leave them in a terrible position!