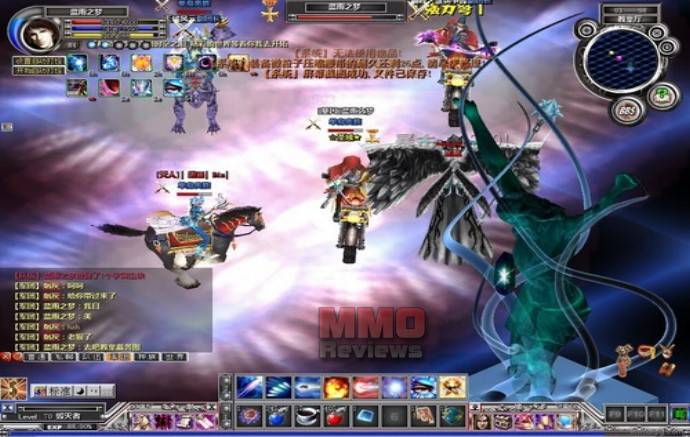 Chaos Online is a massively multiplayer online role-playing game with the latest 2.5D engine: SancoX - specializing in magnificent effects and expansibility. The game is published by Ingle Games, implementing many new features into the game – For example, you are able to cast your powerful spells while ridding on a modern motorcycle!

The Growth system is a unique system of the game – This system allows the players to create and upgrade their equipment. With this system a player only needs create a single set of equipment. You can upgrade each item both in terms of level and quality; including weapons, armor, eudemons, gems and even mounts!

The War system within Chaos is unlike any other MMORPG! Race war is extremely breathtaking since there are three different races battling – nobody knows who will win the war in chaos. As an added bonus to Race war; Chaos online also holds Border War which is held five days a week in preparation for Resource War. The winning race of Resource war controls the battle field mines until the next Resource War. In addition, there are many other extreme challenge you can join in.

- We also provide active GM’s within the game, and a supportive staff.