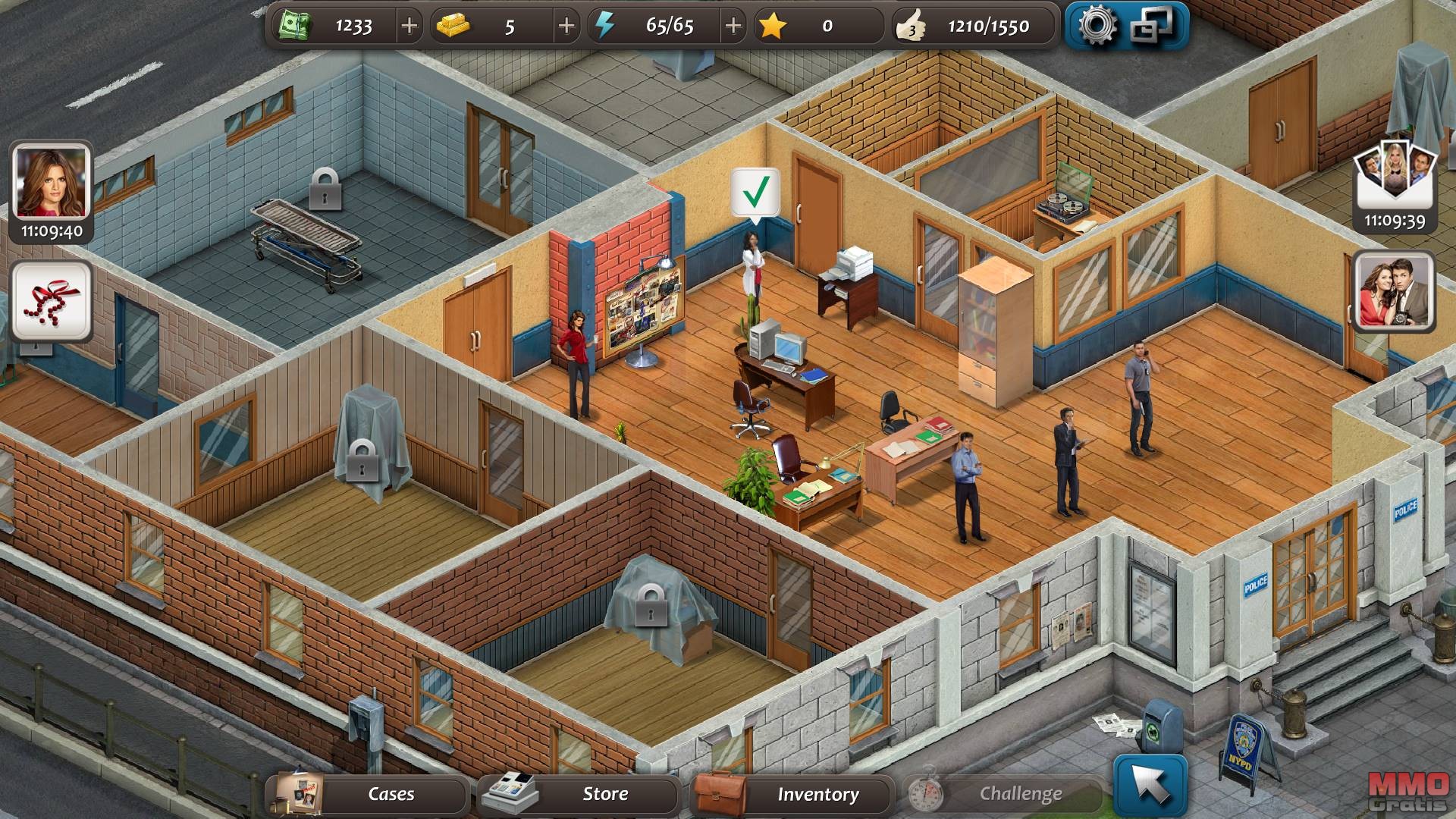 A fun and challenging MMO that sees players accompanying writer Richard Castle and Det. Kate Beckett on various murder mysteries as seen in the TV show “Castle” starring Nathan Fillion and Stana Katic. In the game players get to watch the story unfold as though a member of the audience watching the show, but are responsible for finding clues and evidence at various puzzle based crime scenes to progress the story driven content.

The game revolves around the murder cases picked up by Castle and Beckett and players play the unseen role of both characters as they search various crime scenes and locations looking for evidence and clues. These puzzle based scenes will reward players with resources, currency and XP needed to advance their account, unlock new features and progress the games’ story-arc.

Every case is made up of a variety of locations that the duo must investigate, whether the crime scene or apartment of a prime suspect in the search for evidence; these locations take on a variety of forms such as messy studio apartments, trashed crime scenes, inside messy cars and more. The layout is a scene that is cluttered with hundreds of unique items relevant to that location (and some completely irrelevant!) and when entering a scene players have a time limit in which to find 6 or more items that might be hidden in plain sight, partially obstructed or integrated so well into the scene that they are hard to notice. Finding all the items on the list then gives players a chance to find the final evidence that they are looking for, which completes the level.

With each search players will earn XP based on how quickly they can find an item, once the timer begins an XP booster gauge starts dropping down, lowering the amount of XP Boost a player will gain with the next found item. When an item is found the gauge jumps back up slightly, and so successive items found can jump the Booster to the maximum boost or simply keep it there if players are fast enough. Each scene has 5 stages, it takes a certain amount of XP from that scene to complete each stage, which increases with each stage, and rewards players with a Star.

Each stage is more difficult than the last with extra items added to make the search more difficult (which naturally become easier with players repeat attempts when they are brought back to the crime scene or repeat them to get Stars). As well as this players have to find more items before the final evidence can be searched for; each time an item is cleared off the list then another one fills its place until all the items needed are found.

There are numerous boosts that players can use in their search to help find items including a Pointer that located a single object on the list, a Multi-hint that highlights all the active items on the list, a Timer that extends the time limit allowed for searching, and a 6x Boost to give players more XP. Boosts are earned as players advance, but can also be purchased with Premiums Currency.

Stars are need to keep the story moving, at certain stages the narrative will require players to spend stars in order to advance it; such as to use forensics on a found piece of evidence, or preparing to interrogate a witness or suspect. Stars are also used to unlock new rooms in the police station, as well as needing level pre-requisites, that grant players extra rewards and perks. Players can decorate these rooms with desks, chairs and other creative furniture to increase their “Comfort” (their account level) that unlocks other items in the game and helps players progress.