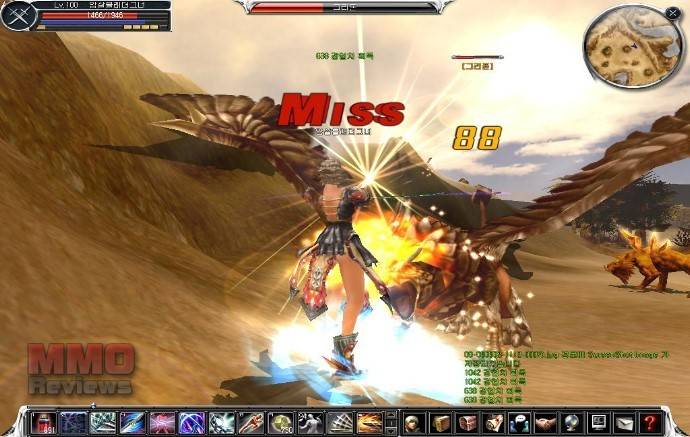 Developed by ESTsoft for Windows.

The game takes place in a mythical world known as Nevareth, which was destroyed by an evil entity known as the CABAL. Out of the survivors, seven "Masters" rose up, each wielding the abilities of the "Force Power". These masters taught the people, and Nevareth was rebuilt. Years later, the CABAL is plotting a return to power, and the characters of the game take up the role of heroes who battle the CABAL uprising and conspiracy.

-Warrior; "Warriors" are those who have inherited the very first form of "force". They practice physical strength by using force rather than manipulating it, thus being a warrior requires being more physically superior than those of the other forms of force.

-Force Archer; Force Archers do not move around much compared to other classes due to their unique battle style, and they wear armor such as "Battle Suit Set" from the Pastur continent, which possesses better defense than light clothing armor.

- Blader; Just like the warriors, bladers have very limited understanding of force, and so mainly practice physical strength and agility more than studying the knowledge of force, which requires intelligence.

- Force Shielder; Force Shielders specialize in short-range force control, which means that they are incapable of doing long-range attacks. However, they make up for this weakness by developing supporting magic spells which increase their attack strength by manipulating outer forces near their bodies. It's these methods which match those of the Wizard's strongest asset.

- Wizard; "Wizards" are ones who have mastered the very "last form of Force", which the Sage Tower has inherited from the Honorable Age. They manipulate Force to compensate their physical weakness.

- Force Blader; Since Force Bladers must be equally skillful in fencing and magic, they try to keep balance their practice in physical strength and intelligence. Although there are not yet many Magic Sword Skills introduced, still Force Bladers can use joint sword and magic skills.

Ability EXP, also known as AXP can be earned along with EXPs. AXPs is converted to AP, and these points can be used to learn passive skills. AXP is a sort of EXP that will support the game play to be more exciting as character levels up. Earning AXPs is same as earning of EXPs. If 10K EXPs were earned from the mobs then AXP can be gained around 10K. However, different from EXP, AXP has a different conversion rate by levels.