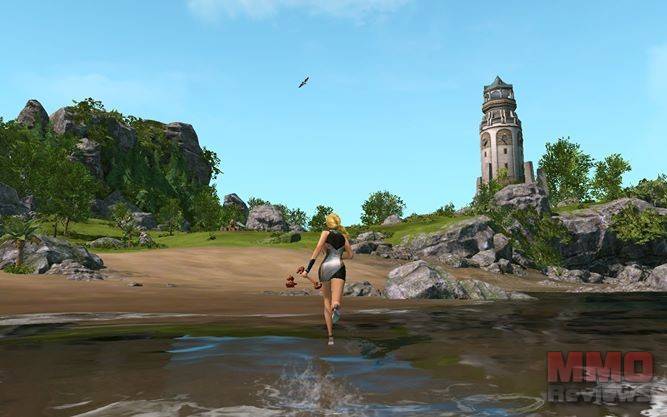 Cabal 2, a game that has been popular in Korea for many years, arrives to the Western market allowing players to enjoy and explore this huge world of enemies and rival political empires in a story rich land. The game has many staple MMORPG features and allows players to choose from various unique classes to explore combat against both AI enemies and other players in epic battleground fights.

Cabals 2 is quite simply a well-made, exceptional looking MMO RPG designed with the Crytek 3 engine, it ticks many of the boxes expected of a current MMORPG in terms of content and features. Focusing primarily on combat, for both PvP and PvE, players have a choice of classes to play as and fully customisable characters choosing both their gear and skills.

In the game players can choose from six unique classes, each having their own unique play style, powers and abilities that will change how players must approach combat and bring something different to any group of questers:

One of the main focuses of Cabal 2 is combat, whether against the challenging AI in PvE focused quests or going up against other players in the 16 V 16 battle arenas. Players have access to a multitude of attacks and abilities on their hotkey bar and are able to chain together various moves to create powerful combo attacks that will both churn out extra damage as well as give other regenerating properties to the player. When an enemy is close to death players are able to trigger a cinematic deathblow that will finish them off in style.

Throughout the game players will constantly be sent into dungeons with a handful of quests to complete that will in turn provide them with rewards and XP to level up. One of the key features of Cabal 2 is the ability to choose the difficulty setting of a dungeon prior to entering it; if a player enters a dungeon on easy mode then they are unable to complete any quests but get to explore the area and get an idea of the challenge ahead. However, once players reach higher levels they unlock the higher difficulty modes and are able to gain access to more powerful gear drops and loot rewards from the dungeon itself.