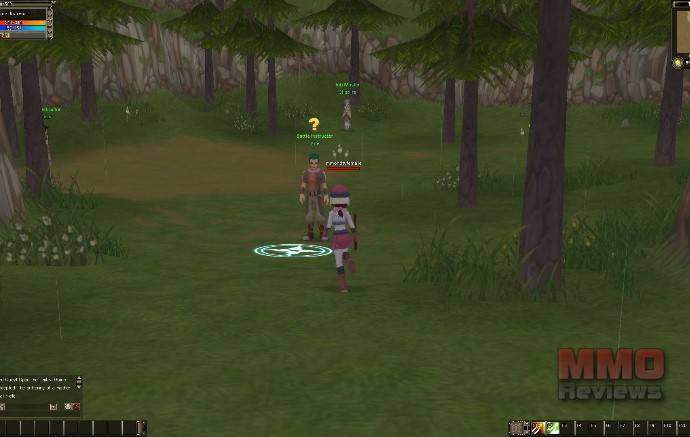 Bright Shadow is a f2p MMORPG in which players collect monsters cards by defeating enemies.

For many centuries, the magical world of Luciena has been under threat by mysterious dark forces. These evil beings from the Umbra Realm are using ‘Soul Power’ to transform themselves into hideous monsters that seek ultimate domination. The Umbra’s power is fed by destruction, deceit, corruption and death.

The once peaceful community of Luciena have been rediscovering the magical properties of Soul Power to defend themselves against the Umbra and their powerful God-like PenUmbra masters. The Lucians united and diversified, developing tactics, technology and magic to stop the notrocities they have had to endure for so long.

The Lucians have had numerous successes against the forces of evil, but soon the Umbra retaliated with merciless force and it was clear that the war had just begun.

Warrior
Masters of ‘close quarters’ combat. They can inflict a great deal of damage to their enemies in melee combat and also absorb quite a bit of hits due to their remarkably high defensive capabilities.

Machinist
A fairly unique class as it's only found in Bright Shadow and only a handful of other titles.They are a mix between a Ranger and a Merchant.They have a powerful long range attack and both bows and guns.They can also craft weapons and armor.

Shaman
With numerous healing and buffing spells, Shamans are the primary supportive class in Bright Shadow. Think of them as a mix between a druid and a cleric. Even though shamans are primarily a support class they still have some offensive magic.

Mage
The Primary offensive spell casting class in the game. They have devastating AoE and DDS but have extremely low physical attack and defense. They command the powers of both fire and ice.

Bright Shadow system supports combo attacks. You are able to perform combo attacks only when you are in party. This happens when two or more users combine skills as a result an additional skill will be triggered causing extra damage to the umbra but with the episode 1 now up to 4 people can perform combos. It takes 2 different classes working together to trigger combos.

Pets can be gained by completing Seal Tower quests. There are also vanity pets that can be obtained from bosses, these pets use less SP then pets form Seal Tower but they do not give any effect. Pets gained from Seal Tower can not be traded unlike vanity pets which can, but they can be sold to merchants while vanity pats can't.

Seal Tower pets are one time only pets, so once you get rid of it you can never get it back. There are also pets you can buy from the Potcash Shop but for now there is only one.