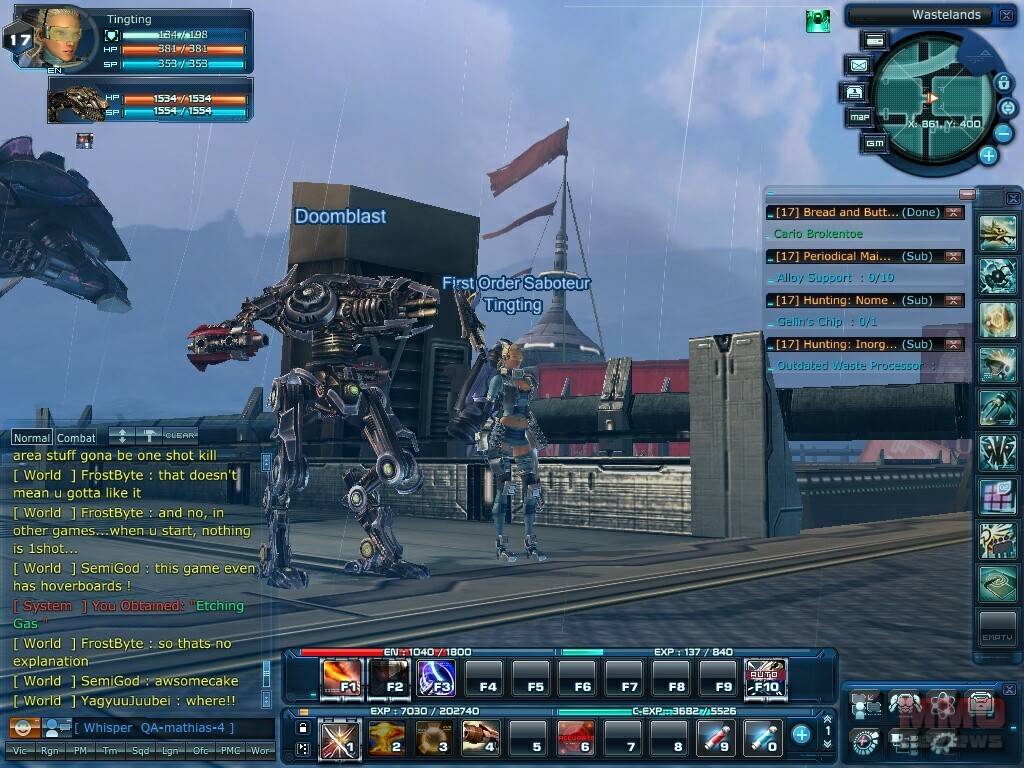 Bounty Hounds Online is a free-to-play action MMORPG with breath-taking graphics, animations and special effects, set in a 3D sci-fi environment, that provides a lively world that never sleeps in which players will fight for a powerful mercenary faction.

Take over the role of one such mercenary who has survived the galactic war und be part of the Private Military to fight for mankind and become a true hero.

When mankind first made contact with Extraterrestrial Intelligence (ETI), an epic galaxy-wide war broke out. The humans tried to destroy the alien threat on potential planet colonies, a Federal Government was established and the colonial war officially declared over.

However, this peace wasn’t meant to last as the galactic quarrels continued. Private Military Companies rose to support the government. These mercenaries, also known as Bounty Hounds, are uncontrollable and growing in number. Every day, a new horde of mercenaries is heading to Clear Sky Planet to compel the PMCs, hunting for greater victory – or death!

Agent - Being a very agile class, the Agent’s strengths lie in dodging incoming attacks and countering them with critical hits. He utilizes a precise sniping rifle and circleblades as well as the dark powers against his enemies.

Chemical Brawler - The Chemical Brawler is the tank class in Bounty Hounds Online. Being capable of dealing with a multitude of enemies and of taking a lot of damage, he’s a defender always to be found at the frontline. As to weapons, he’s equipped with a shortgun and the cestus, a particular fist weapon.

Engineer - Providing reliable micromachinery but also being able of curing his allies, the Engineer is irreplaceable supporter in every mission. In order to deal a lot of damage, he makes use of an accurate crossbow from afar and sharpened dual blades if it comes to close combat.

Heavy Gunner - The Heavy Gunner is a specialist in ranged combat, possessing an extremely long range of fire and an enormous firepower. As primary weapon, he uses a bazooka, while having also a twin glaive for close combat at his disposal.

Shock Trooper - The Shock Trooper, known for his high-speed charges, is a heavily armoured melee fighter. His primary weapon is the greatsword, his secondary being a heavy machine gun. During battle, the Shock Trooper is an indispensable offensive force.

In Bounty Hounds Online, every class also has the possibility to call upon special Combat & Tactical Units (CTU) for assistance during battle. CTUs are customable and transformable robot pets and, once activated by an operator, loyal, protective companions. Also levelling up, these pets will grow more powerful and can furthermore be improved by specific upgrades and the teaching of new abilities.

CTUs are divided into 3 classes: Stellblade, Thunderbolt, and Ironback, each one possessing distinct attributes, capabilities, and exclusive combat skills.

Bounty Hounds Online provides a smooth and intuitive combat system which automatically switches between melee and ranged attack depending on the player’s distance to the target. This way, players are able to move easily around efficiently using their skills plus both melee and ranged weapons.

While exploring the game’s universe, players will have to face different types of enemies:

Humans - Being an intelligent life form able to craft a variety of weapons and equipment, they’re well equipped for battle. Their greatest weakness is their limited ability of taking bio damage.

Beats - Beats are indigenous species on every planet with good survival instincts, highly evolved motor skills and reflexive abilities. Due to their enormous variety, they present different methods of attack using their body parts as weapons.

Machines - Artificial species created to replaces humans in battle; machines have great endurance and can resist nearly every kind of damage. They only have disadvantages against electric damages.

Insects - Possessing an advantageous body structure, insects have become the race with the strongest survivability. They produce highly acidic fluids and poisons within their body and additionally use stinger tails and pincers as weapons.