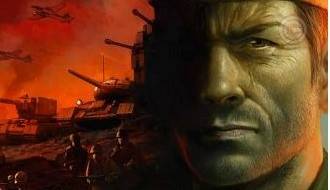 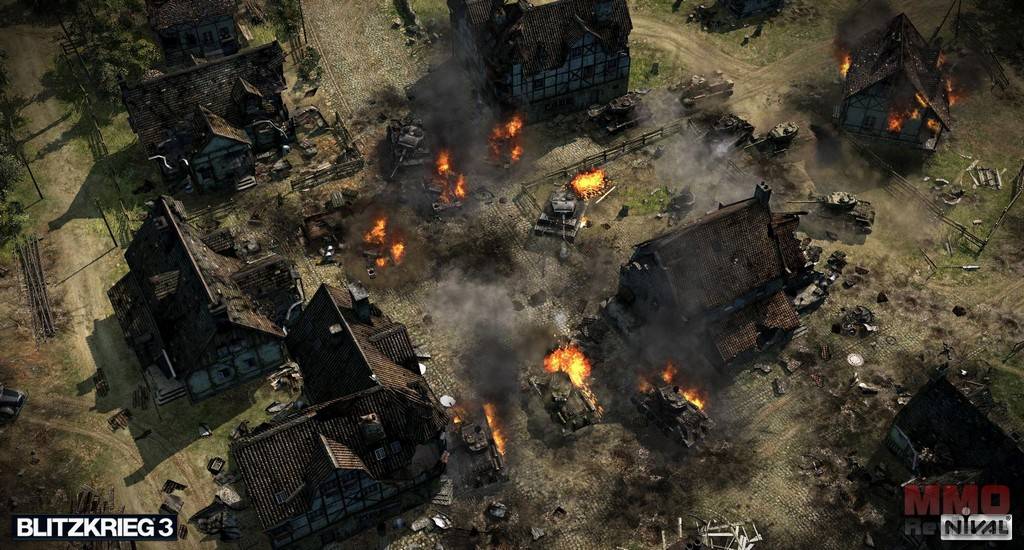 The newest sequel in the Blitzkrieg franchise, Blitzkrieg 3 is a fast-paced action-packed real-time strategy MMO where players must go up against other players and intelligent AI opponents in the battle for World War II. With three primary nations/alliances to choose from the game is personalised depending on who you choose to play as offering up a different experience, unit types, bases and military campaigns.

Focusing on the events of World War II players have the chance to play as the Axis, the Allies or USSR in a three way fight for control. Players will be responsible for establishing their own base formed from various buildings and fortifications and training up their own army of troops from various ground units including infantry and armoured vehicles. The game, as ever with the franchise, focuses on real-time strategy and tactics to overcome and dominate the numerous challenges and opponents the player will face and through their victory will earn great reward.

Each nation as a variety of troops that fall into one of five different categories: Light and Medium Tanks, Tank Destroyers, Heavy Tanks, Light Vehicles and Infantry. Each unit will serve its own purpose in the battle and open up different strategies, there are different options and individual units can be unlocked from each category as players advance scientific research as well as meeting other prerequisite criteria.

Light and Medium Tanks - in many situations mobility is much more important than dishing out massive amounts of damage, these tanks are particularly useful against infantry troops and such tanks as the German Panzer and Allied Sherman gained notoriety throughout the war

Heavy Tanks - packing a punch the Heavy Tank is a fearsome sight to behold and can level buildings as well as destroying armoured vehicles with the huge amount of firepower they hold, classic examples are the Axis Tiger tanks

Tank Destroyers – many tanks were built with the purpose of inflicting as much damage as possible on other tanks, though with this primary focus it often left these vehicles vulnerable in other areas

Light Vehicle – whether half-tracks, personnel carriers, armoured cars or other vehicles many units in the war were used for support, transport and scouting as opposed to outright combat situations

Infantry Troops - whether the heavy hitting Grenadier or more defensive Machine-Gunners, infantry troops make the backbone of any army, able to get to places that many vehicles can’t

One of the key elements to any army is the establishing of a forward base of operations; players will have this opportunity to set up their own base from a wide variety of different buildings as well as strong defensive military fortifications. As players level up and progress through the game they will gain access to new buildings as well as upgrades to improve previously constructed ones, which in turn will offer up more features and access to more powerful units within the game.

Headquarters - the primary building of any base, the continued advancement of this building directly effects every other aspect of the game, accessible buildings and unit construction

Barracks - used for training up infantry units to head out into the battle, as it is improved it opens up new unit types and improves their efficiency

Players get to choose from three different campaigns depending on their choice of nation, the Allies will see "The Road to Rome" for the Italian campaign which was the largest ground operation of American troops, the USSR will see "The Fall of Berlin" as Soviet forces engage on two fronts and race to seize the German capital, and the Axis play "At the Gates of Paris" showing the events of the fall of France in 1940.