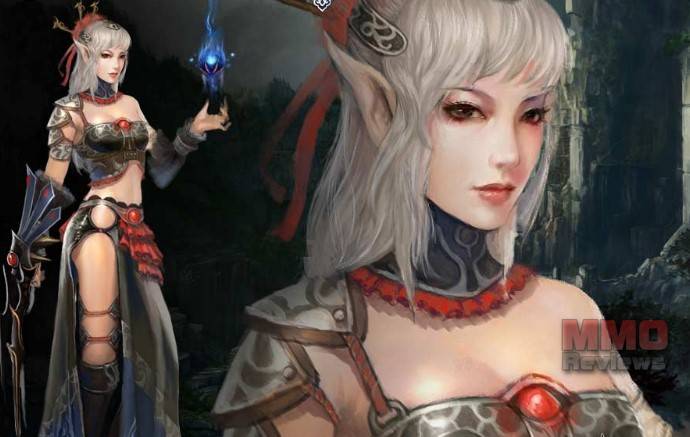 Blade Wars is a revolutionary action/fighting MMORPG that was developed in China, and now it has been adapted for players all over the world. The setting is a mythical universe where Abyssals, Humans, and Immortals battle each other for dominance. What sets Blade Wars apart is the depth of the battle system that encourages skilled players to constantly challenge each other for supremacy. This is a game that seasoned MMO veterans will truly appreciate.

Blade Wars offers you an unparalleled variety of realistic martial arts moves, as is shown by the 99 different combat styles available. Different combinations of skills can result in powerful combo attacks on your enemies, and the battle system is based on a dynamic algorithm that factors in everything from a player’s level to the time between attacks to the enemy’s position. You are even able to use abilities such as feigning attacks, or if correctly timed, dodge opponents’ strikes. As you hone your skills, you will be able to challenge others in special Arenas, where players take turns hosting duels with the victors reaping the many rewards.

IIn addition to the revamped fighting system, the game incorporates many of the same great features that players loved in ChangYou’s previous title, Dragon Oath. Mounts, trading, guild wars, daily events – they’re all here in Blade Wars, and we invite you to discover the excitement of this wildly popular game for yourself.

Wherever the Qi scattered, it would form living beings known as “Jie”. The most common form of Jie was Mortal Jie, otherwise known as Human. The essence of Qi then ascended into the heavens and gradually formed Immortal Jie. The last remaining Qi formed the Abyssal Jie beneath the Earth.

Zither Hero
Purchasing the Music Skill from Zither Terrace allows an adventurer to play beautiful and graceful music for other adventurers to hear. Adventurers can choose to use a musical guide for a certain piece or can play a custom musical number. The timbre of the musical instrument can be changed instantly from a wide range of thematic instruments. The musician earns experience points for playing songs for other users.

Fluid Combo Attacks
Blade Wars offers a system of attacking any opponent with incredible attack sequences. Continually hitting an enemy will generate long combo strings which grant extra damage on the 7th, 15th, 22nd, and 33rd hits. Generating longer combo attacks adds more damage as the combo continues. Up to four separate attack combos can be customized, and their scope is limited only by the adventurer's imagination.

Mythos
Blade Wars contains a strong underlying background steeped in ancient Chinese legends, from Xing Tian, the Headless Giant, to the Yan Emperor. Beginning in the diversity of Spring County, the plethora of adventures and tasks available serve to expose the rich culture behind the Blade Wars saga.

Thematic Environments
Each major town has its very own theme, and surrounding each major town are wild areas that mimic the town’s prosperity. The wild areas share similar traits to each other, allowing for a smooth progression from luscious green land to desolate wastelands.

Tremendous Guild Battles
Groups of adventurers can form guilds, allowing for greater adventures. Continual cooperation between guild members increases the prosperity and standing of their guild, allowing the guilds to evolve into larger and more powerful entities. As a guild grows, it will gain enemies from other guilds who envy its power. Once a guild declares war on a different guild, huge battles can occur between them, with the outcome affecting the guild structure itself. Powerful guilds can become infamous through too many losses, while small guilds can rise up with continued victories.

Playing Nicely with Others
Team up with friends and take on the evil denizens of the realm. Extra experience and coins may be earned by playing with other adventurers through Mentoring, teaming with friends, and teaming with guild members to complete quests.

Weapon Creation
Pieces of long discarded weapons dropped throughout the world over the eons allow adventurers to collect and create their own special weapons. Every class has its own special weapon handle and weapon head, and each piece can be different from other similar types of pieces. Once a weapon handle and a matching headpiece are collected, travel to a Weapon Forger in any major town and pay him 10,000 Coins to create a new weapon. The new weapon will contain the combined benefits of the individual pieces, allowing flexibility in choosing which items to forge.

Arena challenges
Arena challenges allow you to show off your skills to become the ultimate warrior.  Once you become a champion, you then have to defend your position. People within your level range must challenge your clone to attempt to become the new champion. If your clone loses you will have to fight the challenger personally. The rewards for maintaining championship are experience, coins, and challenge points. The longer championship is maintained, the more experience is gained.

Comprehensive in-game user manual
A huge amount of information can be found without having to leave the game at all. Intelligently included is a list of quests in range of your level without forcing you to scroll through a massive list to find something specific. The guide covers almost everything possible - shortcuts, guild help, monsters to kill, and more.

A Beautiful World
A bright palette gives Blade Wars a vibrant feel.  A combination of 2D and 3D graphical elements viewed from an isometric perspective immerses players within the world with dizzyingly spectacular quality.  Snow, rain, lightning, swooping birds, and highly detailed environments create a universe that is defined by beauty.