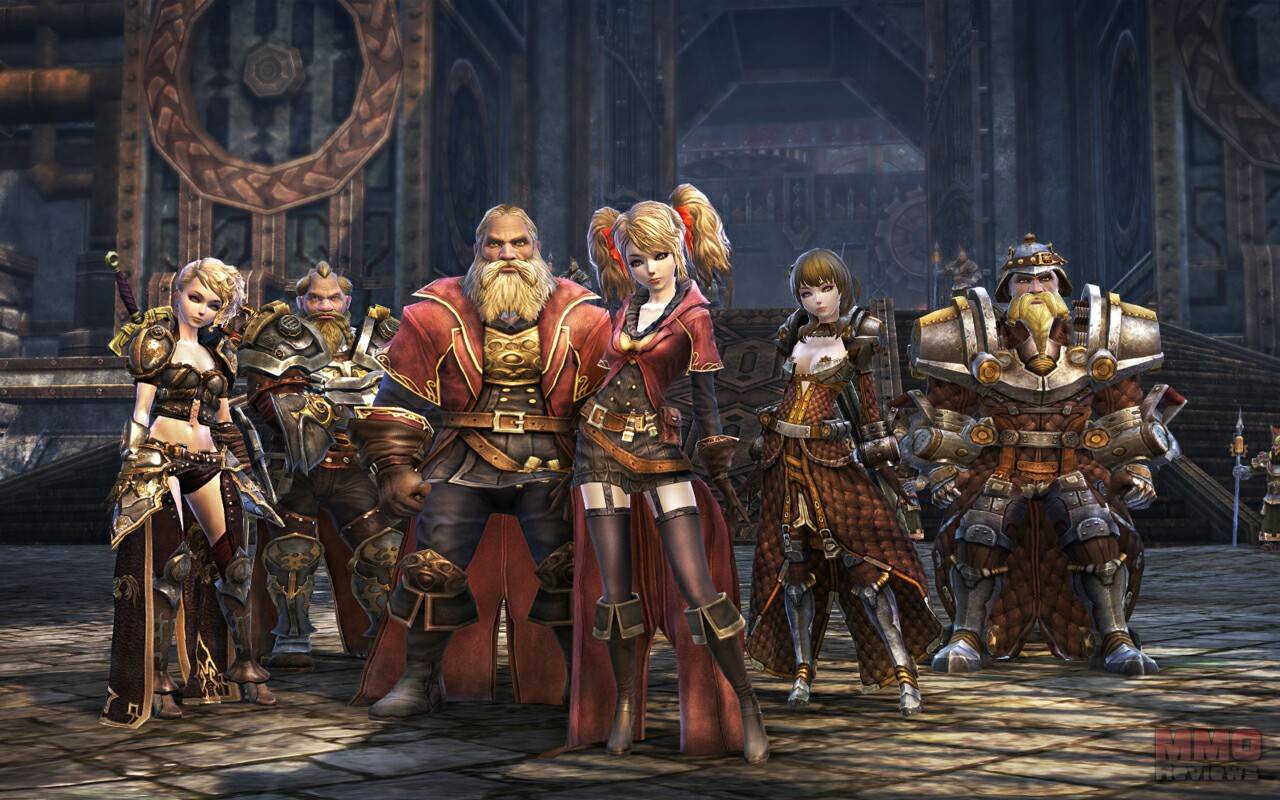 Black Gold Online is a free-to-play Massive Multiplayer Online Role Playing Game (MMORPG) which also includes both first-person (FPS) and third-person shooter (TPS) elements. Inspired by the myths and fairytales throughout Northern Europe, it combines a mechanised, gothic world of steampunk with a magic-filled world of fantasy where players will be able to trigger more than 3,000 dynamic events and actions that can change the game world.

In addition, players will have the ability to drive giant armoured mechs in combat, creating a variety of fun and different encounters for both PvE and PvP experiences.

In a vivid world where traditional high fantasy clashes with innovative Victorian steampunk, the discovery of a mysterious energy source sparked an ever-raging conflict between two belligerent factions. While one side seeks to manipulate the energy, empowering their arts of healing and sorcery, the other forges the energy into steam tech, engineering the fires of industry and gearing the machines of war. The two feuding alignments fight over the 300 square kilometre continent of Montel using powerful wizardry and a full range of spells only to be countered with amphibious assaults, airpower and steam technology.

The giant continent of Montel is divided in half by a range of nearly impassable mountains. One side is occupied by the Erlandirs, a union of Koshites, Yutonians, and shapeshifters the other by the Kingdom of Isenhorst, an alliance comprised of dwarves, humans, and vampires, .

The game includes six distinct classes that are faction-bound. While the Erlandir Union offers the Demon Hunter, Alchemist and Elementalist, the Isenhorst faction presents the Tech Adept, the Inquisitor and the Mystic.

The game includes three types of battle vehicles: land, Air and water; there are currently 32 total battle vehicles; 18 are personal battle vehicles while 14 are specifically for use in the game’s Energy Well battle. Those vehicles can only be used in the open world, but not in battlefields, arenas or dungeons.

The game has a great focus on large-scale team battles and offers enormous open world PvP battles between the two factions, where players can directly attack each other without warning, as well as many large-scale world events involving team PvP, such as town sieges and the Energy Well, which may turn a whole map into a battlefield.

In addition, the game include arenas to create a more 'fair' PvP environment for players to prove their skills.