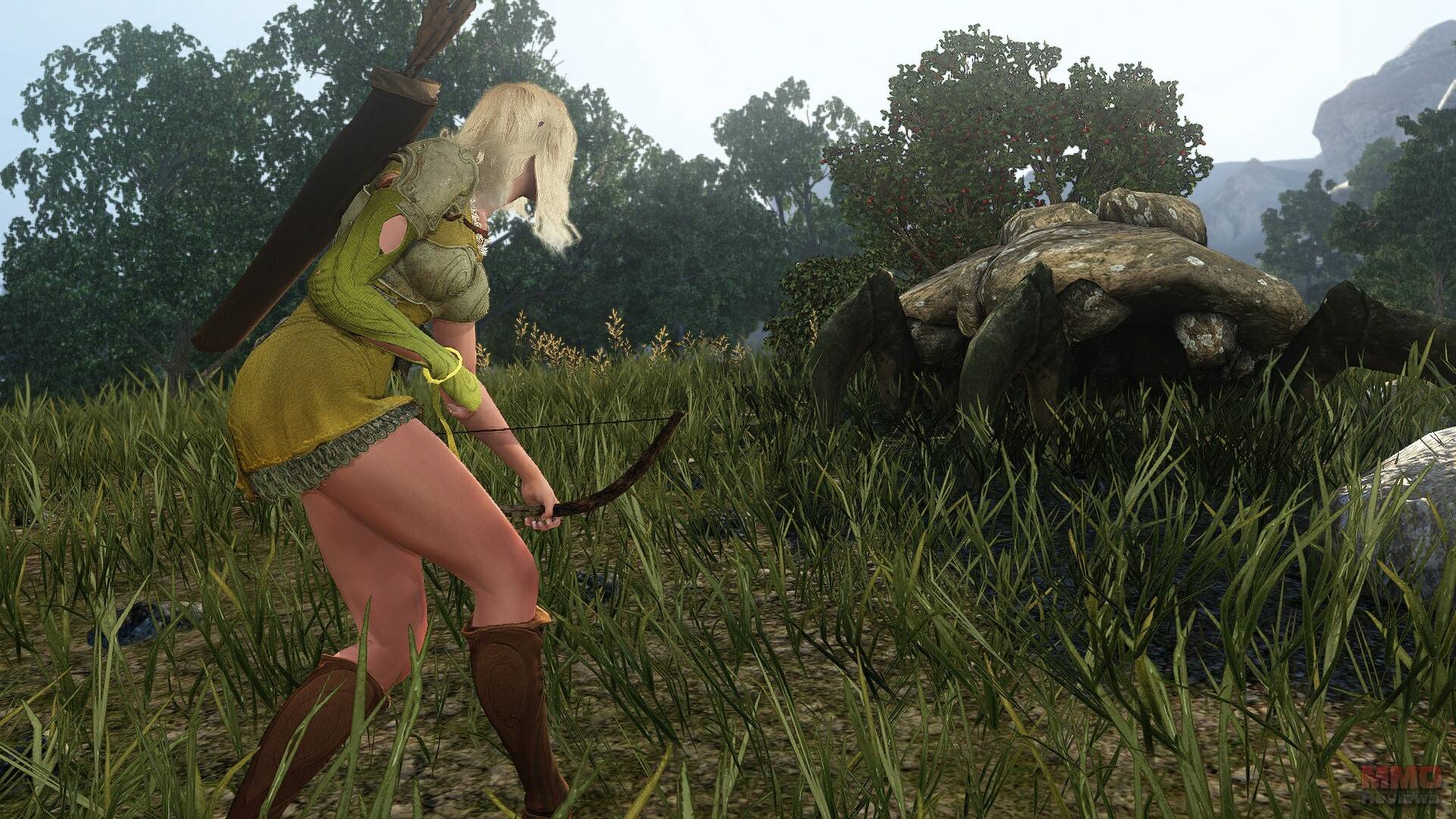 Black Desert Online is an upcoming action MMORPG which has just begun its closed beta in Korea and is supposed to arrive to the Western market in the near future. The game takes place in a stunning world, where you will be able to weave a complex web of relationships with characters and NPCs.

Players will explore a medieval open world where they can hunt, do farming, craft different types of items and sell them at the game's market. Players can also join Guilds, participate in PvP battles, or enter in instanced and open-world dungeons.

At the beginning there were 4 nations Valenos, Media, Kalpeon and Serendia, that were trading with Valencia. Unfortunately Valencia merchants brought with them a mysterious disease called the Black Death which brought death to thousands of people, destroying the Royal families, the nobles and the low class people of each country.

Valencia was marked as an enemy, and the priests of Ellion instigated the people saying that the disease was caused by alchemists who forged stones out of black stone. The four nations signed an Alliance and declared war against Valencia. The war lasted 30 years and none of the factions was able to stand out victorious.

But the Media discovered the value of the black stone, getting huge wealth by selling the valuable resource between Valencia and the alliance. When the rest of nations realized the opportunities Black Stone offered, a race to get hold of it began. Serenia, Media and Valenos had natural deposits of Black Stone, but Kalpeon didn’t have any source on their territory, therefore trying to take it by force from the others.. And another war began...

Black Desert Online features 2 factions engaged in an endless war with each other: the Kingdom of Valencia and the Republic of Calpheon. Both nations have different cultures, climates and environments, having confronted each other for many decades to obtain the rights to Black Stone. But Black Desert is not an RvR game, so players don't have to join a side.

Pearl Abyss have confirmed three races: elves, humans and Giants. It is possible that Dwarves and Hobbits join them because they fit perfectly into the game’s medieval European aesthetic.

There are currently 8 confirmed classes: Warrior, Predator, Blader, Tamer, Sorcerer, Valkyrie and Ranger. Each class serves have a specific role within the groups. At the moment a healing class is missing.

Although there are gender-locked classes, others classes can be played with both sexes. The decision whether certain classes will be restricted to any of the available races is still pending.

Black Desert Online features an action combat system that combines the use of keyboard and mouse to control the characters. The developers have also created a variety skills and saction combat sequences that goes beyond simply pressing number keys.

The timing of pressing a certain key and performing a mouse click will play an essential role in the combats, and monsters will react in a complex manner to the actions of the players

Crafting is an essential part of the game which incorporates a typical MMO crafting system. Players can craft most of the items they need in housing, castles, sieges and PvP on their own. You can choose between 5 different professions with which you can create weapons, armor or decorative items for houses and castles. This not only provides you with useful items but also opens up huge opportunities to customise the appearance of your character, their equipment and their houses.

Crafting naturally involves collecting raw materials which can be found throughout the world. Some areas will grant specific resources that can’t be found in others, which will encourage players to trade raw materials as well as processed products.

In the game, players can join guilds, enabling them to capture and defend any of the several castles that there are scattered around the game world. Owning a castle will allow guilds to collect taxes from people living in the guild’s territory. The strongest guilds may even try to to conquer all the castles of the world, which will be extremely difficult to achieve and maintain.

At the moment the main PvP elements of Black Desert Online seem to be open-world PvP and large-scale guild castle sieges. Mounted combat will also be available.

Siege warfare may see up to 400 vs. 400 players involved and will require tactics and strategy to successfully defend or capture a castle. During castles sieges, the defending guild will have to destroy the enemy artillery as fast as possible to avoid critical damage on their castle and the attacking guild will attack the castle by bombarding the gates or just using ladders to scale the castle wall.

The game world is an open and seamless one, and will allow players to freely roam and hunt other players. There’s nothing known yet about possible penalties for PKing though. However, there’s a chance that players will drop some items upon death but character-bound items such as weapons and amour won’t be included.