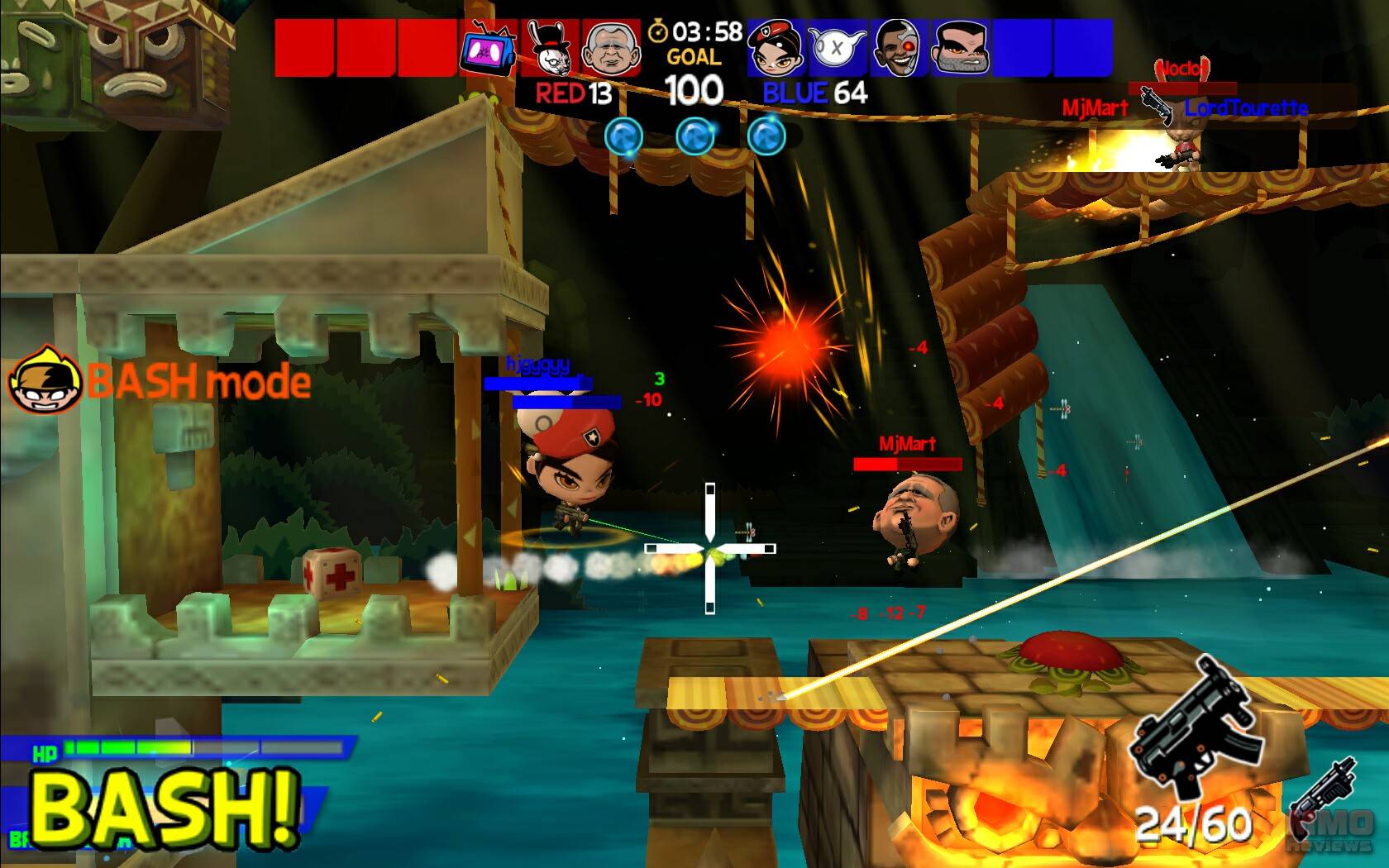 BigHead BASH is a multiplayer browser game set in a world of vinyl collectible toys that allows players to fight with all kinds of hilarious weapons, ranging from sniper rifles to tea cannons.

The game is presented in side-on 2.5D. In BigHead Bash players can compete against each other in real-time

- Fast-paced action reminiscent of old-school death match games, fast kills and lots of explosions.
- Multiplayer, co-op, team and capture modes of game play for matches of up to 8v8 with new modes being added regularly.
- The game has lots of weapons like Shotguns, flame throwers, rocket launchers and chainsaws plus a wide variety of other unique weapons like Lava Guns, Pepper Grinders and Tea Cannons.
- A Virtual toy store that features content from your favorite comics, games, bands and brands.

The game is very comical with avatars as Obaminator, Bushwhacker, and El Rominee, which are also a part of the mayhem.

So far the game has avatars from Alice: Madness Returns and Hellboy; a game designer pack featuring John Romero, Tim Schafer and Will Wright and tons more on the way in the coming months.

Going on a kill streak causes characters’ heads to inflate, boosting their damage but also making them a bigger target for the enemy team.