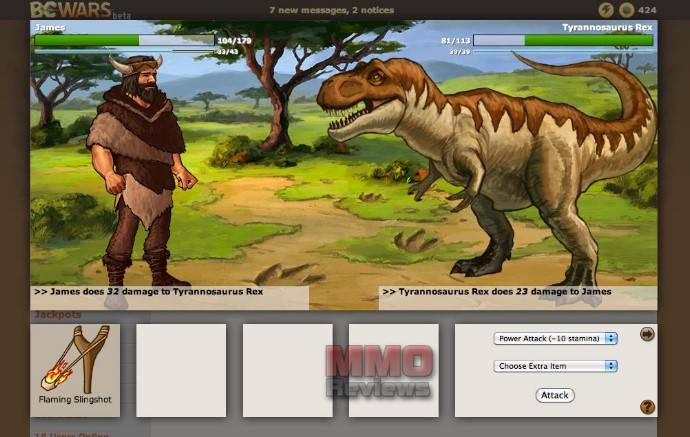 BC Wars is a browser-based mmo ambiented in the prehistoric world.

Start out as a regular caveman who minds his own business picking berries and hunting for food. Become a legend throughout time as you battle other neanderthals, wrangle dinosaurs, and build up your cave. BC Wars is also the first browser based game to adopt a true real cash economy where users can withdraw virtual money in the game for real money with a real exchange rate that is the same both ways.

•Virtual economy backed by real world currency.
•Earn real money by just playing a game!
•Real-time Player vs. Player and dinosaur battles.
•No resets means you never lose your hard earned stats.
•You can play as little or as much as you like, it won't hurt you either way