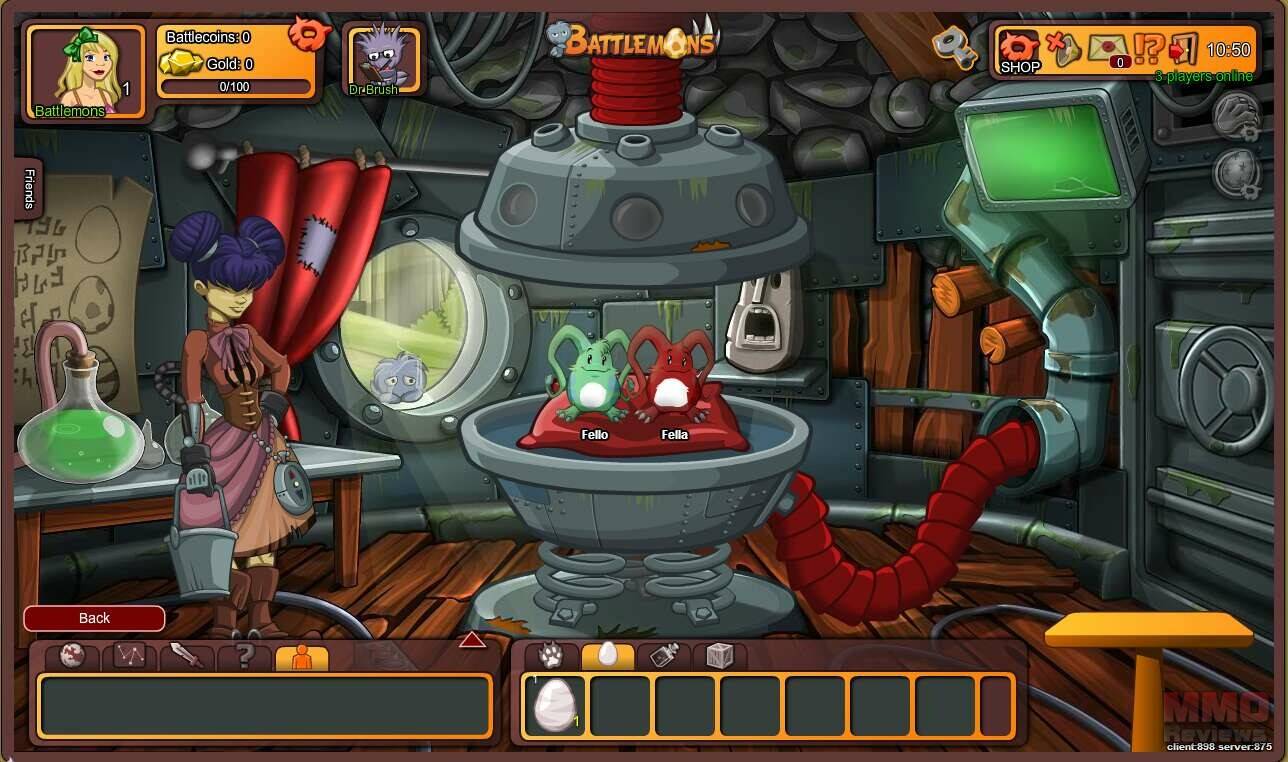 Battlemons is a free-to-play casual MMO developed by Travian Games that can directly be played in your favourite internet browser. Players will raise and train little fighting monsters to compete against others in the arena, breed new generations to trade them and head for exploration and adventures on the huge planet.

On a recently-discovered jungle planet, the astronauts stumble over hordes of mysterious creatures they name "Battlemons". Despite their cute appearance, they can’t deny to be real fighting machines. Although peaceful towards humans, those fluffy beings transform into ferocious fighters, determined to do battle whenever they meet another member of their own species. The astronauts soon discover that they can also tame and train them.

In Battlemons, players assume the role of a Battlemon trainer, starting with an egg from which their very own Battlemon hatches. They must be fed, cared for and trained before you can take them to the arena where they engage in duels in order to win gold, battlecoins and fame.
Later in the game it’s possible to breed new Battlemons with two of the same kind to gain even more powerful fighters or to trade the offspring on the market. There, you’re also able to buy to temporarily increase their Battlemons’ strength and intelligence. In addition, thrilling adventures await in the unexplored jungles.

The game features 7 different Battlemon breeds, each with its own, unique characteristics. They hatch from eggs of different colours and undergo several development stages from baby, youngster to adult. Training will increase their power, endurance and agility and prepare them for battle while the wilderness simulator sharpens their intelligence. By completing missions to gain skill points that can be freely divided between the Battlemon’s skills, players are able to level up their fighters.
However, those little monsters are more than just feisty brawlers: They’re loyal companions as well, accompanying their owners wherever they go and always standing at their side during all their adventures and dangers they may encounter while exploring the waste planet in search of its many Battlemon eggs and useful Battlemon artefacts.

The game features 2 currencies: gold and battlecoins. The former can be gained by fighting monsters in the wilderness, selling the items gathered in the jungle or participating in the sweepstakes. Battlecoins are earned from arena fights or can be purchased with real money.
Although completely free-to-play, Battlemons also offers so-called Monster Accounts and a Fighting Club membership that can be purchased with battlecoins. These memberships grant several smaller perks such as more energy, more damage or cosmetic items.