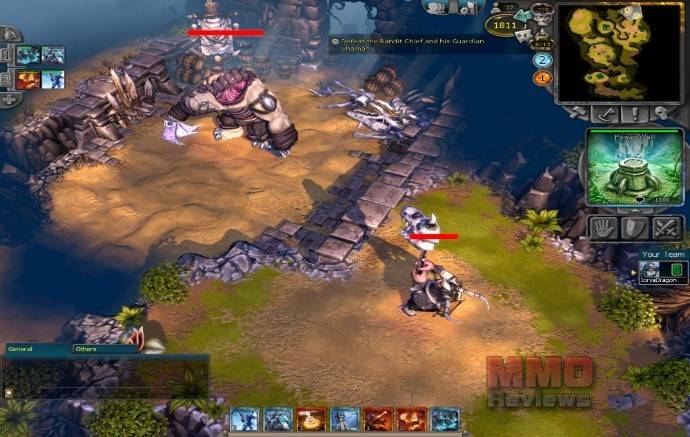 Developed by EA Phenomic for Windows.

BattleForge is a next-gen real time strategy game, in which you fight epic battles against evil along with your friends. What makes BattleForge special is that you can assemble your army yourself: the units, buildings and spells in BattleForge are represented by collectible cards that you can trade with other players.

In BattleForge, you build a deck of up to 20 cards from your virtual collection, which you then use for one battle in the game. This means that you can create your own, individual strategy for every single battle because the combination of cards is completely customisable.

There are 200 cards at release. More cards will be added in the game later. You can build and save as many decks as you like from the available cards.

You will receive 8 cards from each of the 4 powers of Frost, Shadow, Nature, and Fire:

You can play BattleForge in co-op PvE mode, as well as against other players in PvP mode.

When conquering a monument, you can choose which of the four powers you want to assign to it. The more monuments of one power you control, the better the cards you can play. You can only play cards belonging to any given power if you control a corresponding monument. So if you only control a Fire monument on the map, you can only play out Fire cards.