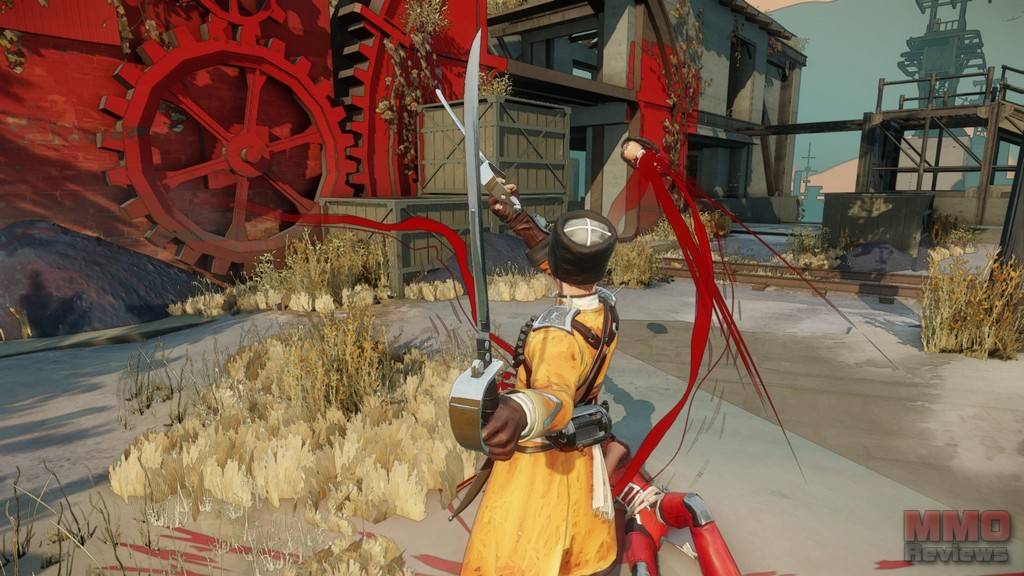 BattleCry is an exciting free-to-play MMO where teams of players fight against one another in high octane battles of up to 32 players as each fights for their own faction, using one of the many different classes available.

The game primarily revolves around players fighting for their faction in team based battles in designated WarZones, handcrafted areas and that can get the most out of the available classes, and offers a wide range of tactics and strategic use as players use positioning, cover and higher ground advantage. As players compete in the WarZones, they will earn iron that can be spent to upgrade their characters as well is gaining levels which will further unlock new abilities as they advance.

The World War that brought cataclysm at the turn of the 20th century was the defining point by the surviving empires that the way they conducted war needed to change, which marked the creation and signing of the Black Powder Treaty completely banning the use of gunpowder in war. From here, many nations began to develop a new form of kinetic energy known as Pansophic technology, which after many advancements will soon militarised and prompting old feuds spark up once more.

Still suffering from the destruction of the old war, the surviving nations agreed to settle their disputes in a more cost-effective manner, using trained elite soldiers that would enter premade WarZone areas who could fight for their faction and their wins or losses be used to determine the outcome of battle instead of suffering the cost in both money and loss of millions of lives that war so often claims.

The two playable factions that are currently available are the Royal Marines and the Cossacks, each faction has a different style and feel to their classes, but they are simply the first of many factions that will be released as the game continues development and even after release.

Royal Marines - the group used by the United Kingdom to keep hold of and expand their Empire, these infamous redcoats have been used throughout the countries’ history and now continue to use their expertise in war to solidify and legitimise the Empire

Cossacks - breaking away from their Polish and Russian rulers, the Cossacks have now created their own independent Kingdom; already fighting to break free off their vassal title they now continue this fight to further strengthen their fledgling Empire

The first five classes to be released are only the beginning as plans to expand the roster of the available Warriors is already in place, both pre-and post-release of the game:

Enforcer - using a huge sword that doubles up as a personalised energy shield this fearsome melee combatant is the ideal tank, who can protect their allies and inspire them with a powerful battlecry

Tech Archer - as either a Royal Marines long Bowman or a Cossack twin crossbow wielder, this long ranged fighter is able to decimate opponents with a volley of bolts and arrows before they even get close

Brawler - already a sturdy and physical fighter this hand-to-hand combat and has been further upgraded with large mechanical arms to punish, pummel and pulverise their enemies

Players are able to contribute to their factions War Effort by participating in the larger global war as a group, Guild or faction member, an event that will be updated each week so that players can see how well their faction is performing overall.