Battle of the Immortals score:

Battle of the Immortals screenshots: 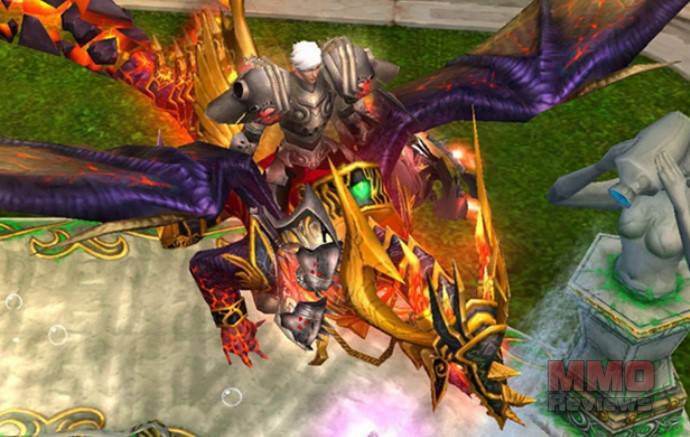 Battle of the Immortals

Battle of the Immortals review:

Developed by PerfectWorld Entertainment for Windows.

Battle of the Immortals is a 2.5D Action free to play MMORPG which incorporates Eastern and Western culture, ranging from Norse Mythology to the Qin Dynasty.

- 5 Classes, each with their own unique skill sets and equipment.

- Zodiac System, empower your character according to their birth date.

- Soul Gear System, unique sets of armor and gear for each class that grow and change as players use them.

- Hardcore PvP.  Battle other players within a deep and detailed ranking system.

- Hardcore PvE.  Battle against players within dungeons for the right to take down epic bosses.

- PvE Timetrials.  Race against other groups and guilds to kill bosses, the group with the fastest time gains access to even greater challenges.

- Mount System.  Ride upon giant beasts in order to shorten your travels, players can even fight while riding!

Berzerker
Berzerkers concentrate almost exclusively on causing physical damage.  Berzerkers still wear light armor, which gives them decent defense against physical attacks; however they are extremely susceptible to magical damage.  Usually Berzerkers are found in the middle of a fight, never on its edges.  Several Berzerker skills focus on weakening targets in terms of speed and/or defense.

Champion
Focusing almost entirely on defensive ability, Champions suffer slightly in terms of damage.  Most of a Champion’s abilities focus on being in the center of the fight.  Area of effect (AoE) taunts to save your friends from monsters, or even in some cases immobilizing their targets, Champions are invaluable tanks.

Heretic
Heretics come from a long line of religious fanatics.  Once holy men, have now melded dark magic with light magic.  Capable of dealing medium levels of magic damage, Heretics also have the ability to use magic defensively.  Many of their abilities are capable of buffing or healing the caster.  Heretics are a key component to any group encounter, whether it be against monsters or other players.

Magus
Magi are the masters of the elemental magic, utilizing them in order to create destruction and chaos.  Maintaining distance from your enemies is essential in order to be successful as a Magus.  Many of abilities of the Magi focus on crowd control and snaring/immobilizing your opponents, making this task much easier.  Magi are also one of the more area of affect (AoE) focused classes, allowing them to take on multiple monsters at the same time with relative ease.

Slayer
Slayers spend a large majority of their training focusing on what makes things “tick”.  They then spend an even larger amount of time studying on how to make the “ticking” stop.  Many Slayer abilities utilize poisons and the elements in order to cause a blend of both physical and magical damage.  While being fragile and weak in terms of defense, their offensive ability is almost unmatched.

The mount system in Battle of the Immortals is really quite unique.  In a lot of current MMORPGs, players can upgrade their mount in order to increase its speed.  In BoI, upgrading your mount not only increases its speed, but changes the way it looks as well as allowing your mount to learn skills! Not only does this mount gain a more aggressive look from upgrading, but it also gains the ability to blink as well as sprint.  Let's not forget that its base speed increases each time you upgrade it!

Mounts aren't the only form of companion you'll be able to bring along with you during your journeys in BoI.  Combat Pets are a key component of BoI. As you fight the denizens of the world, every now and then you'll have the opportunity to tame a monster that you kill.  This means that almost any monster you encounter in BoI can be a potential pet.

Battle of the Immortals game

19 Comentarios de Battle of the Immortals