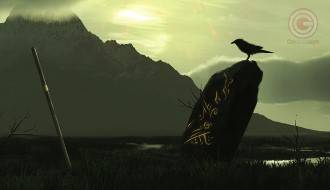 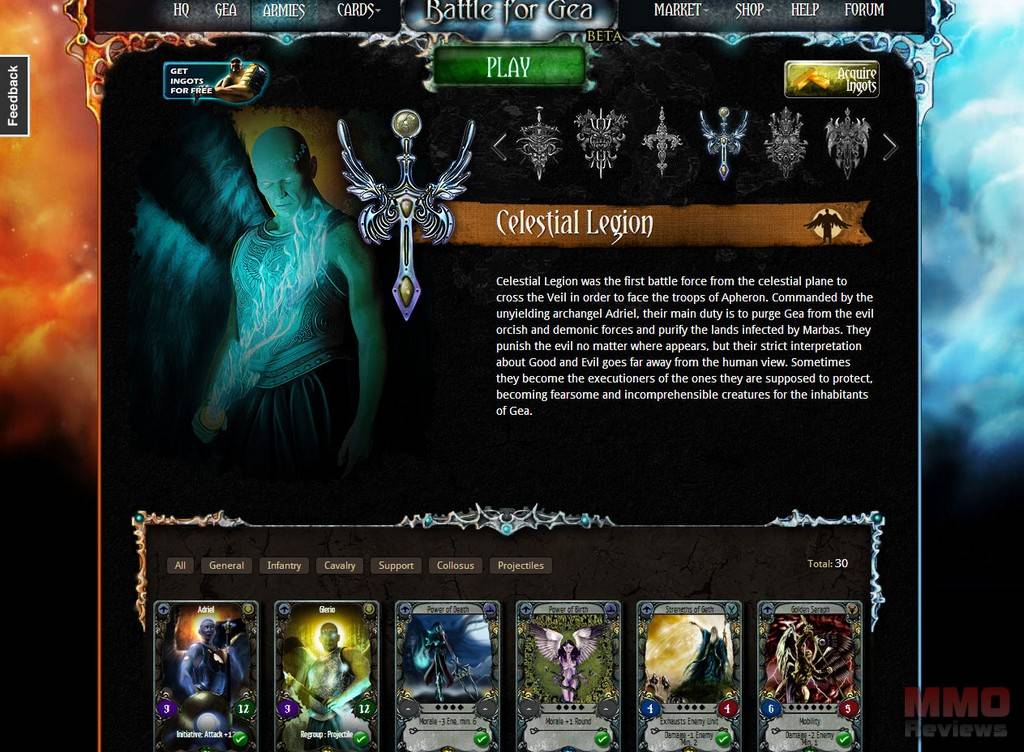 This free-to-play browser-based trading card MMO is a strategy-focused turn-based game that pits players and their deck of cards against each other in exciting tactical battles where players can devise their own forces from over 300 original cards with their own stats and abilities. The game offers a variety of social and mechanics-based features for players to explore as well as progression-based and achievement-focused content as players advance through the game.

The world is divided by Order and Chaos, a constant balance that must be kept where both sides struggle to claim souls of the immortals from the lower realm, one powerful soul in particular belongs to the dragon Guardian, contained in a vial, and was responsible for the integrity of The Veil which blocked access to Gea from the other planes. This vial was destroyed and the essence that spilled forth destroyed the Veil and broke down the divide of the planes and now great armies and extra-planer armies fight for control over Gea.

The game is a trading card MMO where players will fight in one-on-one duels using their acquired cards and built decks in a tactical turn-based battle using classic mechanics with a few unique twists. Players can compete in PvE campaigns or battles against players and even in tournaments to try and earn rewards, cards and the prestige of being the top-ranked players.

There are currently ten playable factions that are split into three primary forces/ allegiances; Chaos, Order and Neutral armies with the various cards coming from one of these particular factions. As part of their deck, players can only use cards from a faction that shares the same type of Forces.

Two of the main type of cards that will make up a players deck are the Generals cards and the Support cards. Generals are the leaders of your combat cards and it is the enemy General that players are trying to defeat, each General having their own Morale hit point pool. Successful attacks during a match will deplete this pool and once at zero the General is defeated. Generals also have a Command Point resource pool that when applied to a Combat Cards attack can multiply the strength of the attack depending on how many Command Points are spent to during the turn. Finally, and here is where the General shares a similarity with the Support card, both types have unique attributes/ abilities that will enhance the Combat Cards in various ways to aid them in battle.

During a match, four Combat Cards are drawn, each coming from one of four different Unit types: Collosus, Projectiles, Cavalry and Infantry, where as often as not certain unit types will have an ability that gives them advantage over another unit type or certain types of ability are more unique to certain Unit types.

Each round, players take it in turns to attack the enemy, choosing their attacking unit. The opposing player will choose any available defending Combat Cards and the two will go in a head-to-head fight. Each Combat Card has two key values; Strengths and Damage, it is the Strength value that is the most important initially as whichever card has the highest Strength value will win that particular fight, though various abilities gained from the Combat Card itself or Support and Generals cards can enhance this value, as well as spending the Generals’ Combat Points.

Whichever card has the highest strength after all the enhancements and modifications have been made is the winner and the Damage value of that card is dealt directly to the Morale pool of the General.

There are all manner of Achievements that players can unlock for completing various actions and tasks in the game as well as Missions that players can actively work towards such as achieving 200 victories, defeating a specific faction a certain number of times and more.