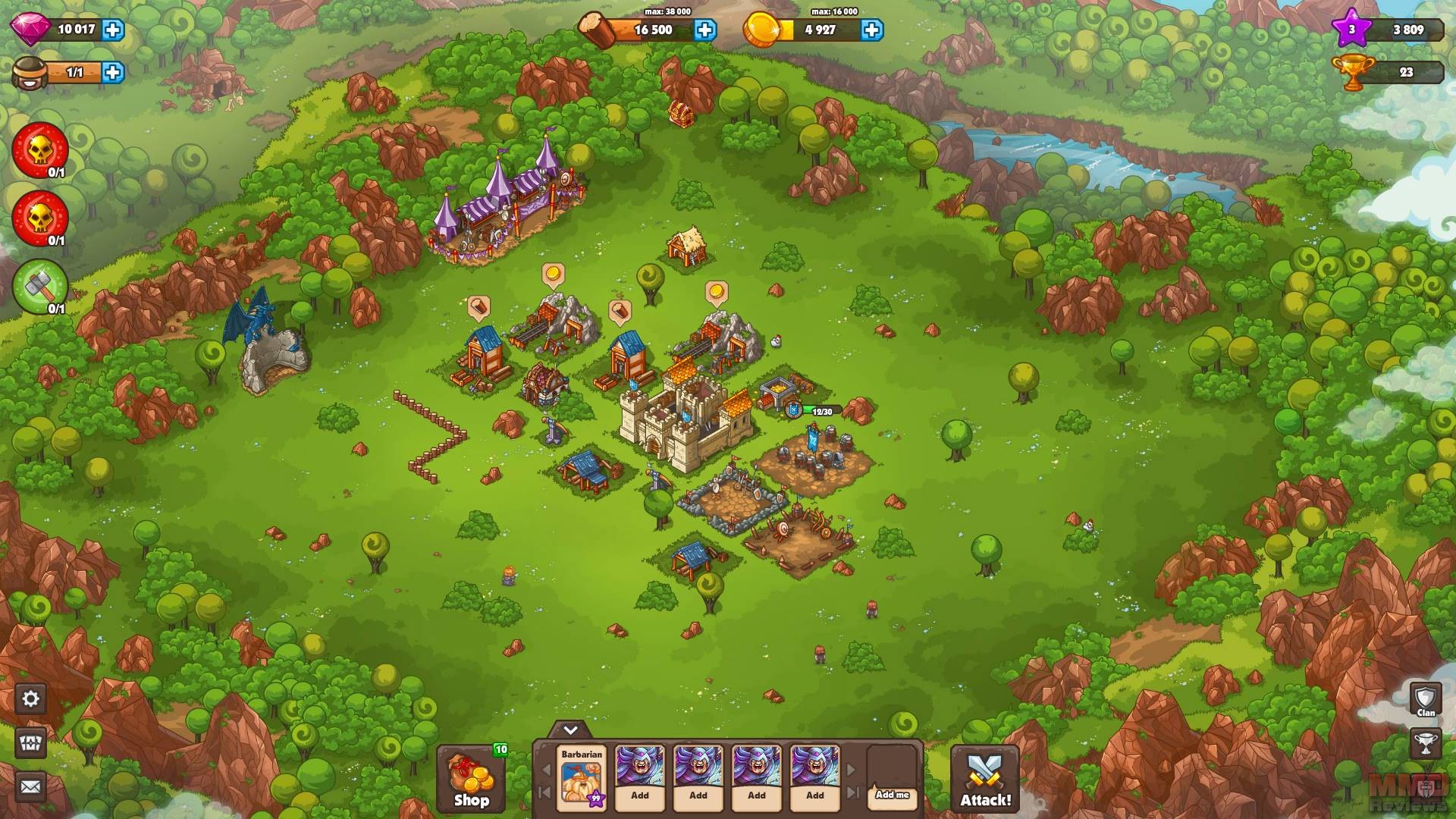 Free to play Base Building - Strategy

Barbarians gives players the chance to go up against each other in exciting, strategic PVP where they must defend their bases from each other’s attacks whilst trying to expand their town by constructing various buildings and gathering resources. Barbarians can be accessed through web browsers and is free to play.

The primary concept of Barbarians is an attack and defense based MMO pitting players against each other in a battle of survival whilst trying to climb the PVP rank ladder to earn rewards, players must be military strategist, engineer and resource manager in the game all at the same time. The game focuses mainly on PVP with rival players fighting against each other in constant tug of war of raids and town defending, creating an exciting back and forth throughout.

First and foremost players must construct their town, starting with the basic requirements such as a Keep, Mine, Saw Mill, Storage, Barracks and a Camp players have all they need to start up their new town. New buildings are unlocked as players level up, gaining XP through Quests and combat, including powerful defensive structures and weapons that will help them fend off their rivals. Every type of construction takes time, from minutes to hours, as well as occupying your Worker units; players only start out with one worker and so can only build or upgrade one building at a time.

As well as time and Workers all construction, and a variety of other actions (including training units) will use up resources; these come in the form of Wood and Gold and are vital to a thriving town. These resources will be passively acquired through the Saw Mill and Mine, though players can only hold an amount based off their storage capacity, so building more storage or upgrading existing storage is a priority. Secondly, by completing the various Quest tasks that are given throughout the game players will have a steady income of resources to keep them going for a while, primarily though players will acquiring resources by fighting other players and stealing theirs!

There are numerous units available to players, again, new units are unlocked as the player levels up giving more power and variety to the army composition during a raid. Each type of unit has its own particular methods of fighting, whether ranges or melee, as well as key targets that it may prioritize in a battle or particular defenses it is stronger or weaker against. Players can train up whichever units they like, but the maximum number of units they can have in their army is based on the size of their Camp structure, this must be upgraded to increase the army size, but can only be upgraded to the same level as the Keep structure which is extremely expensive to upgrade and takes a lot of time.

When a player is ready to fight an enemy, either a randomly selected player or taking on the AI campaign, they get ten seconds to scout the enemy town looking for the best place to start placing their units for the attack; later higher level towns have a variety of walls, catapults and crossbows that will make life difficult for attacking units. By attacking buildings players will acquire resources, providing they stay alive long enough, the more buildings destroyed the higher the players score and the number of resources they gather; if all the buildings are destroyed then the player claims a total victory. However, the attack also ends if all the players units are killed or the attack timer runs out.

Players can acquire Cards to give their units and structures boosts, either for combat or production, these can be purchased with Stones earned by fighting in PVP and allow them to purchase a card for 7 days. Alternatively they can be bought with the Crystals premium currency as a permanent card to their collection, players can play cards in their active slots, with more slots opened up the higher the players Fame rating.